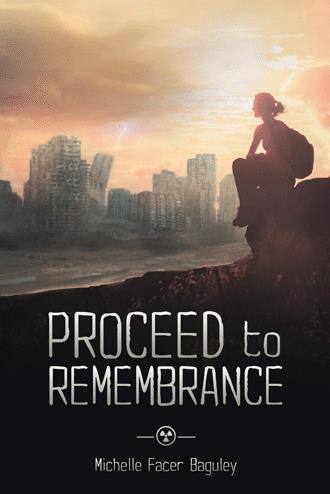 Emery could hear it again, the whimsy that held her youthful soul in peaceful surrender. Here in the desert, there were things that she could not explain as the sun was taking a toll, on her already battered mind.

Musicality tuned for her ears and her ears alone, she heard it. She wanted to describe it and decided that the rushing of water over pebbles aching for refreshment was a far cry from what she wanted to say. Even so, the imagery found its place within her mind's eye, and her heart was soothed by it.

Joyful memories began to play, evoking the gifts of recollections that had been stolen or forgotten in this world of governing control. She remembered playing beside a brook when she was about two years old. Grand Nanny was watching cautiously from the bank, as she dipped her toes into the icy liquid which bathed both body and soul.

Emery tested the waters with careful reserve, wading in and then backing out as she braved the cold. Once she was accustomed to the chill, she splashed about, dowsing herself and her nanny with the clean, bright, life-renewing nourishment. Emery remembered that she could play here all day and never tire of the rushing waters teasing at her feet.

She picked up pebbles and tossed them into the fray, watching them tumble through the current as if they hadn’t a care in the world. Wondering when and where they would stop, she yearned to follow after them.

As she watched her taking a step into the deep, Grand Nanny gently reminded Emery that the current was swift and that her independence would be fleeting if she neglected the boundaries of safety, set by her ever watchful caregiver.

Sometimes Emery tested the boundaries that Grand Nanny set and ended up with a nose full of water. Even as the icy liquid poured through her sinuses, causing shooting pains in her head and sticky snot to drain down her cheeks, she loved the sensation of the freedom to choose.

Reveling in the beauty of the moment, she continued to splash about with joy and wonder, forgetting that her life was not her own.

And then there was a dog. Emery remembered a dog. It was the first time that Emery had seen such a creature and she couldn’t resist the temptation to touch it. Emery climbed out of the water, coming eye to eye with the magnificent beast before Grand Nanny could caution her.

She pulled at its fur not knowing that a pet would have been the preferred greeting and was taken back when the dog licked her face with a big sloppy kiss.

Never afraid of anything she licked it back, only to find her tongue covered in woolly fur.

She spat and sputtered, trying to release the captive threads, nearly gagging as a few of them slipped down her heaving throat.

Immediately Grand Nanny was at her side, dipping her tongue in and out of the nippy creek, refreshment cleansing her fur-lined pallet with droplets of H2O.

The dog sat and watched, apparently amused by the commotion that he had facilitated with a kiss.

After a good washing, the gagging stopped, and Grand Nanny stepped aside, allowing the child to manage her reaction.

Ready to face her nemesis, Emery crawled on all fours until she was once again eye to eye with the massive retriever.

“No Kiss!” she said, warning the dog in no uncertain terms that he had crossed the animal, human boundary. “No Kiss!”

Grand Nanny, nearly split her sides with laughter. Joyful glee, expelled from every fiber of her being. She rolled on the thick green grass that tickled the banks of the brook coaxing it to share its burden with an overflow of moisture. Soiling her white apron, she rolled and rolled, unable to control the merriment that possessed her. Surprised by the pure expression of delight, she laughed until liquid cheer spilled down her rosy cheeks.

Emery and the dog sat staring, utterly unaware that they were the gist of the giggles that brought happy tears to an old woman's eyes.

Grand Nanny came to them. Still laughing, still crying, she sat, filled with glee and jubilation. Although she was not allowed to say it, she couldn’t help her feelings. Grand Nanny loved this child with all of her heart, and she hoped that Emery knew the joy of a mother’s love through her.

Finally able to control her emotions, she lay back and pointed to a puffy white cloud that looked like a fish.

Looking up into the pallet of blue and white, Emery laid down, pulling the scruff of the dog until he was lying beside her. She pointed at the sky and said, “Dog.”

Grand Nanny couldn’t see it, but it was clear that the dog and Emery could.

Emery smiled at the memory. It was, a perfect day!

While ruling for ages, Aria Governess Supreme has kept a tight rein on her subjects, eliminating free will through brain-computer interface and hippocampus manipulation. Aria commands life or the disposal of it without fear of retribution or affliction of conscience. When a nuclear holocaust destroys the world she created, her disaffected scout, Cliff, gazes over the barren land seemingly devoid of life and wonders what is next in his journey to survive.

Even with the employment of Aria’s scientific prowess, one subject remains untamed. Emery, both a hindrance and a marvel to the Governess Supreme, has tested the bounds of Aria’s resolve at every point in her life. Despite the brain-computer interface and governing control, Emery has managed to lean on the teachings of her Grand Nanny for guidance, fight the restraints placed upon her, and ultimately find her way through life. Now as she wanders the desert afraid and alone, Emery vacillates between her memories and her harsh new reality. But when her path ultimately crosses with Cliff’s, everything is about to change.

In this post-apocalyptic tale set in the remnants of a destroyed United States, an untamed subject and a defiant scout attempt to survive in a world run by governors desperate to exert absolute power.

Michelle Facer Baguley is a recovering politician who once served as a city incorporator, city council member, and transit trustee. She has also worked as an assisted living activity director, but the titles that give her the greatest joy are wife, mother, grandmother, sister, and daughter. Michelle currently lives in Herriman, Utah. This is her first book.