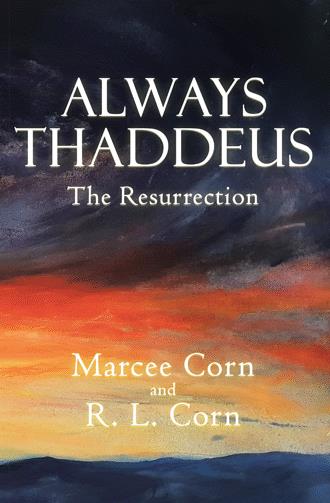 History is a peculiar thing. It can be a predictor of what is to come and, just as easily, a reminder that things will never be the same. As contrary as it sounds, history foretells the future at the same time as it attests to its unpredictability.
Relationships have their own sense of history. As steel is tempered in fire, the bonds between individuals are often enhanced when tested. Upon entering chaos, individuals may become stronger if they walk through the flames together. This “fire walk” often creates the foundation for the relationship.
However, the same things that can make some individuals strong, makes others weak. The same fire that tempers steel can also consume, leaving only ashes. Daily pressures can pull and tear the fabric of love. The trauma of life can become so severe that the return to the idyllic past no longer seems inviting. The act of moving forward is not a choice; it only represents the lack of one.
History is a peculiar thing. Sometimes the past must be left behind in order to make room for a new future.

The Absence of Love

Strings pull and fabric tears;
the absence of love too much to bear.
And is guilt evenly spread
when you finally hear the words you’ve said?

Pleasant memories fade, one by one.
Reasons to stay dwindle to none.
Should you now question what your heart first sought,
as the pain of love was more than you thought?

But sometimes meaning is found in the mourning;
it is tempered strong in the storm’s warning.
Maybe we could accept the losing and the winning
if we could only see the end from the beginning.

As Andrew Morgan’s eyes slowly opened, he realized that his prayers had not been answered for the 364th time. This was not a bad dream; it was his reality. He was not waking up in his beloved Owl’s Nest, Maine. A new, fresh hell was awaiting him today as it had every day for the last year. It was not going to be any worse today than it was yesterday because varying degrees of misery were indistinguishable here.
Aggressiveness and fighting were a part of everyday life. Andrew had his share of fights growing up, but this was different. There were no brief skirmishes between friends that ended up with handshakes and renewed friendships. Other prisoner peers wanted him dead and could have cared less if he died. The guards did not get paid enough to care if he lived or died. Sometimes, the guards instigated fights to see who would win. Depending on the victor, the guards would collect their winnings and look for other ways to pass the time.
Jimmy Arrigo shared the small cell with Andrew. Jimmy, or Sorriso as he was known in the west block, was also in jail for killing his wife. Not a day went by that Sorriso did not take increasing pleasure in tormenting Andrew about his wife.
“So Drew,” Sorriso would always start. “What ‘cha hearing from Sandy, today? Oh yeah, I forget . . . she’s dead, right? Aren’t you glad you didn’t have nothing to do wit’ it?”
Andrew was painfully aware that Jimmy’s taunts were of a middle school caliber, but he was incapable of ignoring him . . . especially when Sorriso brought up Sandy. This morning would be no different, except for one thing - he had woken up with no hope.
Andrew moved so quickly that he surprised himself. Grabbing Sorriso by the collar of his work shirt, he slammed him against the cell bars and smiled when he heard a satisfying crack as Sorriso’s head hit the metal bars.
“You don’t have the right to mention my wife’s name,” Andrew barked. “You don’t even deserve to say her name. If you hated your wife, that is your business, but I loved mine. I swear . . . I will tear your heart out if you even mention her again. Do you hear me?”
A slow and rare smile crossed Sorriso’s face. “So Drew . . . where did this big man come from? You really think you have the clout in this hellhole to hurt me? Do you think there is a man in here that doesn’t hate you? You had it all: a beautiful wife, some fancy pants career playing music . . . and apparently a lot of money. But you threw it all away, didn’t you? And for what? Some groupie on da road. Didja’ just git bored of having everything you wanted? You can’t hurt me, Drew. I can have every one of your fingers broken by evening. How will you feel after you come to grips with never playing that stupid organ of yours again, huh? How’d that make you feel?”
Andrew loosened his grip on Sorriso’s shirt but continued to look directly into his eyes, “Sorriso, do you really think there is anything else that you’re capable of taking away from me? I lost my wife, my son, my unborn baby. Do you think I give a crap about whether I ever play the organ again? You can’t hurt me, Jimmy. I suggest you be very careful about what you say. It can be dangerous messin’ with a man that has absolutely nothing to lose.” 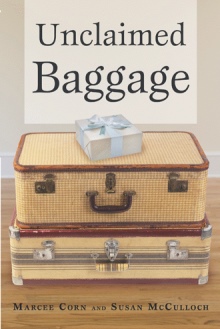 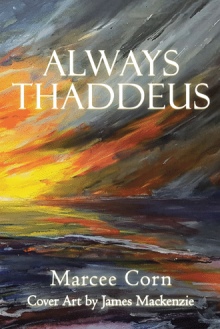 World famous musician Andrew Morgan serves a prison sentence for killing his wife, Sandy – a crime he didn’t commit. His ex-wife Beth planted overwhelming evidence against him, so he feels literally and figuratively trapped in a hopeless situation. Reporter Jan Smith is compelled to help Andrew prove his innocence, but time is running out as every day in prison could be Andrew’s last.
Meanwhile, outside events will soon coalesce to affect Andrew’s life. Coast Guard Petty Officer Craig Hendershott rescues a Jane Doe from the raging sea, linking them forever. Handsome and powerful Spanish tycoon Ernesto Chavez finds Margaret Buchanon irresistible, and her appeal may entice this bachelor to finally tie the knot. The fine line between sanity and insanity will be tested as the two move rapidly toward matrimony.
Two of Ernesto’s employees, Maria Sarduchi and Tonya de Lugo, learn some of Beth Morgan’s secrets. They will either become good detectives—or dead ones. Ultimately, eight individuals come face to face in a powerful courtroom battle that rocks international shores. As the truth is revealed, will it be worth the price as Beth’s devastating wrath comes full circle?

Husband and wife Marcee and R. L. Corn team up to write the sequel to her bestselling novel Always Thaddeus. In a unique approach to co-authoring, this was written as two separate works, combined late in the writing process. The final court scene was penned last with each author writing from the perspective of individual characters. The Corns live and write in the mountains of North Carolina.