A Curse, in Black and White 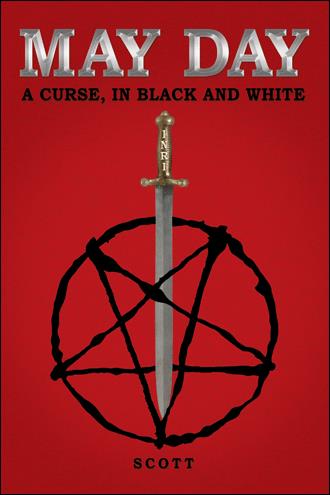 In the tumult of this modern world, it is suddenly necessary for Muslim and Christian activists to unite to oppose Satanism, widespread in the United States. Hermano is a minister on a mission. Toby is an Air Force veteran working to avenge his murdered niece. Texas ranchers the Hunts are in the midst of a serious run-in with the church of Satan. Prepared for the battle ahead, their journey begins with the extermination of all participants in a black mass in Colorado. Simultaneously, at a rural ranch in north central Texas, a wealthy rancher is murdered at the site of a mysterious cattle mutilation. An Afghan boy must be rescued from a powerful Satanist near Vail, climaxing in a final bloody confrontation. The author, Scott, had cause to thoroughly investigate the organized church of Satan when he learned they were responsible for the abduction and murder of a child in Denton, Texas—and yet, authorities did nothing. Scott made himself an expert on Satanism and the elements of “magic” ritual, which became the inspiration for this book. Join the dark journey as unlikely heroes expose evil in the government and beyond.

The author, formerly a professional investigator in Texas, had cause to thoroughly investigate the organized church of Satan when he learned that they were responsible for the abduction and murder of a little girl in Denton, Texas. Receiving no help from local law enforcement, the author determined to make himself an expert on Satanism and the elements of “magic” ritual. May Day, A Curse in Black and White is the fruit of that endeavor.