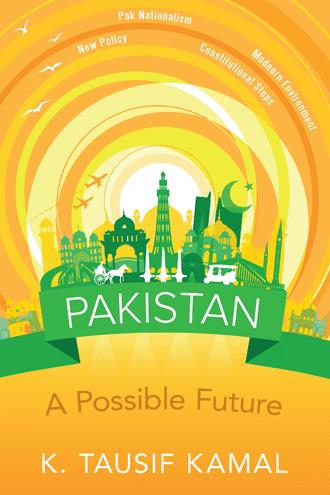 A unique analysis of  Pakistan's predicaments, its near bankruptcy, relentless terrorism, with practical suggestions to overcome them. Great, first hand, balanced  piece.

Pakistan is the world’s second-largest Muslim nation; it is strategically located and armed with nuclear weapons. It is also in a precarious position: its economy is collapsing to the point of bankruptcy, and many factors other threaten its stability as well: terrorism, ethnic uprisings, unsustainable population growth rate, water scarcity, illiteracy, and poverty. Even so, author Tausif Kamal points to country’s nationalism, resiliency, and survival instincts as things that could ensure Pakistan’s viability and continuity as a nation-state.

In Pakistan: A Possible Future, Kamal traces the country’s constitutional history and holds its two most respected institutions responsible for the disruption of the rule of law and the instability that resulted from the disruption. For future survival and progress, Pakistan must strive to become a non-revisionist, non-violent, peaceful, tolerant, market-oriented, modern state. To accomplish that goal, Kamal proposes tough, pragmatic, and achievable measures the nation to ease its problems and begin the process of reforming itself.

Focusing on the future of Pakistan, this unique, wide-ranging study offers an unflinching analysis of the nation’s predicaments, both foreign and domestic, and provides practical suggestions for overcoming them.

K. Tausif Kamal is an attorney, author, and current affairs analyst who has written about Pakistan, his home country, for more than twenty-five years. He has traveled extensively in the Middle East while working as counsel for various corporations and as a general counsel for Yemen’s national oil and gas company. He is active in human rights and prodemocracy organizations. The father of two children, he is currently based in the United States.