The Voices of the Unpeople 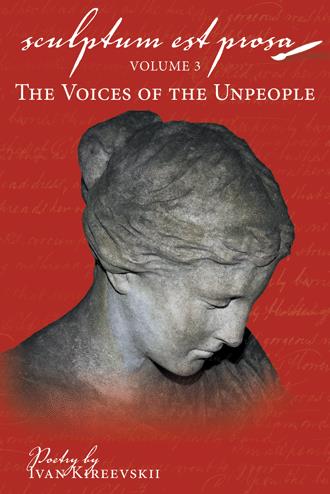 I love this country. But I am deeply troubled by the path and methods that were used to get us to this place. I also am outraged and saddened by our more recent foreign policy engagements and actions that have left large segments of the world population in very disadvantaged circumstances.

Many of us in this country today live in better conditions than the God's of antiquity. But many more live in squalor and poverty.

My poems scream out at this unconscionable disparity and the hope that it will reach the hearts of many of those who read my words.

In this third volume, I will attempt to capture the events and forces that are resulting in loss of millions of lives and the connection to geopolitical and economic interests of today's global powers.

In a mere fifty years, we have seen one-hundred million people die in misery and silence. We must ask ourselves: Has there ever been a time before, where massacres and malnutrition divided the world between them... the "unpeople" and you and me?

I don't think so. 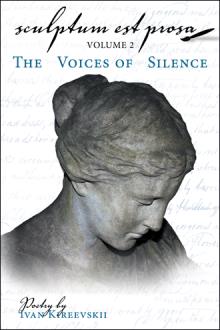 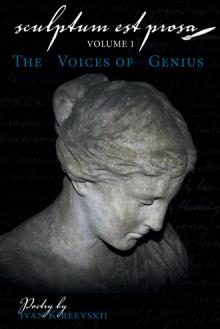 In a mere fifty years, the world has seen one hundred million people die in misery and silence. And so one question remains: Has there ever been a time before where massacres and malnutrition divided the world between the "unpeople" and us?
In this third volume of his Sculptum Est Prosa poems, Ivan Kireevskii captures the events and forces prompting the disheartening loss of millions of lives while examining the connection to geopolitical and economic interests of today's global powers. Within poems haunted by the voices of political leaders, writers, historians, scientists, philosophers, thinkers, world citizens, and activists of all kinds, Kireevskii reflects on human tragedy while exploring the causes and effects and their consequences.

A wandering ascetic, born stoic, was taught by Hume... where he learned to question the absolute. He became Vienna's myth-maker. He is Michelangelo and will paint you sadness. He is Montaigne and has relished solitude.
He is Descartes... was born a devout stranger, never a child.