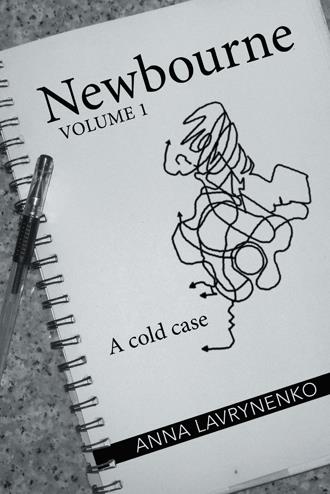 The car had finally passed the outpost and drove towards the blurred city lights far ahead. Miles glanced at the abandoned young lady, who was now listening to music coming out of her headphones. Goosebumps covered Kelly’s skin, she definitely felt cold and unhappy.

What a shame! Thought Miles with sympathy. All alone there, without answers, without amusement, with music being her only companion for the rest of the ride.

“How’s Kelly doing? Is she all right?” Smart asked warmly.

Frank pursed his lips discontentedly. Apparently, he didn’t like how it started.

Straight to business then, thought Smart.

“Well, were should I begin?” He asked vaguely, switching to his native tongue — Shiyakhat, and saw Frank raise eyebrows. For a second, Miles thought that detective would start asking questions about this sudden change, but then — he heard him speaking.

“Begin with the bad news.” Frank hesitantly pronounced in Shiyakhat.

“I’ve got no good ones here.” Detective Smart thought for a second and continued. “Look, yesterday, around ten, Keetch’s wife called Tom. He picked up the phone and heard hysterics and crying. When she was finally able to speak, she asked about her husband’s whereabouts.”

“Yeah! Tom was as surprised as you are. You know Jack, there are plenty of places he could’ve gone to.” Frank nodded, agreeing, and Miles continued. “He asked me to check all the hot spots. And I did.”

“What did you find?”

“Would you believe me if I say nothing?”

“Seems like he had completely disappeared from Newbourne around 9:00 p.m.” Miles replied in a quiet anxious tone.

“Impossible. Have you checked there?” As Frank was saying this, his voice began quivering with fear. All the fricatives and plosives of Shiyakhat language made his words creepy, but it wasn’t the general sound, which scared him, it was the meaning he implied, that made him feel uneasy.

“There? No. I haven’t. Spent almost five hours hunting his ghost around the city.” He sighed with disappointment.

“Have you reported already?”

“Not yet. Going to be the first thing to do this morning.”

“The whole situation makes no sense. Why haven’t you told me?”

“I am telling you now. Besides, you had a family business to take care of.” Miles gave a rear view mirror a glance.

Who would’ve wanted the lead investigator of Organized Crime Division? Thought Smart and glanced at Detective Harris, who was thoughtfully looking at the dashboard. He wondered what his pal was thinking about, and caught Frank’s curious look.

“I still don’t get it, why did we have to change cars? Was there something Cait told you?”

“Not directly, through Oliver, who passed it to Linda, but yes, a lot of something.”

“Who is being monitored? Me?”

“You, me and almost everyone, including lead investigators of other departments, detectives, and even the prosecutor.” Detective Smart swallowed nervously and continued. “We speak freely now thanks to MAI. They can’t hack her —”

“Has it been? I don’t know.” Detective Smart shrugged his shoulders.

“Do you think it has something to do with the recent matter?”

“This is a bad one.” Said Frank, dejectedly shaking his head.

Miles rubbed his eyes wearily and kept looking on the road. The city lights were getting closer.

“Miles, is there something else bothering you?”

“Well, yeah, all these talks have reappeared again.”

“You’re right. New V has been dramatizing over this topic for years, but somehow, I feel, that this time it’s going to be different.”

“Stop fooling around. What’s really bothering you?” Frank kept insisting. “It works both ways. I need your help — you need mine.”

“Not ready to lead this case,” Frank finished. “Am I right?”

“Are we talking about the same Jasmine Smart-Colley here? No?” Smart’s voice treacherously mocked his partner. “Because if yes, the last thing we should do is to doubt her abilities. If you’d known her, you’d —”

“Have enough reasons not to cross her path.” Frank finished his partner’s sentence. “So, you’re telling me she’s gonna lead this investigation. The right hand of that son of a bitch?”

“Actually, she’s just an Internal Affairs consultant, but if she wants to, just like that,” Miles clicked his fingers. “She can be assigned to this case.”

“What makes you think she would want to?”

Damn you, Frank, thought Miles, why do you always have to dive into such matters?

Keetch had been a pain in the ass for Internal Affairs since he moved into his new office, but nothing could make Jasmine take that case. Except for her brother’s direct involvement. And he, Miles, was already involved.

In the divided society of a mega city on its way to independence, police investigators are dragged into a series of dangerous events. A fight against the criminal organization threatening the city results in multiple deaths of people dear to Detective Frank Harris—most importantly, his wife.

When Frank’s only daughter returns home after a long year abroad, his colleague goes missing under disturbing circumstances. Jack was last seen in the majestic, modern city of Newbourne but now can’t be located.

Misled and distracted by different groups shamelessly fighting for power, Frank must rely on his guts and the kindness of strangers on his way to the Alter-City underground. Despite what he thought he knew, Frank soon realizes there is much more to his world than he imagined.

Anna Lavrynenko is a Ukranian writer, singer, artist, linguist, and teacher. She has constantly sought perfection while surviving the hardships and downfalls of life. Her thoughts, dreams, fears, and dramatic experiences all eventually planted the seed of an idea, which grew larger than she ever expected.