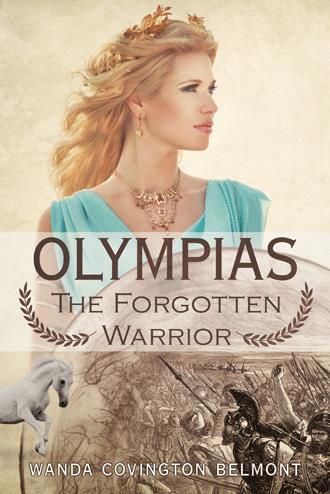 EPIRUS PRINCESS
The western mountains of Greece, in the country of Epirus, 357 BC.

Olympias, the mother of Alexander the great

Olympias suffered malicious slander casting her as a snake charmer and her brilliant warrior husband, Philip, as a fumbling drunk. Not true!

Philip knew Greece must unite into one country for their survival from Persia and other enemies. The Athenian orator, Demosthenes, opposed Philip’s efforts. Philip lost only two battles to one general, then Philip made a better stone-thrower and drove that army into the sea? Busy Olympias won the hearts of the Macedonians as she entertained the many visitors from many lands.

Demosthenes efforts to bring together the the best armies of Greece could produce to conquer Philip, was beaten by Philip in one day.

But, Philip chose a new queen. The consequences were severe.

Olympias in the last chapter, tells all!