The Life of an Idiot 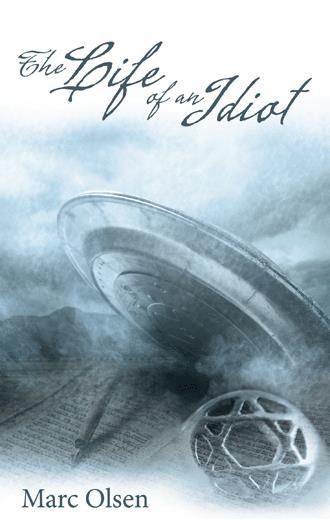 Stress, the imminent threat that constantly haunts me day and night, never giving me the autonomous joy one should feel when in control of oneself. It’s the antithesis of Emerson’s essay, “Nature.” Only in my particular existence, the air is no cordial of incredible virtue, but analogous to what the ancients described as an evil wind, which in a subtle way, reminds me how humankind is destined to suffer.

All people are subject to this misery, and if they deny it, they’re living a lie that they’ve comprised and conjured up to compensate for this miserable existence. It seems like we’re all trapped in this whirlwind that comparatively resembles that of a scene out of Dante’s famous Inferno.

My friend Jimmy stumbles through the door. “Hey, man, shut the fuck up with all your bullshit. Maybe if you weren’t such an asshole, your life wouldn’t be so shitty. You see, I have this philosophy: we’re all just a bunch of assholes—as in people like us—and if eccentric individuals such as ourselves would choose to renounce this position, their disconsolate lives would cease to be shitty.”

“Hey, Jimmy, you know, you always have the most comforting words that turn my my gloomey skies of grey right into sunshine. I just want to say thank you.”

“Go fuck yourself and hit this joint. These stupid fuckin’ youth call the shit gorilla glue. I mean, what the fuck is that about? Their fuckin’ music sucks, and they’re all retarded, thinking their lives are rap videos.”

Jimmy hands me a joint and I take a long drag from the aromatic cannabanoid; suddenly I’m back there in front of my grandmother’s tombstone. As much as I miss her and am saddened that she’s gone, I feel a wave of anger shooting through me as I look at the remnant of what used to be a beautiful life which now is nothing more than a vegetating headstone. More anger shoots through me as I think of the cost of her funeral and how those fucking crooks at the funeral parlor make a fortune off of death.

This perilous anger must permeate out of outer darkness. I call it the thing below itself. It's origins are of metaphysical substance and ruminate through the central nervous system, not quite the same as Emerson’s “ethereal waters” which bring about amicable sentience. No, this source has gloom written all over it and must come from what the Jews designate as the counterpart to Abraham’s bosom, which is also known as the place of suffering. All dark energy arises from this abyss and is antagonistic toward humankind.”

“Grandma, why the hell would you procreate and bring another life into this horrible world, knowing the consequences that transpire throughout life?”

I suddenly hear her voice, and a surge of happiness starts to course through my veins.

“Honey, stop getting all worked up. Life is short, and you have a lot to accomplish. Don’t get sidetracked with all that nonsense and quit talking so foolishly. I love you.”

As the golden bowl is broken, my intrinsic self leaves the graveyard, and I find myself back in my living room.

“George, what the hell, man? You take a hit of weed and nod off like it’s some dope? I’m out, man. Take care.”

See, the only time I can rid myself of this pain is with illicit substances, but even then, melancholy still hovers over me like the cloud that hovered over the children of Israel’s tabernacle in the wilderness. It’s always there, and no matter how hard I try—even in happiness—it’s present. Well, it’s five o’ clock somewhere as I start to feel the shift of the sidereal bodies in the sky pulling at my subconscious. Once again, I feel influenced by the gods to indulge in some of Dionysus’s gift to humankind.

I throw on my coat and cap and head through the smog of what corporations lobby mass amounts of funds to get away with: exposing the ozone to these types of poisonous fumes. Where is Hermes to submit the Great Leviathan and bring harmony into this chaotic world of entropic pollution?

Youths dance in the streets, throw their hands in the air, and sing lyrics to contemporary hip-hop. The world has changed a lot since I left it five years ago. I walk into a store, ask the clerk for a pint of Goose, and grab some lemonade. The founding fathers would roll in their graves if they knew how these prices of comodities impoverish the souls of the citizens of this capitalized dystopia that resembles more of a mass corporation.

Out of the store window, I see a church and think of how Kierkegaard held them accountable for transforming the god of the spirit into a ridiculous piece of nonsense.

Well, as Solomon once wrote, “Nothing is better for a man than to eat and drink” (Ecclesiastes 2:24) I walk back through the door of my home, take a swig of the Goose, and chase it with the lemonade. I feel the spirit of Dionysus starting to engulf my body as I attempt to replicate the extrinsic world beyond space and time. Aristotle would emphasize that one should partake in pleasures with temperance, and Epictetus would teach to guard yourself against being carried away by it, but for some reason, I can never master the art of temperance.

George battles drug addiction and a dark past. He sees life though the eyes of a nihilist and makes satirical jokes about the mess of the world. Both his philosophy and his jokes instruct his opinion on topics like politicis, corruption, ancient alien theory, and pseudo-theologies held by conventional fundamentalists.

The Life of an Idiot urges people to face the ills of contemporary society in a creative way. Author Marc Olsen’s familiarity with various philosophers allows fictional play with their personalities, injecting humor into this weighty tale.

Incased in George’s story are psychedelic scenes that fascinate the imagination while addressing quintessential, mystical, and obscure theosophy. This is a must read for any intellectual fascinated by religion, the economy, government corruption, and the opiate epidemic.

Marc Olsen is a self-educated man who battled drug addiction. While serving a five-year prison sentence at the age of twenty-five, he fell in love with literature. He now lives in Wisconsin, where he enjoys spending time with his family.