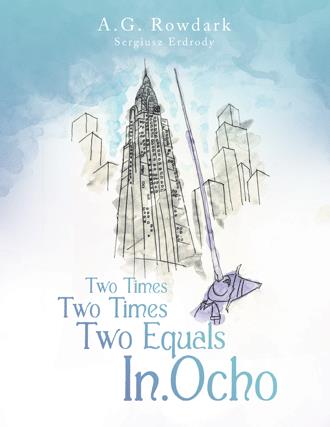 A few days later In.Ocho visited the museum of science.

“Please, don’t touch,” a sign at the entrance of a hall clearly and politely warned. All the visitors could clearly read it, for the print was utterly large.

Despite the clarity of the rule, In.Ocho could not help but breaking it, for his straight and ever-growing neb was extremely long for that hall.

As he turned around, it dangerously swung. It did so several times ‘til it jostled a gigantic rinocchiosaurus that was part of the fossil exhibit, breaking it down into thousands of pieces.

There was a larger sign with a larger typeface in the next hall, though this one was a little more commanding.

“Do not touch,” it advised.

Again, In.Ocho could not avoid getting in trouble, this time thrusting a lifelike whale in the taxidermy exhibit.

An ashamed In.Ocho decided to flee the scene before anyone could notice the damage he had inflicted.

Yes! There was an even bigger sign. And this one had an exclamation mark. The boy had the firm intention to not break anything this time; after all, this was the museum’s gift shop.

Unfortunately, things did not go as expected.

“This time it was not my fault,” In.Ocho fruitlessly claimed.

“I swear I tripped.”

No one believed him in view of his long nose, making the oopsie count as a lie.

Besides, he was not supposed to swear. In.Ocho had fudged it again.

The outcome: A nose that doubled anew...

In.Ocho is a mischievous wooden boy who loves visiting the zoo to watch birds and pull their colorful tails, and to the museum where he plays in the exhibits and snaps fossil bones. Even when In.Ocho is in school, he finds trouble. But there is one problem: every time In.Ocho is naughty, his wooden nose doubles in size.

The puppet boy must begin behaving or else his nose will grow out of proportion. But of course, he doesn’t listen and soon, his nose extends beyond the world’s limits and becomes an immeasurable pillar that reaches to the heavens.

A.G. Rowdark is a studious educator who has spent hundreds of hours in his classroom reading to children. He believes that the more children enjoy reading, the better readers they become. Both A.G. and his partner, Sergiusz, reside in Humble, a suburb of Houston, Texas.