The Power of the Divine Soul 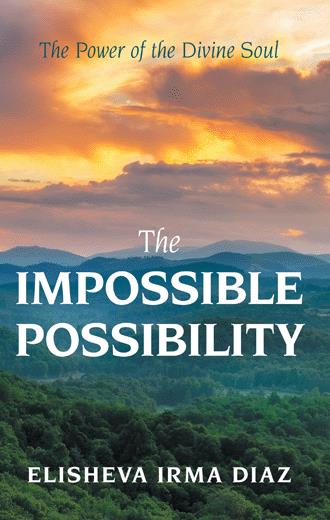 The Tasks of Grieving

A task is not only a job but an assigned job one cannot get out of. On a mundane level, I can help someone paint a room but I am helping willingly. It is not a task that has been assigned that I must do. There are tasks assigned to us during grief that we cannot get out of. An example would be; accepting the reality of the Loss. What does this mean?

First we must set the foundation for where we are in our life. None of us are comfortable with grief nor is it normal to be. Grief is not a natural way to live or think so it automatically does not feel like home. We may have moments where we become self-conscious thinking we are just not handling it right. It is awkward and we find ourselves looking for the right way to do it. The bottom line is, There Is No “right” or “wrong” way to do it when it comes to grieving. You are an individual with your own personality and you have learned to handle life in your own way. Never compare yourself with the way someone else is grieving and never allow others to impose their beliefs of how to grieve on you.

There are different cultures, traditions, doctrines, faiths and to add to all of that personalities. As mentioned earlier, sometimes the most insensitive things are said based on those differences. Perhaps someone says that you have to move on and be strong three months after your loved one passes. Maybe someone tells you that you need to clean and get rid of their things and get them out of your house because after all, it has already been six months. Maybe someone tells you they did not make it to heaven because they committed suicide or, they say you should thank God because they are in a better place. Then there is, again, the, “rejoice, they are with the Lord”. Granted, they all mean well but that does not help your grieving heart and mind. It does not make it easier for you and in some cases can apply so much sadness and/or pressure that it sets you back. While it is important not to deviate from the purpose of this writing, it is important that the point is made. People blunder again and again when it comes to the subject of life, death and grief.

One of the first tasks we are faced with is, not allowing the impositions of others to dictate our healing path and to allow ourselves to go through it our way. On the day of the funeral everyone is there it seems and although you sometimes wish you were alone, your thankful you are not. Generally, for a few days even weeks you hear from people and suddenly, silence. Every once in a while you have an exception to the rule and one or two in your life will check on you a little more often nonetheless, you are faced with tasks that you never saw coming. How will you get through this season in your life? Almost abruptly you and grief begin to get acquainted. This is now coupled with self-discovery as you learn about yourself and even if you thought you knew everything about your departed loved one, you rehearse life with them and learn more about them. This usually unfolds differently and unidentifiably for everyone.

One of the eye-openers that can be ignored but with time not denied is that you and others in your life will inevitably make the mistake of thinking that the only thing you are grieving is the loss of your loved one however it is much deeper. You are grieving the part of you that was lost when you lost them. Regardless of the relationship some things will change. Literally it can be like an arm was ripped away and that arm was a part of who you were when you still had them. I am no longer a daughter because I have lost my parents whom I had a very close and healthy relationship with. Another may say, I am no longer a wife or a husband, a sister or a brother, a parent or a life time friend. Through this loss you have lost not only who you were with them in your life but your role in your life for them and their life for you. We learn to identify with our roles so we grieve that we feel a change within us. This of course may (or not) lead one into feeling useless or inadequate. This is where the new normal must settle in down the road and, it will. You are now grieving losing some of yourself. Others in your life may not realize that your loss is far more dimensional than they think. Perhaps this new you is frightened and you may find yourself for a time lacking self-confidence. On top of all that your life style must change. Whether it is financial, social, or family related you are faced with the changes that must be made and all the while grieving. Maybe you feel so alone that you do not feel secure or safe. Perhaps simply the loss of your past seems overwhelming. Friends may behave differently around you and when you make new friends they never knew your loved one and that precipitates a feeling of betraying the past. Maybe your dreams are shattered because they included your loved one. Getting through these things cannot be put into a stage of grief, it travels through the entire grieving and healing journey with you and thank God it does because if it did not we would not experience the readjustment needed. These are part of our tasks through grief. These feelings are not stages, they are tasks, assigned whether we like it or not.

Our loved ones are not coming back. This may sound somewhat abrupt but this realization is a must in order for one to go to the next step. Allow yourself to go through the emotions from the pain of your loss. It is imperative that you acknowledge what you are feeling in order to get through it. Do not allow others to tell you how this works, including this or any other book. Do not be afraid of feeling what you feel.

You will find this book to be an easy read yet this writer believes it will be a helpful one for those that have experienced the loss of a loved one. The Impossible Possibility is not intended to be religious. If one had to label it, it would be better referred to as an interfaith and/or universal spiritual perspective on grief. Moreover, it was not written to persuade anyone toward a particular doctrine nor stream of faith, but to encourage the reality that there is life after death and that we can have hope that our departed loved ones have transitioned from life to life.

It is this writers contention that life here on earth meets death only to meet life again. This book was written based on my experiences as clergy and for over thirty years, ministering to people from all walks of life, cultures, and religions many, who have been faced with different types of loss that witnessed many impossible possibilities. It is true, the divine Soul is powerful. That which I said I understood for many years, I did not fully grasp, until, my work in Chaplaincy and Bereavement in the medical field through Hospice and Home Health. It truly opened my eyes. This season of bereavement in one's life is filled with impossible possibilities and it is best we move forward toward healing with this in mind.

Dr Elisheva Irma Diaz is a born and raised Angeleno. She is an international author, public speaker, and lecturer. She is widely known for her spiritual gifts and communication skills. In addition to her far-reaching interfaith ministry, she is in charge of the bereavement department at Emanate Health Hospice and Home Care (previously Citrus Valley Hospice and Home Health), which is affiliated with Emanate Health, Queen of the Valley Hospital, Inter-Community Hospital, and Foothill Presbyterian Hospital in San Gabriel Valley, California.

As a young adult, she entered the political world and served in a grassroots congressional campaign, which after a victory, opened many doors in Washington, DC. The height of her national experience in politics and government was during the Reagan and Bush White House years, where she served on transition teams and with the public liaison office. She traveled throughout the United States building special-interest coalition groups and later worked with Arriana Huffington as a consultant and public speaker.

Soon after this, she built a fairly large ministry. This ministry founded an institute that trained and ordained pastors. She was instrumental in planting churches that are still around today. She was the executive producer of her own international television program, which aired for fourteen years in 170 nations.

Her experience as a diplomate in government opened doors in South America where she visited and was hosted by the government annually for fourteen years. Consistently, she was given a strong voice to address parliament, which included members of the United Nations. Simultaneously, she worked with business and religious leaders across South America.

It was during this time that Elisheva (Irma) known as Pastora Irma began working with her team in the slum areas of Brazil, helping orphanages in their quest to rescue infants and children from the streets. She traveled throughout South America, including Argentina and Ecuador, focusing on teaching (Government, Business and Religious) leaders in biblical ethics.

Because she is a Sephardic (Hispanic) Jew and has knowledge of the Holy Land through her Hebrew studies, she has taken study groups to Israel since the early nineties. She holds a master’s degree in theology and a doctorate of divinity degree from Covenant Life Theological Seminary in Gainesville, Georgia. She furthered her education with her focal point on Rabbinic studies. She graduated in 2013 from Gratz College (a private coeducational Jewish college in Melrose Park, Pennsylvania). In addition to her ordination as a minister in 1986, she was also ordained a rabbi in 2012. She is the founder and president of Ayekah Jewish Foundation based in Los Angeles and Vice President and Co-founder of the Coalition for Sephardic Hispanic ladino legacy.

To have Dr Elisheva Irma Diaz, BAJS, MTS, DD speak at your special event, please contact us at: Email address: Elishevairmadiaz@gmail.com or Ayekahinfo@gmail.com