Spiritual Combat in the Invisible War 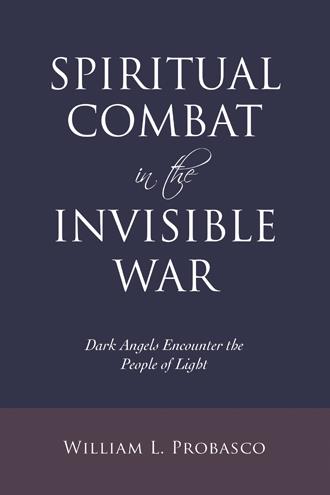 He wanted to talk. “Pastor, do you remember preaching about angels and Elijah’s chariot?”
I nodded. “Sure, Brother Port.”
His next word was a shock to everyone, including me. “Well, four of them are here and have come to get me. They say I’m going with them.”
I blurted out, “Do you really mean angels, Deacon?” He smiled and nodded to me. I thought he was hallucinating, but my old deacon began to point them out to me. There was one at each of the four corners of the bed, which meant that one was beside me.
I asked him what they looked like. “Like young men, maybe about your age, Pastor!”
His wife could stand no more talk about angels. She began to chide him, saying, “Oh, Papa, you’re just seein’ things.”
He smiled and repeated what he had previously said about the four angels. Then he said, “No, Mama. I ain’t seein’ things. All of you listen! They are here with us. I’ll be leavin’ soon. I’m goin’ with ’em!”

The Bible reveals angels to be indispensable companions and warriors in support of our invisible war against evil in the spiritual world.

But not many people know much about the dark angels who rebelled against God and are now our fierce and deadly enemies. William L. Probasco, a pastor, teacher, and counselor, provides essential information about good and evil angels.

Get answers to questions such as:

Probasco also shares his own experiences with angels, including the time an angel revealed his presence to him. While the experience was thrilling, he has not asked God for a repeat performance, but he knows they are there to assist him as long as he obeys the will of God.

The author also reveals the time he confronted a demon while counseling a woman in college and how he commanded the demon to come out in the name of Jesus.

Find out why angels and demons walk among us and what it means for you with the insights in Spiritual Combat in the Invisible War.

Dr. William L. Probasco has been a pastor-teacher, counselor, and conference leader for over sixty years. He has served churches in Texas, Arkansas, and Alabama. He has led conferences and crusades in many countries and is known as a gifted Bible expositor and teacher. He organized his present ministry, Church Ministry Resources, in 1983 as an adjunct ministry to encourage churches and Christian leaders to communicate the Scriptures accurately and effectively. He had four children with his deceased first wife. He and his wife, Galen, make their home in Attalla, Alabama.