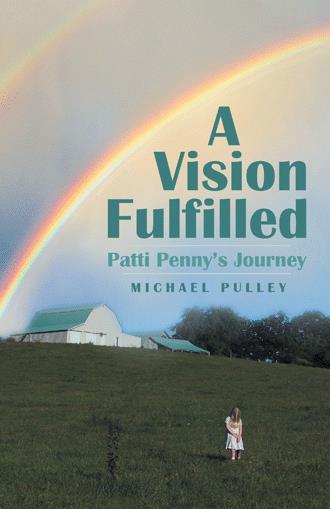 IN 1941 A YOUNG girl in Seymour, Missouri, was within eleven days of celebrating her first birthday when on December 7, 1941, the Imperial Japanese Navy Air Service flew two separate waves of attackers into Pearl Harbor, Hawaii, sending the United States into World War II in both the Pacific and European theaters. Patti Halbert, an avid reader by age ten, would later learn that 2,335 American servicemen died and 1,143 were wounded with eighteen ships sunk or run aground in Pearl Harbor. Several ships harbored there were destroyed, such as the USS Nevada, Arizona, West Virginia, California, Utah, Oklahoma, Maryland. She learned that in books. But before she could read, she would also learn from her mother and grandmother that her mother's brother, Uncle Sam (a fitting name), enlisted in the Army Air Corps at age eighteen, flying a B29, and that her step grandfather, Ed Anderson, went to Ft. Chaffee, Arkansas, as a hospital medic. Most men of Seymour were away at the war. As the adult Patti (Halbert) Penny said later, "My early life had very little male influence."
Did such a seminal event in U.S. history influence the young girl directly as it did almost every citizen at the time? Indeed. Some of her first memories were of food rationing. For example, her mother went on a date (Patti never knew her father) to Half a Hill dance hall in Springfield, Missouri, and stole a sugar dispenser. The daughter, being so young, thought it was wrong, but was amused her mother would do such a thing.
Much of her childhood was happy. During the war, her mother opened a beauty shop on the town square to make money. Women in town were receiving military checks sent from their husbands in the war. Also, the women began working at a tomato canning plant, the processed product shipped overseas for servicemen. Thus, many women had income for such things as permanents and manicures. The business prospered. Patti, her mother, and grandmother lived above the shop until the war ended, then moved behind the shop and rented the upstairs to a couple, a returning war veteran and his newly-married German bride. During the war the talk of the town revolved around hostility toward the Japanese and Germans. So when trying to assimilate his bride into Seymour culture, the veteran was often met with stern silences, if not open rebuke. Patti's mother, Mary, never harbored resentment toward the German bride, Sylvia, thinking such discrimination was wrong, but mostly because Sylvia was also a hairdresser. Yet, the young Patti wondered why her mother would allow the enemy in the upstairs apartment.
"I hate her," she told her mother.
"Patti, you shouldn't feel that way!"
Which did not stop the sassy girl from berating Sylvia whenever she could. Years later the older Patti said, "I spoke some pretty mean things to her, which I've always regretted." The couple left not long after moving in. Mary blamed Patti, causing a rift, among many others, between mother and daughter.
Still, Patti was mostly content living above the beauty shop. Her strong-willed mother (whom years later Patti's daughter, Paula, called "not kind") never backed down from asserting herself not only to Patti but to anyone in town. Mary spied a tricycle which she did not have enough money to buy and, thus, by flattery or through sheer scam, convinced the owner into giving the tricycle to Patti. Patti never knew the exact nature of the transaction, but was certain her mother "conned" the poor owner into relinquishing the child's vehicle.
The tricycle gave Patti the means to leave the isolation of her upstairs apartment as she peddled around the Seymour square. Not big enough to ride a bicycle, many wondered if the small girl should have the unfettered freedom not usually allowed someone her age, four and five years old. But neither Patti nor her mother listened to any whispers from locals not accustomed to such a free-spirited little girl and the forthright mother, who from her stern demeanor would not tolerate an argument from anyone daring to step in her way.
Mary Halbert's business thrived, the shop always busy while Patti often lay on her stomach with her coloring book, pretending not to listen but hearing all manner of town gossip, laid out in the tones and cadences of Ozarkian speech. Patti's grandmother did the shampooing and cleaning, while Mary cut hair, gave manicures, and applied permanents -- women wanted their perms in tight curls so they would last. Perhaps Mary's salon was popular because of a permanent wave machine she purchased at great price but which paid for itself in a short time. The machine had many metal clamps dangling from wires. After twisting the hair onto rollers, she would afix them onto the clamps and turn on the heat. The hair dryers were loud enough so that plenty of gossip was directed toward the silent women trapped under the machines, none the wiser that they were being discussed, often with rancor. Patti caught everything, her first encounter with how business involves people -- sometimes at their best and sometimes not -- carrying on at various levels, while providing a service and hoping for a profit.

Some give lip service to the American dream, some merely revere it, and some like Patti Penny pursue it rabidly, not just to better themselves and achieve notoriety, but with the goal of helping others also become successful.

In A Vision Fulfilled, author Michael Pulley captures much of Penny’s personal history. From her more-than-humble, small town beginnings, he chronicles her journey of determination and sheer spunk—always fraught with disappointments and setbacks—that eventually lands her at the top of a business venture she carved out for herself, forever giving back to a community she cherishes. He describes how her pre-business experiences shaped her, forming her into a caring, hardworking woman who is unafraid of taking chances and always treats people fairly.

A Vision Fulfilled narrates a story about the struggles inherent in achieving the American dream, which has guided so many for so long. It’s one woman’s story that has the power to inspire others and make them better people through courage and hard work.

Michael Pulley earned a master’s degree in literature from the University of Missouri-St. Louis. He’s been published widely in literary journals and has written novels, a short story collection, a memoir, and newspaper columns. Pulley has also been a high school and college teacher, college admissions counselor, and paralegal. He lives in Springfield, Missouri.