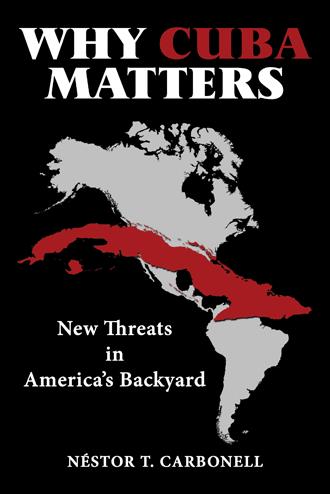 When U.S.-Cuba diplomatic relations were officially restored in 2015, many thought the “thaw” would reduce tensions and lead to a gradual political and economic opening in the oppressed island. Early signs were positive. Thousands of Americans flocked to the impoverished but fascinating island. President Obama was warmly greeted by Raúl Castro. And a hopeful “new beginning” in our bilateral relations was celebrated with great fanfare.
The theatrics in Havana, however, did not change the grim reality.
Detentions and poundings of peaceful dissidents on the island actually increased in 2016 -- sharply. So did the number of Cuban refugees fleeing to the U.S. The rapid growth of mini private enterprises (e.g. in-home restaurants and bed and breakfasts) – long cited as a sign of Raúl Castro’s “pragmatism” -- was abruptly halted by the government with a freeze on new licenses. And foreign investors still had to partner with state or military companies, and could not hire or fire employees or even pay them directly.
Following the reduction of Venezuelan subsidized oil and financing, Cuba’s economy stagnated (it’s now actually approaching recession with rationing of power and essentials), and many Cubans have had to rely on family remittances from abroad to make ends meet.
Behind the scenes, more ominous developments were unfolding. Toward the end of Obama’s presidency, some U.S. diplomats and CIA officers based in Havana mysteriously suffered brain damage. By early 2018, 26 American officials had been treated with similar alarming symptoms. U.S. investigations are ongoing, but experts believe the injuries were caused by targeted attacks, possibly with high-intensity microwave beams. Suspicions point to Russia as perpetrator, in complicity with Castro.
Moreover, a Russian spy ship has frequently docked in Havana, and Moscow’s submarines were spotted near Cuba, apparently searching for critical undersea internet cables. China, too, is stepping-up intelligence operations on the island. Now Cuba’s leading trading partner, China reportedly has been using the Bejucal electronic surveillance base near Havana, which is now being upgraded.
But what has drawn the greatest attention and concern is the political, economic and humanitarian crisis rocking Venezuela – a crisis in which the Castro regime has been playing an outsized role in collusion with Russia and China. Cuban military personnel effectively control Venezuela’s repressive, counterintelligence and paramilitary apparatus, and have so far been able to shield the Maduro dictatorship and forestall a democratic solution.
The insidious involvement of Russia and China in our hemisphere did not occur overnight. While the U.S. focused during the last two decades on the Middle East and the Far East, Russia and China quietly made their way into Latin America. They have been building their economic, geopolitical and military clout in the region -- in concert with Cuba, Venezuela, Nicaragua and other authoritarian regimes. It should be noted that both powers have already developed undersea, space and cyber capabilities, which could potentially cripple our country.
As to Cuba, for years after the collapse of the Soviet Union and the end of the Cold War, numerous American strategists and foreign policy officials thought that the island no longer posed any significant threat to the region and should be brought into the fold with forbearance and incentives.
This belief, possibly influenced by Castro spies in the Pentagon and the State Department (who have since been arrested), overlooked or downplayed a number of troubling developments highlighted in this chapter. Among them, the systematic “Cubanization” of Venezuela over nearly 20 years by Castro agents in key positions of the Chavez and Maduro regimes; the portentous Havana-Teheran connection, involving dual-use biotechnology; Cuba’s drug-trafficking and sponsorship of terrorism, including the smuggling of arms to North Korea, and the Castro regime’s growing military and strategic entente with Russia and China.
At least one well-informed and highly regarded U.S. military leader dispelled the notion of a flexible and harmless post-Cold War Castro regime and pointed to the looming danger of hostile powers and rogue states in this hemisphere. In his February 15, 2018 report to the Senate Armed Services Committee, Admiral Kurt W. Tidd, then-head of the U.S. Southern Command, warned of the inroads China, Russia, Iran and even North Korea have made in the region. He underscored Cuba’s “negative” influence on Venezuela and, ultimately, the direct threat the island could pose to U.S. national security in collusion with Russia and China.
It behooves us to heed the Admiral’s warning.
There is “a perception among our friends [in the region]—and the palpable anticipation among our competitors [he probably meant adversaries]—that we no longer stand by our commitments, that we are relinquishing our strategic position [in Latin America], and that we don’t take the challenge in this region seriously.” So warned Admiral Tidd in his testimony before the Senate Armed Services Committee.
He cited the menacing advances that China, Russia and rogue states are making in the region, “courting some of our most strategically important Latin American and Caribbean partners, and supporting authoritarian, anti-American regimes.”
The Admiral emphasized the threat posed by the Castro regime. He stated that, “from a national security standpoint, Cuba has demonstrated clear intent to target U.S. interests through collection, surveillance, and counterintelligence activities in countries throughout the region.”
Not deluded by Castro’s sly succession moves on the island, the Admiral contended that the [Cuban] military would continue “cooperation with Russia, China, and even North Korea, on a range of security, political and economic issues.”
He also underscored “Cuba’s negative influence in Venezuela—notably through its intelligence service and Armed Forces, which play key advisory roles shaping Venezuelan domestic policy.” This is evident, the Admiral added, “in the Maduro regime’s increasingly authoritarian tactics and human rights abuses… The relationship [between the two countries] is symbiotic, as Cuba receives oil and financial support in exchange for keeping the Maduro regime afloat.”
Roughly one year after Admiral Tidd’s wake-up call, the U.S. and other countries took a bold stand for democracy in Venezuela and considered imposing new sanctions against the Castro regime.

As an eyewitness to Fidel Castro’s rise to power in Cuba and other key episodes, Néstor T. Carbonell sheds new light on how the ruler and his allies deceived and subjugated the Cuban people and defied twelve U.S. presidents.

Just as important – if not more so – he reveals how the regime continues to pose a serious threat to the United States in collusion with Russia, China, and Venezuela.

The author draws on declassified documents and reliable unpublished testimonies, as well as personal experiences, to delve into the Communist takeover of Cuba, which he denounced while on the island. He ponders the causes and consequences of the botched Bay of Pigs operation, which he joined as a refugee.

From the battle to expel the Castro regime from the Organization of American States, which Carbonell helped achieve, to the Congressional Joint Resolution on Cuba, which he tenaciously pursued; from the looming Missile Crisis, which the author persistently flagged, to the myriad subversive activities he warned against and condemned, Néstor T. Carbonell debunks the myths and fallacies surrounding the longest-running subversive tyranny in modern times.

Join the author as he shares a critical analysis of the Castro-Communist regime and explores the challenges and opportunities that will likely arise when freedom finally dawns in Cuba.

Néstor T. Carbonell was born and raised in Havana, Cuba. He comes from a prominent Cuban family that left its imprints on the island’s wars of independence and on the foundation and development of the republic. He earned law degrees from the University of Villanueva in Havana and Harvard. Forced into exile in June 1960, he played an important role in the anti-Castro movement’s resistance and diplomatic fronts. He joined PepsiCo in 1967 as counsel, Latin America, retiring in 2008 as a corporate vice president in charge of international government and public affairs. He is a member of the Council on Foreign Relations and is also the author of And the Russians Stayed: The Sovietization of Cuba.