Anthology of an Exiled African Dissident

A Diaspora Movement That Toppled a Government and Exiled a Dictator 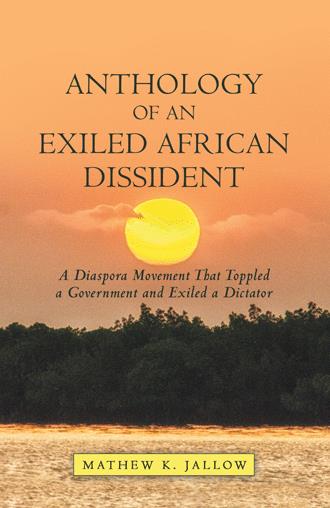 If Koro Ceesay's assassination was meant to send a message, it succeeded beyond the regime’s wildest dreams. The introduction of intimidation as a form of governance soon becomes the regime’s de-facto modus operandi. Murder, torture, intimidation and other forms of terror as instruments of control and compliance, in a country once known as Africa's bastion of rule of law, democracy and freedom, began to attract international attention, and not in a good way. Yahya Jammeh’s introduction of fear as a political weapon took on the dimension as state policy. Tribal bigotry was slowly taking shape. Death and dying, the natural progression of warrantless arrest and disappearances, was used as a weapon of intimidation to preempt effort to dislodge Yahya Jammeh’s military regime from power. In order to bolster these efforts, Yahya Jammeh opened up new police stations and detention centers in remote places around the country; in faraway places where the regime’s atrocities would be out of the public glare and scrutiny. The regime that had come to rebuild a battered economy as the centerpiece of the coup doctrine, inexplicably turned into a liability to its people. Gambia was plunged into a political conundrum in which it remains hopelessly mired to this day. The hopefulness of Gambians experienced had turned into a nightmare. But the military dictator, Yahya Jammeh, had more surprises in his hat. For the Gambia, the worst was yet to come.

Five junior military officers in the Gambia ousted the government of Sir Dawda Kairaba Jawara in 1994.

After three decades of relative political stability under a democratically elected government, it was a stunning turn of events – and what followed was two decades of political turmoil, tribalism, massive corruption, disappearances, and forced exile.

Mathew K. Jallow, a U.S. citizen who was sentenced to death in absentia for his role in demonstrating against the military dictatorship in his native Gambia, examines his homeland’s history and how a global movement toppled the junta.

Jallow captures the slow but steady erosion of human rights, economic plunder, and the collapse of state institutions under the junta’s heavy-handed Machiavellian rule. He also shows how all too often, funds meant to help the continent end up in the bank accounts of politicians, bureaucrats, and the politically connected.

With his insightful commentary, the author helps explain why Africa, the wealthiest continent on the planet, remains hopelessly poor. He also takes readers into the minds of Africans, showing a face of Africa that is still a mystery to much of the developed world.

Mathew K. Jallow is a naturalized US citizen exiled from the Gambia, West Africa. A journalist, political activist, and human rights advocate with a broad knowledge of African affairs, he has been consulted by United Nations experts, development executives, and international nonprofit managers. He holds undergraduate degrees in business administration and hospitality management, as well as a graduate degree in public administration from the University of Wisconsin-Oshkosh. Jallow lives in Wisconsin and continues to assist marginalized segments of society.