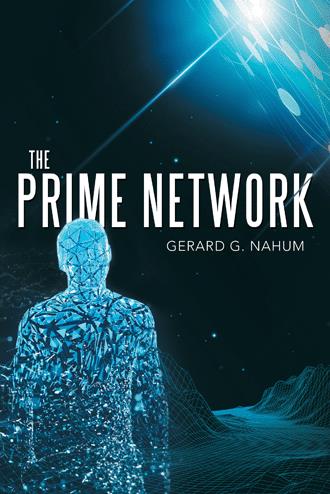 Mr. Gregory began his lecture by giving an overview of the Network, including its eleven-dimensionality, its topology, and the ways that it stored and transferred information. He said, “Every node accepts, stores, processes, and transmits information. The size and complexity of each node’s structure is a reflection of the amount of energy it contains, which effectively makes it an energy depot with a well-defined energy capacity. What’s more, the complexity of each node provides it with its different functionalities, such as its processing capabilities, input-output delay times, transmission capacities, and so on.”

His talk lasted for an hour. When it was finished, he opened the floor for questions. The first came from a chubby-looking man wearing Coke-bottle glasses near the front of the room.

“What you’ve presented today is unprecedented. Can you tell us more about the structure of the Network itself?”

Mr. Gregory was happy to elaborate. “The Network’s nodes act as relay stations that can either store or pass along information, and the links between nodes serve as communication channels that allow information to be transferred between them. The dynamics of the Network’s information transfer is intimately tied to its topology, and that is what orchestrates its changes in state.”

He went to the blackboard and drew a sketch to illustrate his point.

“The number of nodes and connections within the Network is enormous, which means its complexity is as well. The precise degree depends on how its nodes are distributed, the paths that information can take between them, and how they affect the relationships they have to each other as the Network continues to evolve. All of those factors are crucial for understanding the ways in which its information is directed and distributed.”

Another attendee, a tall woman with long dark hair, asked a question from the center of the room. “Are you saying that the Network’s topology defines its distribution of information as well as the dynamics of how it’s transferred?”

“Yes, that’s it precisely,” Mr. Gregory replied. “The information in each portion of the Network is directly related to its energy content, and that depends on the degree of excitation of its nodes and the connectors between them. That causes them to vibrate, and their vibrational interactions go on to produce large-scale undulations in the Network’s overall structure that are then communicated more broadly. So in aggregate, the Network can be likened to a gigantic interconnected system of nodes that serve as both the repositories and relay stations for information. Those, together with the connectors between them, are the means it has for both storing and processing its information.”

A slight woman with short blonde hair at the side of the room asked, “How fast does the information get transferred?”

“That’s a very good question,” Mr. Gregory answered, becoming more energized. “It depends on three factors. The first is the transmission speed between the nodes, which is limited by the speed of light. Next is the switching time for the information to be received, processed, and sent along at each one. And the last is the path length between them.

“With regard to the last point, the arrangement of the nodes is what determines the path lengths for the transmission of information through different nodal sequences. Moreover, the channels that connect them can be redundant, which is what determines the bandwidth for the transmission of information between each set of nodes. However, even if some of the channels have very large capacities, there can still be bottlenecks along the way that will slow the overall transmission rate down for any given sequence. So even if two different pathways are of the same length, one may need more time than the other to communicate the same amount of information.”

A ruddy-faced man in the audience called out from the back of the room. “From what you’ve said, the Network is continuing to evolve. Is that correct?”

“Yes,” Mr. Gregory replied without hesitation. “The Network is anything but static.” He paused and paced the podium. “There may be a useful analogy here, although it’s in only three dimensions,” he said. “Imagine a hairy bowling ball. No matter how you might try to comb it, there will always be at least one place where a tuft of hair is left behind—which is its pole. When it comes to the Network, that pole in its higher-dimensional space is a dense, energetic cluster of nodes that is different from the rest.”

He went to the blackboard to draw a sketch of what he was describing.

“When you try to comb the hairs that are sticking up from the surface of a sphere to flatten them, it results in a residual tuft. That happens no matter how you try to do it—it can’t be avoided. The Network’s higher-dimensional topology can be thought of in an analogous way. It means that even during the earliest phases of its evolution, there’s always been a pole that’s made it asymmetrical. That produced a kick-start that caused it to writhe and to undulate, which is what set its initial evolution in motion. And each cycle of its evolution ends in the same place: its pole.”

A thin man with a stutter spoke up hesitantly from the front of the room. “How exactly do you influence the Network to affect what will occur?”

Mr. Gregory became visibly animated. The question went to the core of how to bridge from reading the Network to influencing it to accomplish a desired change.

“That’s the crux of it, isn’t it?” Mr. Gregory responded enthusiastically. “Accomplishing a desired change requires that just the right amount of energy be delivered to particular nodes at precisely the right times. That way, you can get the extra information that’s added to propagate through the Network so that it’s aggregated in the proper places to make what you want to have happen actually occur. However, predicting the effects of those interventions is much more of a challenge than just reading the intrinsic trajectory of the Network.” 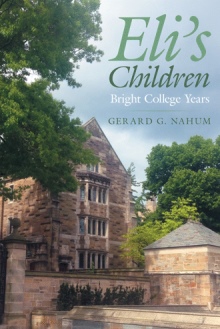 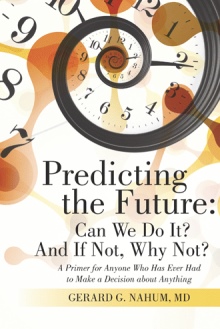 Mr. Gregory is a reclusive information scientist who serves as a trusted advisor to the president of the United States and other heads of state around the world. He possesses a seemingly innate talent for predicting events that no one else can—thanks to his recent discovery. Mr. Gregory has invented a device that allows him to access the Prime Network, an eleven-dimensional fundamental structure that transmits and channels information to every location across all of space-time.

Although he is initially focused on using his insights and his novel technology to advance humanity for good, he soon finds himself intertwined in complex governmental affairs and international intrigue. Unfortunately, something is lurking in the background that is set to derail his best-laid plans. As a chain of disastrous events unfolds that leaves scientists, military organizations, and governments powerless, he must now work feverishly to find a solution to a full-blown catastrophe before all humanity is lost. But what no one knows is that Mr. Gregory is about to develop a secret plan of his own.

In this gripping science fiction novel, the inventor of the world’s first Network interface comes face-to-face with the shattering consequences of his innovative discovery that sends him on a dangerous mission to save humankind.

Gerard G. Nahum, MD relies on his background as an engineer, physician, and pharmaceutical developer for inspiration. His training spans the disciplines of engineering, clinical medicine, and pharmaceutical development, and it includes experience with wearable medical sensors and digital technologies for collecting, processing, and interpreting information about biological systems using novel information-processing paradigms. While an undergraduate, medical student, and professor at Yale, Stanford, and Duke Universities, Dr. Nahum published more than sixty peer-reviewed scientific and medical articles. More recently, he has published two nonfiction books and a novel. He currently resides in Chapel Hill, North Carolina.