A Translation into English Verse 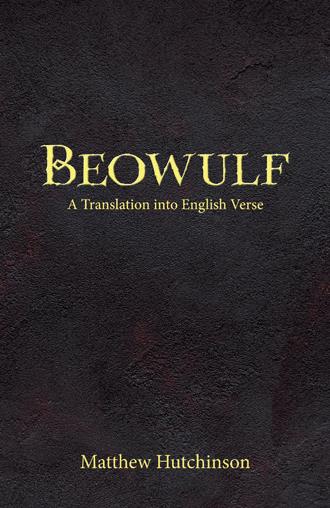 Out from marshes, beneath misty tors,

The terrible ravager intended to steal

man-pieces in that mighty house.

He moved in darkness toward the drinking-hall

to where he saw sparkling gold-trimmings

of the bastion of men. He’d been there before,

he would never find, before or since,

Deprived of mirth, the pillager came,

strode to the building; steel supports

that barred the door burst when he touched them;

raging for ruin, he ripped apart

the mead-hall’s mouth. A moment later,

the enemy crossed the ornamented floor,

akin to fire, kindled his eyes.

Seeing so many men in the mead-hall—

bands of kinsmen, company of warriors

Before day broke, the dreadful fiend

had it in mind to murder them all,

tear out their lives, anticipating

a rich dish. But that doom was thwarted;

no longer would he eat, after that night,

of Hygelac watched how the wicked brute

moved to carry out a quick strike.

The mad devil did not waver;

he swiftly seized a slumbering warrior

at the first chance, fed with abandon,

sinning with each swallow; soon he had eaten

every morsel of the man’s corpse,

talons fumbling for the foe in his bed,

his grip caught the great-hearted fighter.

His hand reached out and held him tight,

and with grim purpose he pinned his arm.

The sower of evil sensed it at once:

from any man anywhere in the vastness

of middle-earth. Mind and spirit

cowered in fear. Fleeing was hopeless;

he wished to run, wing into darkness,

rejoin his demon-hive, for in the days of his life,

recalled his boasting and bolted upright,

as the monster recoiled and the man advanced.

The tainted creature tried his best

to wrench loose and run away

to fen-warrens, but his fingers were bent

in hostile grip. It was a grievous journey

the murderous foe had made to Heorot.

for all Danes—as every inhabitant

arose to the fighting of furious combatants,

It was some wonder that the wine-hall,

and never fell, so firmly was it braced,

inside and out, with iron trusses

bedecked with gold (so goes the tale)

flew from the floor as the fierce ones grappled.

No Scylding elder ever imagined

that one man could demolish that hall,

excellent and bone-rimmed, through ordinary means

or cunning lies, unless he burn it

in a cradle of fire. A cry went out,

ate at the North-Danes and any who heard

wailing from the wall, woeful chanting,

strains of grief from God’s foe,

bawling in pain. He pressed him close,

he who was strongest, hardiest of mortals,

best of men in bygone days.

Out from marshes, beneath misty tors,

The terrible ravager intended to steal

man-pieces in that mighty house.

He moved in darkness toward the drinking-hall …

Before Game of Thrones, The Lord of the Rings, and Wagner’s Ring Cycle, there was Beowulf, the original high-fantasy epic tale of heroes, monsters, dragons, and political upheaval.

In a new rendition of the Old English poem, Matthew Hutchinson shares a fresh and stirring adaption intended for anyone who loves bloody tales of adventure and courage. By preserving the rhythmic dynamism of the original language and combining the swashbuckling verve of the hero’s dual quests to save a kingdom and slay a dragon, Hutchinson provides energetic insight into this classic piece of English literature. Included are some thoughts on translating Beowulf, reflections on names mentioned in the poem, genealogical charts, and a list of suggested reading.

Whether you are new to the poem or an avid Beowulfian, you are sure to find pleasure in this moving translation, which combines the rugged alliterative measure of the original with the directness and accessibility of modern English.