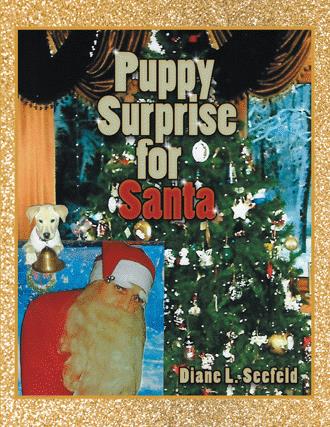 There were three good friends in the country of Ireland. Sam and Rockey, being Irish Setters, were born here but traveled the poor countysides.

Their friend, a Toy Poodle, came from the country of France.

Without a home and unable to find friendship, she decided to travel to other lands. Walking along the ocean, she seen a huge beautiful ship.

This might be my only chance, she thought. The little pup quickly sneaked on the gangplank and looked up at the name of the ship. “The Princess”, she was so excited that she decided Princess was going to be her new name. Now, Princess was looking forward to a new life.

She hid among the travelers and happiness consumed her as never before.

The ship sailed overnight and by morning it had stopped at the country of Ireland. As quiet as the pup could be, she had to creep off. Princess was eager for a new adventure.

Princess began traveling the countryside and quickly came across Sam and Rockey. They became inseparable friends. As happy and playful as these pups could be, they still did not have a home to return to. No one was there to love or care for them.

The three pups enjoyed watching the ocean below them. They all dreamed of becoming a Pirate. Hours passed as they laid in the warmth of the sun. With dreams of sailing on the huge body of sparkling blue water, they attacked their enemies and won.

One hot summer day the pups were watching the ships traveling along the ocean shores. Sam wanted a better look; and so, they decided to go by the boats.

Rockey seen an empty pontoon boat. He started running and jumped on the boat to play Pirates again. Princess was eager to follow. While playing, the two pups forgot about their surroundings. They never knew the boat had an idling motor; nor, that the boat was loosely tied to the pier.

Sam was very careful. He watched as they played. Suddenly movement caught his eye. Two men were running to the boat that his unaware friends were on. Sam became very protective for his friends. So, he raced and passed the two angry men.

Flying in the air with a huge leap off the pier, he landed on the idling boat. That sent them all adrift on the vast waters of the unknown ocean. As the boat moved away from shore, they all began to feel safe; until, they looked the other way. Water everywhere.

Brave little Princess, being a world traveler by now in her mind, took it upon herself to jump onto the driver’s seat. Being so small she had to stand on her hind legs to put her paws on the steering wheel, just to peek over the front of the boat. With ease she maneuvered the boat on the blue sunny waters of the ocean.

Princess smoothly coasted past a light house. No one realized they were headed out to sea.

Night passed quietly and quickly under the brightly star lit sky, bringing a quiet calm to them. As they slept and dreamed, the boat traveled on its own. It was going in circles one way and then another; or, whatever way the soft breeze blew them.

Sam, Rockey, and Princess are homeless pups following their dreams for adventure. They didn’t realize playing pirates would send them adrift on the Atlantic Ocean.

Hunger leads them to Bones Restaurant where they meet other homeless dogs. Maggie and Cosmo, who think only of themselves and travel by the Hobo Express. Timber lives alone in the woods. Sadie Lady lives on the streets of Milwaukee. Bell has dreams of her own; she wants to live with Santa. Officer Tom brings Tammie into their lives along with the stowaway, Diane.

Bell’s dreams inspire all of the pups, and they decide to travel to Santa Land. Their new adventure begins by journeying across the waters of the Atlantic Ocean as they search for the North Pole. They see sites they’ve never seen before and have new experiences. Will their trip to Santa Land quench their thirst for adventure?

Diane L. Seefeld has many joys in her life, including her family, dogs, and Christmas. She now lives in northern Wisconsin. In this, her first book, she pays tributes to all of the dogs she’s had in her life.