It Was a Good Road All the Way 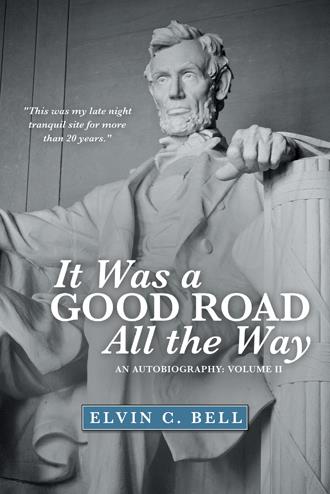 Later, in her hotel parlor suite, Mrs. Roosevelt sipped on her second Courvoisier brandy nightcap and reminisced with vivid descriptions about her earlier years in New York. She talked about her mostly platonic relationship with Franklin, her bride’s role in Washington as she frequently saw Franklin’s mistress, Eleanor’s reluctance to have any conversation with her mother-in-law, Sara, and her passion to leave Washington and return to New York.

According to her, President Roosevelt made 32 long visits to the “Little White House” in Warm Springs, Georgia. Eleanor visited the spacious house only once.

“I couldn’t stand seeing him carrying on with his mistress.”

During those vacations to Warm Springs by President Roosevelt during World War II, each visit lasted between three weeks to seven weeks.

The President’s primary mistress, Lucy Mercer, always accompanied him during those visits, and she was given her own secret service code name.

Elvin C. Bell, a retired USAF colonel and public official, has lived a full life. In the second volume of his entertaining autobiography, he brings more stories to life that detail his memorable encounters with such iconic personalities as former Presidents Jimmy Carter and Ronald Reagan, rock legend John Lennon, Walt Disney, and a few scoundrels who also crossed his path.

Bell begins by sharing fascinating anecdotes about a variety of political and military figures such as senators and congressmen from multiple states, four Medal of Honor recipients, and General Alexander Haig. Also included are animated stories about John Wayne, Karen and Richard Carpenter, Eleanor Roosevelt, O.J. Simpson, and many others as well as little known facts about Gregory Peck’s secret philanthropic efforts and Senator Barry Goldwater’s military accomplishments during the Second World War and his monetary gifts to Native American tribes.

In the conclusion to a captivating autobiography, a former military and public figure shares anecdotes that reveal his conversations with and unknown facts about a variety of iconic personalities.

Elvin C. Bell served sixteen years in elected public office in California and four years in the Pentagon. He is a former correspondent for Time magazine and a retired USAF Colonel. During the Iron Curtain era, Elvin led several intelligence missions into Russia, Poland, and Czechoslovakia. He also commanded a Combat Support Group, and served two special assignments in the White House—one as presidential advisor during a United States/Soviet Union summit conference. This is his seventeenth book.