by Helen I. Donovan 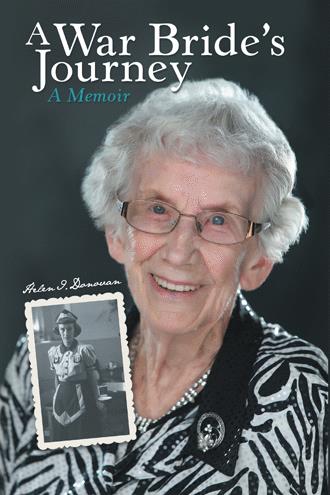 It was while watching the motion picture with my brother that I had my first real taste of terror during an air raid. Suddenly the film stopped running. The lights went on. We could hear the wailing air raid warning sirens from outside, warning everyone to take cover. I could feel my heart pounding, wondering what was coming next. The theater manager and ushers hustled everyone to the air raid shelter where we would ride out the attack. It wasn’t long before we could hear two things: the whimpering of frightened people, innocent civilians like me and Ernst, many of us merely children, and the pounding concussions from the bombs falling outside. I huddled together with my brother, trying to be the calm older sister. But I was terribly frightened. I was never so close to God as during that hour in the shelter.

Jesus urges us to be “a light to the world.” Helen Donovan takes that command seriously, especially in the darkest of times. Helen’s journey through life ran parallel to the rise and fall of the Third Reich in Germany. Raised under Nazi tyranny, Helen experienced firsthand the terror of air raids and the sound of bombs falling outside.

Despite fear and violence, Helen’s light never dimmed thanks to her faith. Her faith is now an inspiration as she shares both her most heartbreaking and heartwarming moments in A War Bride’s Journey.

Helen reveals a time that may soon be forgotten as a whole generation slowly passes into eternity. She hopes to keep the memories alive and warn against the trap of dictatorship in the future. Leaning heavily on Jesus, Helen shares her story—or, perhaps, “His-story”—inspiring others to remain strong in adversity with God’s help.

Helen Donovan grew up in Germany at a time when Adolf Hitler and the Third Reich came into power. She eventually married an American soldier who brought her to Nyack, New York, where she started a new life, raised a family, and became involved in her community.