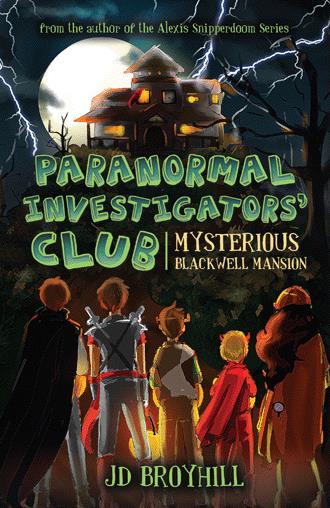 Jeremy was deep in thought and happy that he had brought three flashlights with him. He did not want to run into something that he would not be able to see. He assumed there probably wasn’t any electricity inside the old building. The flashlights made him feel more secure. He definitely wanted to be prepared. The idea of going to the mansion without any kind of light made him cringe. He would not share his thoughts with the others. There was no way he would want the others to know how nervous he was about going into Blackwell Mansion, especially on Halloween night.
The rain kept coming down harder and harder. It was making it difficult for the group to walk up the hill and still be able to look ahead. They could see trees swaying in the wind next to the mansion. As they started getting closer to the mansion, Stephen happened to look up at the old house. What he saw stopped him instantly in his tracks. It looked like a light in one of the windows. What kind of light could that be? They were still too far away to know for sure. He pointed up to the old house, his hand shaking.
“Hey, everyone! Look up there,” said Stephen, looking at the mansion. “D-d-d-did you see that? I thought I saw some light, maybe a candle? I could be wrong, we are not that close, but the light seemed to flicker.”
“No, I didn’t see anything,” replied James and Jeremy in harmony.
“I saw nothing,” said Sheila, “but maybe we should just go back home or do some more Trick-or-Treating, just in case.”
Brandon laughed at the others, as they agreed with Sheila’s suggestion. Brandon had seen the light and was eager to investigate. Scared or not, he was ready. 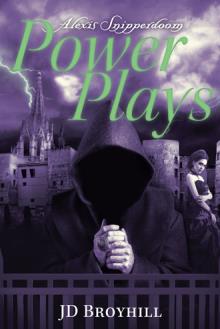 One rainy and spooky Halloween night, three brothers— Jeremy, Stephen, and James —set out to explore the mysterious Blackwell Mansion, a legend in the town of Pineville. Their best friends, Brandon and Sheila, are also eager to have some Halloween fun and agree to join them on the adventure. The five children have no idea that the mansion holds more secrets than they can solve in one night.

As the group wanders around the abandoned house, two of the kids get separated from the others and experience something very strange and creepy. Once the five are reunited, they head for home—but their encounter with Blackwell Mansion is only just beginning. Their presence may have triggered something unexpected. The kids decide to go back and discover all the house’s secrets, and they form an investigating group that they name Pic5—the Paranormal Investigators Club–5, because there are five of them. But back at the mansion, they face scary supernatural events that make them wonder if they can make it out safely.

JD Broyhill is the author of the Alexis Snipperdoom series. Once a Realtor, stager, and CEO, she turned her love of writing bedtime stories for her children into books. Now a full-time writer, she lives with two of her three adult children and her Shih Tzus in Texas.