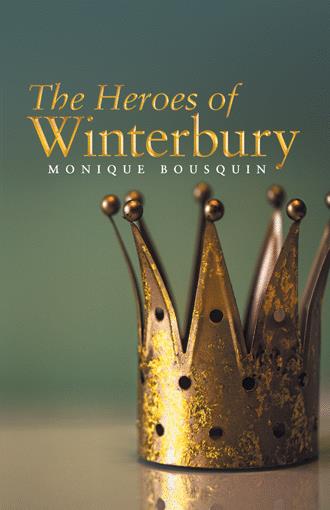 A long time ago in a land much closer than you might think, there was a small kingdom in the mountains by the sea. It had a fairly good king, but let’s face it, most rulers could be better, and this one was no exception. Especially because he had been better.

You see, five years earlier, King Edmund Andrews of Winterbury had a queen. Her name was Josephine and she was wise, kind, and adored by her king and her people. She was also very beautiful. Josephine had soft chocolate brown skin that glistened in the sunlight. Her hair sat pinned atop her head in luxurious braids adorned with beautiful glass beads.

And those eyes! Queen Josephine’s eyes were the color of cocoa and just as warm. King Edmund could stare into Queen Josephine’s eyes for hours and took it as a personal challenge to try to do so as often as possible. Of course, then, she would gaze back into his bright blue eyes and they both would end up in fits of giggles and bright red cheeks full of embarrassment.

Everyone around them could feel their deep and abiding love for one another that continued to grow with each passing day. Their love wasn’t perfect, but it was built on a foundation of mutual respect and a desire to see the very best life had to offer come to the person they loved the most in the world.

Josephine was a good queen who loved her people as much as they loved her. She could often be found visiting the schools, bringing books to children in hospitals, talking to the kingdom’s military, eating in the marketplace with the community leaders, and playing chess with the folks in the park. When Queen Josephine told you she cared about you, you didn’t just hear it, you felt it.

She was a big part of what made Winterbury such a good ally. Many of the other nations were smaller, and only a few of them were ruled by a royal family. But they all worked together, each bringing their nation’s skills and resources to the Middle Alliance. This had been the way for as long as anyone could remember, and they all agreed it was mutually beneficial.

One of Queen Josephine’s favorite places to visit was the beautiful island of Noorabad, who was Winterbury’s closest neighbor and strongest ally. They were famous for their scholars, spices, the beautiful cloth they made their saris from, and the temperate climate which made for amazing weather all year. But, Josephine’s favorite thing about Noorabad was the people. Visiting their island was one of her favorite responsibilities as queen.

They loved seeing her as much as she loved seeing them. During every visit, the market square would be filled with merchants greeting her with their products and villagers waving flags. Queen Josephine loved balloons (especially red ones) so she always carried them with her to give to the children. Visiting Noorabad was one of her favorite times of year and the people of Noorabad felt the same way. Every visit felt like a celebration of friendship and community.

Sadly, during her last visit, something happened that no one saw coming. Queen Josephine was walking through the marketplace of the capitol city of Bahri with its leader, Prime Minister Azeem. They had been great friends for years and loved working together. Today, the two had trade meetings with the members of the commerce committee. Queen Josephine enjoyed greeting the people working and shopping in her favorite home away from home.

But, as they reached the town center where the committee members were waiting, someone else was there, too. The Prime Minister’s advisor had terrible news. A hurricane was coming, and it was coming fast. In fact, it was coming faster than they could prepare for. The island would most assuredly be hit and hit hard. The best thing – the only thing to do was to evacuate as many people as possible to the west side of the island and hope that would be good enough.

n the land of Winterbury, the people adored the wise and beautiful Queen Josephine, but no one more than her husband, King Edmund. Their abounding love seemed to grow with each passing day, which is why Josephine’s sudden death in a hurricane tears Edward apart. Princess Leighanna tries picking up the pieces, but her father just isn’t the same.

The biggest concern is the king’s sudden dependency on Royal Advisor Frances. She has worked for the royal family since Leighanna’s birth, but this frightening woman now seems hungry for power with Josephine out of the way. By inciting discord between Winterbury and a neighboring island, Frances could destroy the entire kingdom.

Now, the princess must find help in stopping Frances from ruining both the king and his legacy. She needs the help of brave friends and maybe a bit of luck to stand up to evil and fight for good as her mother would have wanted.

Monique Bousquin has been writing since she was a kid growing up in Pittsburgh, Pennsylvania. She strongly believes that young readers thrive from seeing characters who look, love, and live as they do. It is her hope that children of all backgrounds can see themselves in her characters and feel welcome in the world of Winterbury.