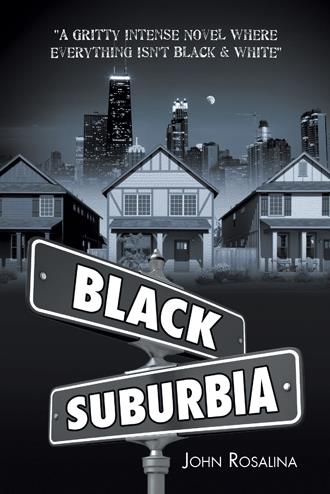 Mr. Cooley, the principal of Martin Luther King, Jr. Middle School, was very tall in stature, but very thin and up close he came off scrawny rather than imposing or authoritative. For this reason and a few others, he did not possess any power with the faculty and students alike, nor did he do anything of real importance at the school he was supposed to lead. Except, at the end of every school year, he did what he did best; seemingly miles above the school’s gym floor, before the entire 8th grade class and their friends and families, he stood on the gym stage behind a podium, and looking even taller than usual, as if that was even possible, he delivered the grade’s yearly awards.

“And the female winner of the eighth-grade writing contest for her essay ‘On the Importance of Teaching Family Values: A Moral Guide’ is … Syrena Thompson.”

No one in the entire middle school auditorium was surprised when petite little Rena Thompson strolled down the aisle and onto the stage. Although it was her first time in the spotlight, it didn’t look like it, nor did she act like it. Rena, of course, was good at anything she set out to do, which was why even in the confines of her small middle school and low-income neighborhood, she was the cream of the crop and hailed as commander-in-chief.
For on this night, she could have been called a debutante, but Rena was so much more than that. She was as close to perfect as a child could be and it was as if God himself had chosen her all along to be singularly strong. A very necessary trait as she would discover for later in her life. Even she fancied this event as a coming out party, where the whole world if it were watching, could indeed look on her and see the depth of her soul and the power of her spirit.
She wore a proper yet stylish white dress, which accented her slight, yet well proportioned adolescent figure. She had lightly browned skin, radiant rosy cheeks with a high bone structure and a warm affectionate smile. There was no question that Rena’s star shined bright. Indeed, she was daddy’s little princess, especially tonight, but at the same time, she was also her mother’s long awaited dream: A brilliant young student, who was intelligent and beautiful, but not at all stuck-up; not only was she proud, but she was raised much too caring to be the least bit arrogant.
Confident and articulate, Syrena stood before the now seated audience captivating them with her essay, which highlighted the personal virtues instituted by her parents along with the moral content and significant influence of proper role models in a child’s life. Nonetheless, at the conclusion of Rena’s speech, it was her grace and the ease of her demeanor, which earned the crowd’s exuberant applause.
And there, up in front and clapping the loudest, mostly to make up for the fact that there were only two of them, stood Rena’s parents -- her father, a successful advertising executive and her mother, an inner city English teacher. Both were the first in their family’s to earn a degree beyond high school. Both had put themselves through the local community college, where they had met and fell in love.
Only by the most careful planning, was Syrena born and raised. Audra and Lewis Thompson analyzed every decision and discussed thoroughly, or more accurately debated, all contingencies before agreeing on any particular choice of action in their life. Their deliberate nature was the bedrock of their success and accordingly, Syrena was an only child and surely no accident. As the applause died down, Rena curtsied to the audience; and as calculated, the Thompsons were last to be seated.
When Mr. Cooley returned to the stage, Rena moved off to the side until the male winner was pronounced. This was customary so the two students could then stand together afterward in order to receive a second ovation.

“And the male winner of eight-grade writing contest for his poem entitled “Growing-up Ghetto: Life in the Projects’ is … Deontay Williams.”

Everyone, including Tay himself and his own family, was totally shocked by his selection as the male writing contest winner. Tay’s situation was almost the exact opposite of Rena’s. No one would ever have ever guessed that Tay would win. In fact, if Tay were a horse at Churchill Downs, he would have been picked dead last -- not that he would have gotten in the field to run in the first place. Surely, the odds would have been a gazillion to one and still no one would have laid a single bet on him to win.
Nevertheless, as Tay went by Rena into the spotlight the audience erupted in approval. His entire family was present leading the congregation’s applause with a mixed bag of shouts, claps and whistles. When Tay passed Rena, she purposely brushed up against his shoulder, taking one step outside the curtain to make herself visible and to join in the extraordinary ruckus. Tay felt like everything was occurring in slow motion, not sure which was shaking more, the stage or his rubbery legs.
Tay was also a blessed child endowed with many gifts. He was the youngest of four children, two older brothers and a twin sister born two minutes after him with whom he was extremely close. A very good looking, tough but charismatic kid with deep feelings and a polished exterior beyond his age, Deontay could handle himself where ever he was, in almost any social surrounding, but the circumstances on this night, the presence of Syrena, his family and the whole auditorium combined with his adolescence awed him.

Tay and Rena are two middle school kids from the ghetto of the Eastside projects. They are both proud and more mature than their ages might suggest, and although very different, they both win the eighth-grade writing contest. On this night, the stage is theirs to share, and unknown to anyone—including Tay and Rena—this award links them together forever.

One beautiful spring day, Tay drives home after dropping Rena off at her parents’ place and notices a house on her street that seems vacant. No lights are ever on. It’s always dark, dead to the world outside, and the yard is a complete mess. The house is out of place, mysterious.

Tay dreams that this house possesses secret hidden treasures. He has a vision of riches beyond belief and crisp, green dollar bills. He devises a plan, accounting for every possible scenario, and decides to pull it off alone. However, Tay doesn’t account for one thing. His plan ends in horror that will haunt both he and Rena for the rest of their lives, turning their childhood potential into eventual tragedy.

John Rosalina was raised strict Catholic in the liberal setting of a hairdresser’s home in Cleveland. He earned a double major in English and Latin from the University of Rochester before enrolling in criminal studies at the Cleveland Marshall School of Law. After the death of his father, John spun out of control and ended up in prison, where he rekindled his love for reading and discovered a new passion for writing.