The Seeds of Simple Truth

The World We Built with Our Perceptions and Illusions 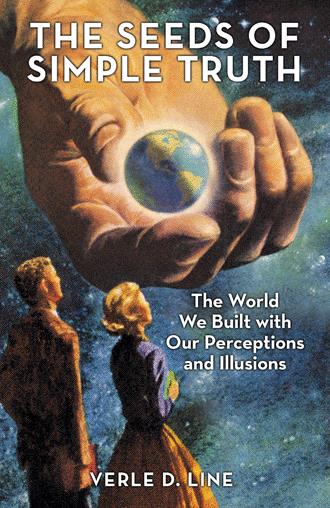 The seeds of the simple truth have been planted during one man’s life. The examples given to us through His life and teachings provided us the seeds for mankind’s long-term survival on this little planet. No! This writing is not based strictly on the “Christian” religions. In fact, the first three chapters are devoted to looking at the influence we humans have in complicating the simple purpose of religion in all of our lives. We have, with our perceptions and often our illusions made-up our own rules that have blunted the simple messages of love and forgiveness that are the bases of the simple truth. The truth is that life just “ain’t” as hard as we make it.

It is the character of us humans to complicate almost anything we desire including religion. THAT INCLUDES THIS AUTHOR. The cure for this complication is to determine which is the REAL WORLD existing for our discovery, and the “world” we created through our individual and group perceptions and illusions.

The man being referred to here is identified by us as Jesus Christ. He most likely did not intend to have a multi-denominational religion named Christianity as the sole benefactors of His messages (John 10:16). His messages were for all members of the race we call “Human”. His life and teachings of “simple truth” offer to us the knowledge we need to survive as a peaceful human race worthy of existence in this magnificent universe.

We have been shown all we need to grow into a healthy, viable earth community. We either learn and grow with the simple truth of His messages, or lose our tickets to the Universe. It is simple as that. An honest review of the historical consequences, and often poor end results of our past and current behaviors, will show the need for His simple truth.

Generally, the discussions in the following text will cover for the reader’s consideration what little we know of our Universe, is there such a thing as beginnings and endings to the Universe, who are we really, and do humans have a dualistic existence (a composite of a body and a soul)? Other questions to consider are how important is human diversity, and does our conscience give us a purpose, and what negative or positive influence does our Ego play in how we act?

We have been shown all we need to grow into a healthy, viable earth community. We either learn and grow with the simple truth of God’s messages, or we lose our tickets to the universe. In The Seeds of Simple Truth, author Verle D. Line offers an honest review of the historical consequences, and often poor end results, of our past and current behaviors and demonstrates the need for God’s simple truth.

Line looks at the real world versus the one humans built. It discusses:

• how much religion has been complicated by human perceptions;
• where we are in the universe;
• how much we think we know and how great is the amount we don’t know;
• the human ego and the vices that inhibit societies growth; and
• the duality of humans in the physical body and an ethereal soul.

The Seeds of Simple Truth explores both the positive and negative sides of our egos. It asks us to reflect on the influence of our egos and vices so we can achieve positive growth. It sends a plea to de-emphasize devotions to our manmade bells and whistles, and instead, place our values on the uncomplicated simple truth.

Verle D. Line is an Indiana Hoosier who earned an undergraduate degree in biology from the University of Indianapolis and a master’s degree in biology from Purdue University. He retired from an Indianapolis pharmaceutical company and continued working until a second retirement as a consultant in clinical research. Line’s most important experience was gained with three children and ten grandchildren.