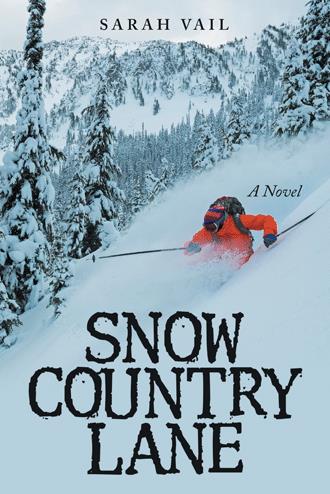 The little girl was the one they’d ordered. Her light brown hair bounced around her sweet face in spiral curls. Her taupe skin and big brown eyes, framed by thick black lashes, revealed her biracial heritage. Five years old and as perfect as a collector’s doll in her pink dress, lacy pale-pink tights, and white patent leather shoes. He matched her to the picture they’d sent to his phone.
He didn’t know what they did with the children once they had them. He couldn’t allow himself to venture down that path. He’d made a bargain with the crooked prosecutor that day three years ago, and he was out of jail and free if he lived up to his end. Besides, he was paid big money and easy money, so he did it. Sometimes the bounty would be up to $100,000 per child, especially for a special order like today’s. His girlfriend enjoyed all the gifts, dinners out, and perks his employment brought them. He decided to think of that instead.
The darling little girl rode her fuschia bicycle up the sidewalk. Sparkly silver tassels fluttered out from the handlebar grips as she pedaled in his direction. Transfixed for a moment, he watched through the van’s open window. She approached him slowly, wobbling a little, under the brilliant green canopy of maple trees. The summer breeze picked up the scent of roses from a garden on its way from the west to the east.
He glanced up to see her foster mother meandering toward the house, chatting happily on her cell phone. Distracted just enough, as if playing her role perfectly, he thought. Turning the ignition fob, he started the van’s engine and let it idle. Slowly, he stepped out of the driver’s side and made his way quickly, quietly, to the back of the van and opened the double doors. Earlier that morning, he’d sprayed the hinges with WD-40 so they wouldn’t make a sound.
The child rode past him, not even acknowledging his presence. She focused intently on keeping her balance. It made him chuckle, and briefly, the image of his daughter at that age flashed through his mind. Quickly, he pushed it away. Carefully circling at the intersection, she steered her way back toward her mom. The woman had turned her back and was now yelling at the person on the other end of her call. He could hear the sharpness in her voice even at this distance.
The foster mother was still engaged in her heated discussion. Only now, a boxwood hedge obstructed a clear view of the sidewalk. When the little girl was directly across from him, he snatched her off her bicycle, smoothing the measure of chloroform-soaked cotton over her nose and mouth with rainbow-colored duct tape. Her eyes wide with fear, she tried to scream. But the drug only took seconds to start its magic and rendered her unconscious. He had his method down pat. Though she slumped like a dead weight against his chest, to him, she was light as a feather. The riderless pink bike, still upright, faltered for a foot or so before toppling onto its side in the grass of a neighbor’s manicured lawn. He carefully tossed the little girl onto the clean mattress and pillows in the back of the van and pressed the doors shut. His partner waiting inside would take care of the rest. He couldn’t deliver damaged goods. He glanced around cautiously, making certain that no one had seen, careful not to call any attention to himself. Mom still had her back to him.
Days earlier, he’d walked the neighborhood searching for security cameras. He’d parked as far away as he could from the two he’d noticed.
Swiftly, he jumped into the driver’s seat. Pulling away from the curb in one seamless maneuver, he made a U-turn and drove in the opposite direction. From time to time, he glimpsed into his rearview mirror to see if the mother had discovered her daughter was gone. When finally she did, he’d put too much distance between them for her to notice the van or see his license plate. 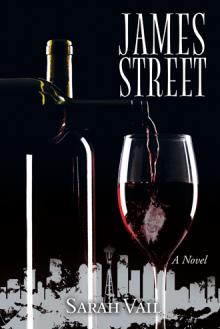 Tim McAndrews has been through a lot. Still a top prosecutor in Seattle, his near-perfect case record has been unjustly tarnished by a self-defense shooting. Because of it, he fears his career as an assistant district attorney is doomed to go nowhere. It’s not all bad, though. Legendary FBI Profiler, Elias Cain has offered Tim a job with his team. As he weighs his options for the future, Tim is fortified by the fact that he saved his wife and lover, the beautiful Daniela St. Clair, from death. Tim takes a much-needed ski vacation with his wife and best friends to the Schweitzer Mountain Ski Resort. When a young girl is abducted in front of the resort, Tim is drawn into the intrigue. This girl isn’t the only child in danger. Once the police finish their investigation, he will be assigned the prosecution’s case where two six-year-old twin boys were abducted and murdered. Rainbow-colored duct tape Tim finds in the snow may be the one clue that ties these kidnappings together. Tim’s vacation is put on hold when his friend, Elias Cain, negotiates with the Seattle DA to loan Tim to his profiling team for the kidnapping investigation. As their research unfolds, Tim and his friends realize that they are chasing down a child trafficking ring that’s like an octopus with tentacles reaching everywhere. To take down this monster, Tim might have to put his life on the line—again.

Sarah Vail is pursuing her lifelong dream of writing mystery and suspense fiction. She currently lives in Northern Idaho at the edge of the pristine Bitterroot Mountains. Vail is also author of the novel James Street, the first in this mystery-suspense series.