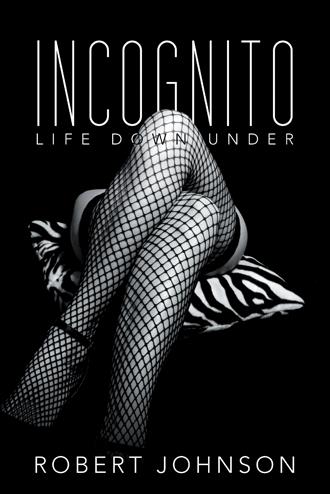 Jackie lived all the way on the other side of town so I had to rush on the expressway to get there in time, I didn’t want to be late. I made it to her house to be surprised at what I had seen thus far. She had a beautiful two story brick home with well kept landscaping. I peeked in at the back yard before I rang the doorbell just to see if it was as big as the fence hiding it was, it was. I rang the doorbell and was answered by intercom to the sound of Jackie’s voice. Jackie opened the door with a smile as if she had just seen a family member or loved one she hadn’t seen in a while. She was looking astonishing just as I had expected or fantasized. In her grey sheer after-five dress, black high heels, and fruitful fragrance blended with her natural body fragrance. As we began walking to the dining room after my invite in I noticed she was not wearing any panties as the light hit her backside which was pleasantly appetizing as it bounced around just enough to make me want to bite it. During my look I became aroused and now had to hide it so she wouldn’t notice, didn’t want her to know she had me hooked already. She gave me a tour of the premises as we made small talk. We kept each other laughing as we talked about her house, our work, her outfit, and the day’s events. I was surprised at how relaxed she was and even me for that matter because I am usually shy around beautiful women. She grabbed her coat and told me she made reservations at a restaurant over on Jackson Street, The African Hut. As she told me the name I began to laugh because I didn’t know they had a special food so I asked her what they serve, fried zebra or lion. She laughed and said, “No silly, they got some great chicken dishes, pork, fish, and vegetarian.” I was cool with it and just laughed all the way to the car. I opened the door for to see if she would unlock the other doors for me which she did. That was a good thing because if she didn’t that would mean she was selfish, glad she not. In the car I let her pick the radio station she wanted to listen to just to get a better feel for her personality, she picked an oldies station another test she passed, showed she had class but knew how to get loose and wild but kept it at the club because all they play is fast club type songs. The ride wasn’t long because it was close to her house about two miles to be exact. We pulled up to valet parking and a nice decor on the outside. The inside was nice and cozy had dimmed lighting, candles lit on every table and white table cloths as well. I could tell she frequented the place because as the waiter greeted her he asked if she would like to sit at her usual table. So we sat at the table far in the back away from most of the patrons but not secluded. We were served some great fried cheese balls as appetizers to dip in a mildly spiced tomato sauce. During eating we got a little more in depth with our conversation learning more about each other’s goals , dreams, fantasies, and past relationships. After we got finished eating our curry chicken served on top rice pilaf and a glass of red wine we was ready for the club. The club of choice tonight was not Matt’s but Club Erogenous. Erogenous was in the same downtown location as the Hut. I had never been to Erogenous but heard a lot about it. Jackie was more of a nightlife person, I guess because she had to relieve some of the stress she endured from her corporate accounting job she did in the day. We didn’t have to wait in the long line apparently she had VIP with the club bouncer he even called her by her name, I thought to myself this chic was connected. This was an Elegant club too it had neon lights circling the floor, the ceiling lights just dimmed enough to see one another, the right music playing, just great. We did have to wait some time for our drinks because the servers were very busy filling other orders. Finally we received our drinks, two sex on the beaches and a bottle of Moet, after twenty minutes passed. The drinks were nice just what I needed to get me a little more relaxed and social alcohol always did that to me. I was now feeling like God’s gift to women I knew I was going be sleeping on her sheets tonight. We danced awhile, finished off the bottle of Champaign and left. During the drive home the conversation got heated. We started talking about what positions we liked the best, which ones we tried, and what gets each other aroused. I was really aroused when she told me she liked it missionary and doggy style just the way I like to give it. As we were approaching her house she took my hand and placed it between her thighs right on her wet spot. As she glided my hand up and down her wet vulva she looked me up and down with a devilish smile.

Incognito takes you on an amazing roller coaster ride in this thrilling story of drug dealing, lust, and drama. Jackie is every hustler’s dream. With her sex appeal, class, and street smarts, she jumps from corporate America to exciting nightlife and eventually to crime. Michael has a strong appetite for passionate love—especially where Jackie is concerned. He also has an eagerness to prove himself to the leader of the drug family with which he’s now involved. Nothing is off limits for Jackie and Michael. They will leave you shocked, wanting to know what happens next, especially since one of them is living a lie.

Robert Johnson is the author of both fiction and nonfiction works. He began writing in 2006, and his first book was a memoir. He enjoys telling stories he feels can intrigue and inspire others.