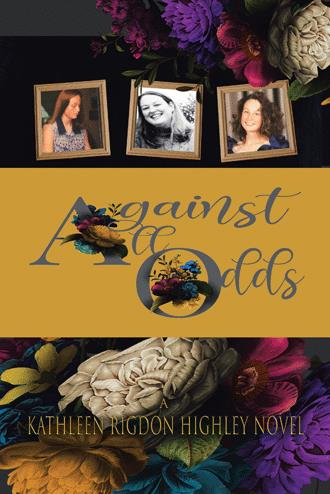 THE DATE had been set. Paul had gone so far as to “x” out every day on the calendar for the past two months. Josephine would soon be his bride. His hire as the youth minister at the Virginia Beach church Paul attended had been solidified at the business meeting two nights ago. He had given up his apartment and put a deposit down on a house to rent. A cute little two-bedroom, not far from campus. He had sent pictures to Jo for her approval. It would be waiting for them when they got back from the wedding. He could picture her now, standing out in the yard, fussing over the rose bushes, watering the grass, smiling at him, content and lovely—and his.
“Thank You, Lord,” whispered Paul, as he made his way across the room to mark another “x” through yesterday’s date. Gratefully, no one in the family had heard a word from Alexandria Luna since she had forced her way into Paul’s apartment all those months ago.
The decision had been made to wed sooner rather than later. Paul was slated to begin the master’s program in the fall. He had attended Jo’s college graduation, just one week before his own. The family had brought Jo and Aunt Pearl with them when they flew up for his own ceremony in late May.
It was now early June. Paul had decided to take the summer off, before starting his youth minister duties, in order to help prepare for his life with Jo Sterling Baldwin. Arranging for substitutes for the summer activities had been a bit of a challenge, but the color-coded chart he’d left hanging in his office left no room for speculation as to whom should be where, and when. They had his cell number, in case anyone had questions. Once it had all been organized Paul put it out of his mind and returned to Nashville. He had a wedding to look forward to and intended to focus all his efforts in that direction.
Jo and Aunt Pearl had traveled to Nashville to spend a week near the family in order to take care of any last-minute hiccups in the wedding plans. They had opted to stay at the Hampton Inn, so Aunt Pearl could maintain her privacy. She had lived alone for so many years Jo thought the Baldwin clan might be a bit much for her aunt. Not to mention, Aunt Pearl didn’t trust two young people in love, under the same roof, all night long, several nights in a row. Even after all the years that Paul and Jo had remained celibate. Or maybe it was because of that very thing.
Early on Saturday morning, Paul dressed for his regular five-mile run. He enjoyed the trail that ran through Percy Warner Park on a regular day; but today wouldn’t be any regular day. It would be the first time Jo would be meeting him there. It had taken some coaxing on his part, since Jo had been out of the jogging arena for some time now. For several years, Jo’s routine had included a visit to the gym three times a week, for an hour, and that was it. But Paul had persuaded her that experiencing the out-of-doors during a run always made him feel closer to God. “Okay, I’ll try it again,” she’d said. “But I’m not promising anything beyond Saturday. I quit running years ago.” “I’ll take it,” said Paul. “’Cause I know you’ll love being with me out on the trail and will want to join me often.” “We’ll see,” she’d said.
“Yes, we will see,” whispered Paul to the memory, as he stepped into the garage to get into the Jeep. “Yes, we will.”
He really hoped Jo would learn to love jogging again, and join him, well, as often as she wanted to join him. The idea of running with her sent a warmth through his body. She would be close and glistening and adorable.

The morning dawned cool and clear, for which Josephine felt gratitude beyond measure. Summers in Nashville could be sweltering. It had been years since she had incorporated running into her workout, so she’d spent the past month researching advice for runners—or joggers—which term she much preferred. Jogging didn’t sound so brutal. Since changing her focus from softball to education, Jo had drastically changed her workout routine, and running on a daily basis had become a thing of the past. So now, Jo found herself facing a challenge.
Jo got up extra early that Saturday morning to shower, dress in appropriate attire, review her notes, and do some stretches. She felt good. The practice stretching she’d learned during her research came almost naturally, now. It wasn’t like she’d forgotten everything she’d ever known on the subject; but she’d wanted to brush up on the latest techniques.
Jo checked the time on her phone, grabbed two small bottles of Essentia water, pulled on her lightweight backpack, and headed out the door. She closed it softly behind her, so as not to wake Aunt Pearl.
Today should prove interesting. Jo figured she would either fall into rhythm with Paul, and learn to love jogging right away, or fall flat on her face and be forever humiliated. But she knew Paul would never belittle her. She smiled at the thought of Paul Baldwin, still awed by the fact that he found her attractive, wanted to spend his free time with her, and indeed, the rest of his life with her.
Suddenly, a frown marred the happy face she had worn all morning. It came out of nowhere, or somewhere deep in her psyche. She couldn’t be sure. But sometimes she allowed her self-doubt to get between her and this wonderful man. From the first time she had uttered such feelings, Paul had gently placed two fingers on her lips to silence the negative voices that bounced around in her head. Despite Aunt Pearl’s unconditional love, the thought that her parents had dumped her, made Jo think she wasn’t good enough to love and that she’d never really measure up. Which was ludicrous since she’d only been a toddler when her parents left her behind. How could anyone place such a hardship on her, now that she had grown into an accomplished adult? And according to Paul and Aunt Pearl, Jo herself was the only one who even considered such a thing to be the truth. None of it made sense really. But when it comes to negative human emotions, “sense” rarely figured into the equation.
“Stop it,” she whispered, as she got behind the wheel of her aunt’s Camry. Camry seemed to be the only vehicle Pearl trusted. She traded hers in every two years, like clockwork.
“The subject of your unworthiness has been discussed to death,” Jo reminded herself. “If your past doesn’t matter to Paul, it shouldn’t matter to you.”
She let that thought sink in, studied on it for a minute then prayed out loud. “But sometimes it does matter, Lord. Sometimes it just does.”
The park entrance soon loomed large before her, and Jo pushed the gloomy thoughts out of her head. When she spotted Paul’s Jeep in the parking lot, she felt lighter, more content. Being with him again would certainly push all the nonsense out of her head. He loved her. She loved him. Together, they could handle anything.
Jo pulled in beside Paul’s Jeep and killed the engine.
“Good morning, gorgeous,” said Paul, as Jo stepped out of the car. “Don’t you look like an old-hand at jogging.”
“Ha,” said Jo. “Are you ready for this?”
“Can hardly wait to share the trail with you.”
The twinkle in his eye reinforced his love for her, and she felt, well, beautiful. She’d never considered herself beautiful, but that’s how Paul made her feel. Beautiful, loved, adored, even.
“Just be patient with me,” she said, shaking off the desire to kiss him.

When seventeen-year-old Paul Baldwin rejects Alexandria Luna in front of a group in the hallway at school because she is not godly and pure in his eyes, she decides that goody-two-shoes Paul will be sorry he ever messed with her. As Paul tries to move on with his life, Alexandria, a modern-day Jezebel, relentlessly pursues him until he threatens her with arrest if she does not stop. Finally, he believes he is rid of her—or is he?

While working at a summer Christian camp in Tennessee, Paul meets the beautiful, Jo Sterling, who immediately captures his heart. As love leads the faithful couple to eventually marry, they are bombarded with one challenge after another that include Alexandria’s warped attempts to still possess Paul. Determined to persevere, they listen for God’s voice to guide them through the tough times. But when Jo tries to help someone and is brutally attacked as a result, their faith is tested in ways they never imagined. They struggle to rise above this challenge together, with help from the Lord’s eternal grace.

Against All Odds is the story of a young Christian couple as they persevere through seemingly insurmountable obstacles to embrace their faith and the power of miracles.

Kathy Rigdon Highley is an award-winning writer who delights in sharing the message of hope through her poems, short stories, fiction, and non-fiction. She has published eight Christian novels and has two more in the wings. Kathy, who enjoys sharing her heart with her readers and offering encouragement for people who walk this earthly journey, sings for Jesus at every opportunity.