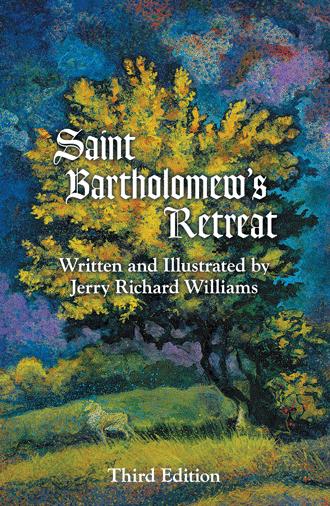 The Spokane priest conducting the service could not ignore Stephen’s audible, even volatile pleas for forgiveness over the soft Byzantine harmony of the men’s a Capella choir. But Father Nicholas was not able to intercede, even as he maneuvered to stand near the distraught young man. As the Spokane priest approached to console him, Stephen abruptly stood up, turned and entered the bell tower to the left behind the funeral bier. Nicholas quickly moved in just behind him, catching the giant gilt door before it closed.

Stephen was already starting up the steep 70 foot circular stairwell, oblivious of the narrow irregular stair treads. Father Nicholas could see that his eyes were tightly closed as he whispered his prayer, holding an ivory Rosary clenched in both hands, undoubtedly his mother’s Rosary.

Father Nicholas kept his weight to the outside edge of each step, knowing his footfall was less apt to cause the stair to creak. Not that his pursuit could be heard. The Portland Saint Basil choir had shifted to a compelling rapid Ukrainian dirge, a chant that resonated from the speakers atop and below the bell tower, vibrating at an intolerable decibel level within the cylindrical sound chamber. The music itself seemed to wrap around Father Nicholas’ aged heart like a clenched fist, tightening with each of his rapid steps upward. Father Nicholas was just able to keep about five steps behind the rapidly moving reporter whose intent was becoming increasingly clear with each step.

Stephen reached the top landing and continued walking without so much as a pause for orientation. Without breaking his cadence, Stephen walked past the array of Yugoslavian brass bells and stepped off the tower into the blue abyss of cooling evening air. 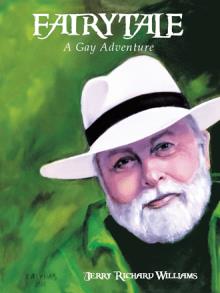 “I started reading the story as a favor to a friend, but finished it because it was a great story. Couldn’t put it down--read it straight through in one sitting!”

A young nineteenth-century priest, cousin of the Czar, accidentally discovers the mother lode while exploring Mt. Hood, a dormant volcano in the Oregon Cascades. Bishop Alexi Romanov builds his church, Saint Bartholomew, on top of his discovery of the vein of gold. This secret resource funds 120 years of humanitarian works, scholarships, and research as it becomes a haven for Eastern Orthodox refugees fleeing eastern Europe.

Romanov’s elected heir is a Crimean peasant trained in the monasteries of Macedonia. Father Nicholas is vigilant in protecting Bartholomew’s treasure. He and his small flock live quietly and inconspicuously raising sheep on their secluded property. But when the public starts to encroach on their land, ninety-eight-year-old Fr. Nicholas attempts to stop the state of Oregon as it builds a new highway.

Father Nicholas’ tactical error raises the curiosity of freelance reporter, Stephen Murphy, who wonders where and how this quiet retreat amassed its assets. Nicholas hopes he can preserve the sanctity of the land.

Jerry Richard Williams is Professor Emeritus in Theatre Arts at the University of Oregon and lives in Eugene, Oregon. Illustrations used in this novella are from his inventory of liturgical paintings, sculpture and tapestries, gifts to Saint Alice Parish in Springfield, Oregon. They are large works 48"x72" in acrylic on stretched canvas. Jerry first encountered the rich visual tradition of liturgical art in the eastern Orthodox churches in Greece. Many of these, as well as his sculptures, can be viewed in color online at www.byJerryWilliams.com.