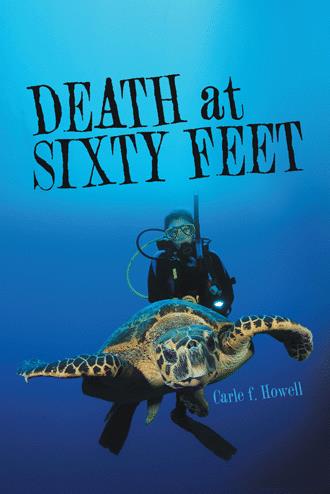 Six people waiting for their flights in cold winter while a warm, gentle Caribbean breeze stirred the white sand on the beach at their final destination at Journey’s End, a Belizean resort on the northern most tip of Ambergris Ceye, with its thatched-roof casitas and villas, beautiful freshwater pool, an array of water spots and Caribbean dining specialties. A place where you could forget all your troubles while relaxing in the sun. It was March 1991 – a technological abyss compared to today.

It is March 1991 as three American couples head to a Belizean resort on the northernmost tip of Ambergris Caye for a scuba-dive adventure. Lance and Brittany Johnson, Scott and Debbie Del Rosa, and Steve and Leigh Meadows are all battling internal demons while trapped in a triangle of lust, fear, and revenge. But as their lives intersect on a day trip with dive master Irwin Carlos Gates as their guide, none have any idea that only five of them will make it back to Belize alive.
After the boat drops its anchor, Lance and the other divers jump into the water. Moments into the dive, Lance seemingly runs out of air and dies, despite everyone’s best efforts to save him. A short time later, the dive master escapes Belize with a fake passport and Lance’s children accuse Brittany of murder. As insurance claims investigator, Alex Endecott, steps in to investigate the alleged accidental death, he is led down a complex path where he must determine whether Lance was murdered and, if so, who was behind it.
In this engaging whodunit mystery, an insurance claims investigator sets out on an ambitious quest to determine whether a scuba diver’s untimely death in the beautiful Caribbean waters was accidental or intentional.

Carle Howell has spent fifty years in the insurance industry working in roles that have included claims, sales, and underwriting for Lloyds of London. He has enjoyed writing poetry and short stories since he was young, and has published a book about the United States Constitution. Carle currently resides in Richardson, Texas.