Dedicated Love in the Military 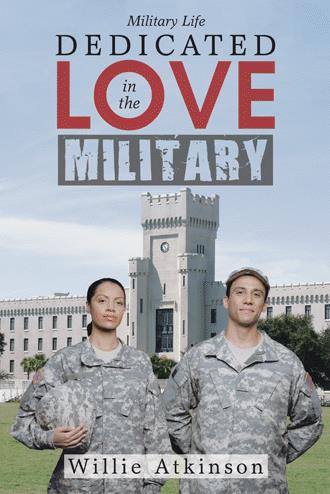 Cody was born in Charleston, South Carolina, a city rich in history. Very young, at the age of about two, he started pointing his little finger at anyone he saw in a uniform. Policemen, firemen, military—he just loved them all.
By the age of three, he had his own computer tablet, and he learned how to look up all types of military history. He had an avid interest in the Civil War era. By the age of six, he could name all of the important people in the war, starting with the president and moving on down the list.
His mom and dad did not know what to do with him. He was so smart and loved to learn about anything related to history and the military. They took him to all the sites in and around Charleston: the Battery, Fort Sumter, even Fort Moultrie near Mount Pleasant. He wanted to see so much more. They planned their vacations around places that had historical sites to visit, such as the major battlegrounds where brave men lost their lives.
As his parents pondered where to send him to school, they began to talk to other parents in their church and neighborhood because they felt that modern public schools would not teach enough American history. They decided to homeschool him, sometimes bringing in a tutor to help with other subjects.
By the time Cody was twelve, all of his tutors said that he was learning so fast that he could be in high school prepping for college. His sister, Jennifer, and his parents wanted him to be a doctor or a lawyer, but he wanted to go into the military.
Actually, he wanted to go to the Citadel right there in Charleston. The Citadel had been founded in 1842 as a military academy. At this point, it was considered a military college and had about three thousand students. Cody loved the military’s structure and the uniforms that the students wore. At the age of seventeen, he took the SAT and missed a perfect score by only one point.
The Citadel accepted his application to attend. During his initial interview, he was asked what branch of service he was thinking about joining after he graduated.
“I want to serve my country in the US Army.” Sitting straight up in his chair, Cody added, “I also would like to become a pilot and be able to fly jets and helicopters.”
“Well, son, you’re in the right place.” The interviewer set him up with some course suggestions and sent him on his eager way. The college had all the courses he could have asked for.
His parents were pleased that Cody had achieved his dreams, but they were worried too. His interest in social skills had always been minimal, and he had not gone out with friends while growing up. He had mostly stayed home in his room, using the computer or just reading books. He had never had a girlfriend or any type of relationships with girls.
In his second year attending the Citadel, he met a young lady who would be starting her freshman year there. She had long, beautiful blonde hair. Her name was Nancy. He knew that they would cut all that beautiful hair off. She told him that she knew it was coming and planned to donate the cut hair to a company that made wigs for cancer patients.
He did not get to see or talk to her again for that first year because of the rules at the college. They called the freshman “knobs,” and knobs were not to talk to or associate with the upper classmates. He kept busy through his second year. As he began his third year, she started her second year.

Cody is born brilliant. He’s an over-achiever in every way—except socially. He is obsessed with history and driven to serve in the military. It’s his life’s dream. At seventeen, Cody is accepted into the Citadel in his hometown of Charleston, South Carolina. So begins a long, difficult road to greatness.
Despite his social inadequacy, Cody meets Nancy, and they make a perfect couple. They fall in love, and as Cody’s career progresses, so does their relationship. Over the years, Cody flies through boot camp, receives several promotions, and is sent to war.
Cody’s passion for service is passed down to his son, and it soon becomes apparent that dedication to the military comes first in this family. Dedicated Love in the Military follows four generations of Cody’s lineage as they traverse the path of patriotism. Through marriage, childbirth, life, and death, love connects them all.

I am a Veteran of the United States Army and served 24 years. I love to write and thought that I would write some military books. My third grade teacher told me after I turned in a story that I wrote about a boy who ran away and jumped on a rail train and lived with some hobo’s she said someday you will become a writer. Well that has taken a long time but I have written five books now. I live in Charleston SC where there is lots of history I was born here. I am a widower and I have lots of time to write my books. I enjoy making up the stories that I write. I have a vivid imagination.