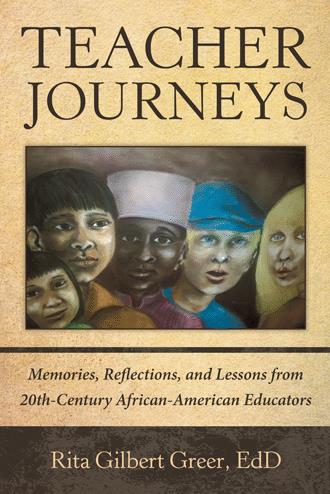 Dealing with hardship, challenges, issues, and conflict was nothing new for me. When you are the child of a single parent who dropped out of high school, and when, at age four, your father dies in a court-declared accident, but neither you, your mother, or sister get one dime from his $10,000 insurance policy, you learn to deal with injustice and disappointment. You also learn to respect and cherish the person who makes sure that you never go hungry, you are never dirty, your clothes are always clean, your hair is always combed, and you always have a roof over your head. So, when my mother said, “Have you lost your mind?” I began to wonder if she might be on the right track. Had I lost my mind?

Making the decision to switch career focus from law to teacher education was a monumental task for me. Three days and three nights of torment had ensued after my substitute teaching experience with junior high school students who could not read. I tossed and turned and debated, over and over and over again. Lawyer-lawyer-lawyer. Teacher-teacher-teacher. I had fluctuated back and forth. I went to class in a stupor, blurry-eyed and hungover without drinking a drop of alcohol. I couldn’t pay attention and do not remember anything that my favorite political science professor said. My normally bright eyes were red-rimmed with dark brown circles underneath. However, the most revealing indication of my unrest was my mouth. I didn’t open it. I was quiet and never said a word, totally unusual for the girl with the gift of gab.

My stomach churned and I could not digest my food. At night, I tried to sleep or pretended to sleep so that I would not disturb my husband, Jim. I would slip out of bed and creep down the hall to our living room, taking up residence on the orange leather sofa that was rock solid and unforgiving, regardless of who sat or slept upon it. On the third night Jim found me there, hugging a pillow as silent tears streamed down my face while I hiccupped, unable to catch my breath. He sat beside me, but never hugged me. He looked down at his hands that he rubbed against his pajama-clad thighs. Finally, he looked up at me and said, “Do what you want to do. It’s your call, your career.” When I began to say something, he held up his hand as a stop signal; shook his head, no; then got up and walked back down the hall toward our bedroom.

It was my call and I had to make it. I also knew I would have to live with it. Jim would support the decision that I made, either way, lawyer or teacher. We had married after my first year at college and we had an understanding. He always said that he was neither a scholar nor a teacher, and I was smart enough for the both of us. My career was my career and he would be there for support, not direction. (And he has been for more than fifty years.)

My mother was the first person that I told of my final decision to change majors. Her reaction was somewhat expected and somewhat unexpected. You see, my mother was the youngest of five siblings whose parents were both deceased by the time Mama was nine years old. Raised mostly in Louisville by their Aunt Gee and Uncle Joe, she and her siblings attended Louisville City Schools, including the old S. Coleridge-Taylor Elementary, Madison Junior High, and Central High schools. They always told us stories about school and the outstanding teachers who taught them, Blyden Jackson, Mr. Tisdale, Ms. Matthews, Lyman Johnson, Ms. Holt, and Doc Whedbee to name a few. So, Mama and our entire family highly respected teachers and appreciated education because, “Education is something that no one can take away from you”—another idiom that we often heard.

Mama and her siblings, the three sisters in particular, also had plans for their children. My mom and my aunts were very close and they had children who were stair-stepped. The sisters observed, discussed, and sometimes issued edicts to their children. My sister, Olivia, is the oldest of the line of 22 first cousins, the children of the five siblings. I am number three. Based on family observations, evaluation of talents and skills, discussions, and close scrutiny, each of those 22 first cousins was assigned a career goal. My sister was outstanding in mathematics, won a national math contest, and was steered toward teaching math. She is a math teacher, certified in Tennessee, Kentucky, and Indiana. Number 2 in line was cousin Bennie. He loved science, dissected animals, and was the family’s go-to person when signs and symptoms of illnesses appeared. He always had some kind of medical book or magazine in front of him and could trace every system in the body by the time he was in eighth grade. He was designated to become a doctor. He is currently a licensed medical doctor in five states.

Number 3 was “motor mouth,” the one who could talk-talk-talk and could argue with a brick. I debated about anything and everything and could present a convincing argument on either side of a given issue. My teachers, Carrye Evans, John Miles, Jr., James Mosby, and Lyman Johnson made sure of that. I was slated to be the family lawyer and the first female with a doctorate. Part of this slate for the future was to be wiped clean if I chose teaching as a career.

Where you live does not define who you are or who you can be.
Those were the words of a wise woman who did not know that she was a teacher or that her words would be remembered and passed on to future generations long after she died. However, this wise woman did know that to make her belief come to fruition, education was the key.
For many African Americans who travelled life’s highway during the twentieth century, caring teachers were their guiding star, their map, their GPS, and their light through the tunnel. Teachers gave students confidence, hope, determination, knowledge, and a feeling of “yes you can.”
In this book, the author rejects the idea that anybody can teach and provides clear, distinct criteria for anyone thinking about teaching as a career. The stories she shares also serve as a thank you to all of America’s teachers.
Discover how African-American teachers have inspired students to succeed and pay it forward with the remarkable stories in Teacher Journeys.

We must have outstanding teachers in today’s schools. Expectations are key to student performance and teacher success. If teachers have realistic expectations, our kids will try to live up to them. No child wants to be a failure and no good teacher wants their students to fail.
—Daisy R. Wright, Teacher

Without knowledge and skills, opportunities cease. The burden of developing and imparting the knowledge and skills has been placed squarely upon teachers, regardless of how unfair and lopsided it seems. If anyone is thinking about becoming a teacher, he or she must understand that this profession makes the biggest imprint of any occupation in society.
—Verna Cahoon, Principal

Dr. Rita Greer, a native of Louisville, Kentucky, is a graduate of Central High School and the University of Louisville, from which she received three degrees, including a Doctorate of Education. A professional educator for nearly fifty years, Dr. Greer divided her time between the K-12 education arena and university teaching. Initiating her career as an educator with the Louisville Public Schools in 1971, she taught middle and high school for thirteen years before matriculating to Central Office as an administrative intern with Jefferson County Public Schools (JCPS). Later she served as Human Resources specialist, Data Management Coordinator, and Human Resources director. During her tenure with JCPS, Dr. Greer was either teaching; directing the recruitment or hiring of teachers for elementary and special schools; training teachers for elementary, middle, and high school positions; or developing programs to recruit and nurture teachers and administrators for employment in JCPS. After her retirement in 2004, Dr. Greer continued serving as Special Projects Consultant for the District.
Among her various accomplishments, Dr. Greer is also credited with the development and implementation of several teacher recruitment and training initiatives for supporting teacher certification and providing quality teachers for JCPS. Initiatives to her credit include the Minority Teacher Recruitment Project (MTRP), the longest continuous school district/university teacher recruitment collaborative program in existence in the country, begun in 1985. In addition, she co-designed the Alternative Certification in Elementary and Secondary Program (ACES), the only certification program in Kentucky that allowed a school district (JCPS) to certify teachers. Furthermore, Dr. Greer was instrumental in designing and developing a number of specifically focused recruitment and training programs, including the Para-Educator Teacher Training Program (PETT); the Montessori Teacher Training Program; the Exceptional Childhood Education Teacher Training Program with Bellarmine University; Career Opportunities in Special Education (COSE) with the University of Louisville; the Extended Alt-Cert Program with Indiana University Southeast and Western Kentucky University; the Stillman College Student Teacher Training Program; the Barbadian Teacher Recruitment Initiative; and the Professional Educator Teacher Training Program. Through her recruitment efforts, leadership, and program development, thousands of educators, including minority teachers and those in high-needs areas, have joined the profession. Many have subsequently migrated to various administrative and leadership positions in JCPS and throughout the Commonwealth.
In 2010, Dr. Greer joined Spalding University’s faculty as Director of the Leadership Education Doctoral Degree (EDD) Program and Advanced Graduate Education Programs. At Spalding, she shepherded the EDD Program as well as the Masters and Rank Programs for certifying counselors, teacher-leaders, and principals. She also served as co-chair for the 15,000 Degrees Initiative, a project under the Community Foundation of Louisville designed to encourage and support degree attainment within Metro Louisville’s African-American community. She officially retired in 2014, but continues her professional commitment as an education consultant and adjunct professor.
Dr. Greer currently serves on several boards, including the University of Louisville College of Education and Human Development Advisory Board. She and James, her high school sweetheart/husband of more than fifty-two years, have one daughter who is a public school educator, and two grandchildren.