Murder at the Art Fair Raises the Stakes 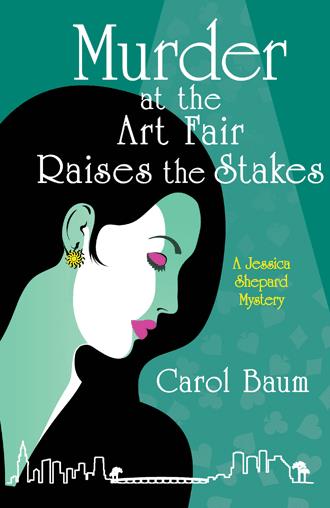 Jessica’s complaisant ambling was interrupted by Eva’s sudden outburst; Eva stared at her father with concern and clutched his arm, studying him for any signs of what was troubling him. The elder man had stopped dead in his tracks, and his eyes were squinting at the sign to the right of one of the galleries. Jessica followed the direction of his gaze to a large, brass nameplate that read “Galerie Reinheimer.” Under that heading, the plaque listed multiple branches of the gallery, located in Miami, Berlin, and New York. “Dad, what is it?” Eva repeated more gently as her father shook his hand up and down to quiet her and to assure her that he was quite all right and nothing was physically wrong with him. “Doesn’t my nephew work for that gallery?” he asked his daughter. “I haven’t spoken to him recently, but I think I remember the name of the gallery.” “Joseph, you mean?” “Yes,” he said, seemingly irritated by her failure to understand him. “Joseph. Do I have another nephew?” Eva ignored her father’s obvious sarcasm and said, “Dad, I don’t know if he’s working there. Joseph doesn’t talk to me much anymore. You know that.” “Well, he called me, but I can’t remember when. But when he did, he mentioned the name Reinheimer. Now that I think about it, I’m sure of it. That was the name.” “Why don’t we all go over and ask about it?” Jessica said to them both, observing the elder man’s continued annoyance at being doubted by his daughter. “If it’s the same gallery your relative works for, they’ll surely know inside.” Eva took her son’s hand and, with her father and Jessica following, entered the stall. It was a large rectangle, open on one side and closed on the other three by the white partitions used throughout the fair to demarcate each gallery’s space from the other. The area allotted to the Galerie Reinheimer was more generous than most of the other booths around it, suggesting the prominence of the gallery among its competitors. Paintings hung on the walls, most framed in intricate gilt frames and strategically arranged so anyone entering could best appreciate the artwork. A middle-aged man with thinning gray hair, which matched in color his more extensive beard, was seated behind a large laptop computer. The computer had been set up on a metal table in the middle of the booth. He was staring intensely at the screen as they entered, so at first he didn’t notice them. When he finally looked up and saw them, he immediately got up from behind the table and came over to greet them. “May I help you?” he asked solicitously. Although focused on the three adults, he was peering out of the corner of one eye at Jonathan. Just at that moment, the boy had escaped Eva’s tight control, and he was roaming the limits of the space, open-eyed and seemingly mesmerized by the colorful pictures on the walls. It was clear the gallery attendant was anxious that Jonathan’s budding enthusiasm potentially might damage any one of his cherished pieces on display. “My father was wondering …” Eva began, after clearing her throat loudly to get the man’s attention away from her roaming child. “I wasn’t wondering. I know …” Anton broke in loudly. “Dad, please, let me explain to the gentleman,” Eva said to her father, now showing a bit of her own irritation. “If we both talk over each other, he’ll never hear what we want to ask him.” “All right. All right.” Eva shifted back to speak to the gallery attendant directly. “My father believes that a relative of ours may be associated with your gallery, and we thought we’d ask if we were correct.” “Who may that be?” “Joseph Levy? Does he work with you?” “Oh, yes, I know Joseph well,” he said, staring curiously at Anton. “Your father looks a lot like Joseph.” Then he shook his head slightly and looked back at Eva. “Joseph works at our Miami gallery in the Design District. He’s an essential part of our gallery.” “See!” Anton harrumphed at Eva, appearing exceedingly pleased that he was proven correct. He puffed out his lower lip in triumph and looked at Jessica, including her in his small victory. Seeing how similar the gesture he made with his lips was to one his grandson had made on the plane when initially denied a window seat, Jessica thought it truly remarkable how the family’s facial expressions and physical characteristics seemed to be faithfully passed down through the generations to one another. The gallery attendant continued speaking. “Let me introduce myself, especially now, considering your connection with the gallery. I’m Ernst Reinheimer. This is my gallery—well, technically, my father, Paul’s, but I really run it now and have done so for a long time.” Jessica studied him more closely as he spoke, a little entertained by his grand manner. Reinheimer was a large man. He appeared to be well over six feet and had a tendency toward paunchiness, so that his lumpish physique seemed somewhat at odds with the elegant paintings positioned on the walls surrounding him. “So, how are you related to Joseph?” he finally asked Eva. “He’s my cousin—the son of my father’s late brother,” she explained. “My twin brother, Ben’s, son,” Anton said. “Ben’s gone now—like Sarah.” He looked away from the others as if to control his emotions, which were clearly momentarily overcoming him. Before Reinheimer could offer his condolences to Anton, another man entered the stall. The newcomer was smartly dressed, and unlike the casual garb most of the people at the fair were attired in, he was formally decked out in a dark, pin-striped suit and had a bright paisley pocket square prominently displayed in his left breast pocket. Jessica saw him motion, with a sharp jerk of his head, to Reinheimer that he wanted to speak to him. 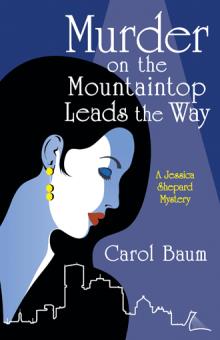 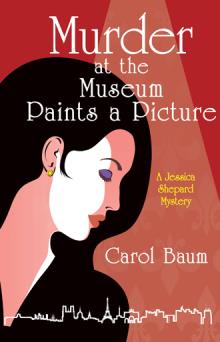 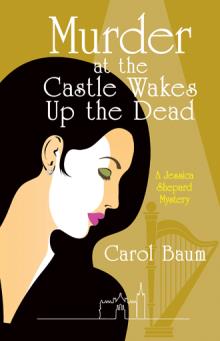 When Dr. Jessica Shepard travels to Miami to attend an international art fair, she makes friends with a precocious child, Jonathan, and his family, as she looks to purchase some paintings. She’s also reacquainted with Alain Raynaud, Canadian narcotics detective, who has been asked to evaluate security at the art fair due to his prior work at art museums in Paris.

After Jonathan’s grandfather recognizes a painting left behind in Germany when his family fled before World War II, an unexpected death occurs. Jessica is drawn into the mystery, wondering if the death was suicide or murder. No one can be trusted as gallery owners, a lawyer, an elderly woman and even her caretaker are questioned.

It will take an art curator, a former gang member, a mathematician turned magician, as well as a good game of poker to help Jessica crack the case. She must use her analytical reasoning skills to help Raynaud and the authorities prove a murder has been committed and how it is connected to a questionable piece of art.

Carol Baum trained as an allergist and immunologist and practiced clinical allergy for thirty years before integrating her skills into writing fiction. Using her lifelong love of novels, particularly mystery novels, she creates complex characters and plots. She currently lives in Connecticut with her husband and enjoys visiting her son, traveling, and writing. She is also author of Murder on the Mountaintop Leads the Way.