Everything I Possess So Far 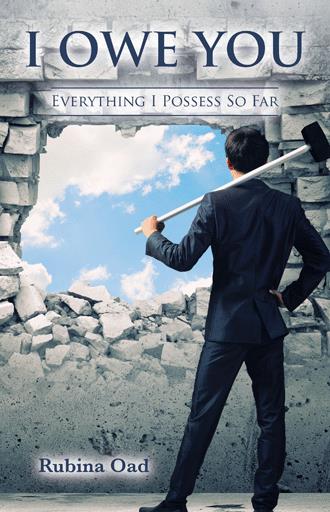 Since birth, he had seen their rights being violated. His caste people were discriminated against and humiliated. Illiteracy and poverty were considered their fate.

It was unacceptable, but with no education and a low socioeconomic status, they couldn’t change their destiny. Consequently, he stood up for the change.

Throughout his life, he loved learning and would often say of his books, “These are not just books; these are my friends.”

The Oads were a Hindu caste in Pakistan who were “constructors,” and as such, they were looked down upon.

One of them was Rubina Oad’s late father, who she pays tribute to in this book. Unlike most of his peers, he did not accept his predetermined fate.

Instead, he sought to change his circumstances and refused to accept a life of adversity. In the process, he passed the same philosophy down to his children and extended family.

In recalling his life, the author shares how her father went from being the child of a poor couple that earned their wages building mud houses in a small town to a respected professional who became a Lawyer, a Judge, an Additional Commissioner of Income Tax, and a Legal Advisor.

His urge to grow rich financially and socially kept growing as he grew older, propelling him to even greater success.

Join the author as she celebrates an amazing individual who broke a vicious cycle through an incredible display of belief, hard work, and achievement.

Rubina Oad began writing for the local newspaper while still in high school before pursuing a medical education. She practiced as a physician for many years before moving to Canada with her husband, where they live with their two children. She wrote this book after observing the lives of great people and hopes it will inspire others.