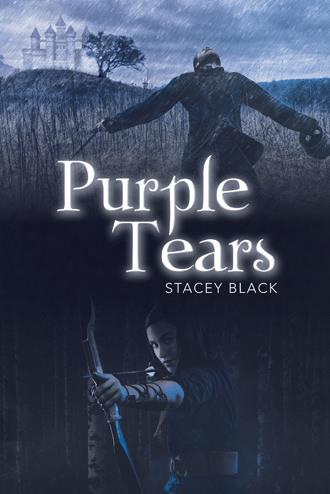 Lira was a bit of a bragger. She often bragged to her family of all the gifts she’d acquired. She made the mistake of bragging to Meraka about a gift the king had given her in an attempt to make her jealous. She’d forgotten that Meraka had been of royalty her entire life, and had many valuable items. She had great respect in her kingdom. She controlled who was in her presence. She didn’t have to deal with concubines and their disrespect. Her father was the king so no one would dare disrespect her, if so, she would have them killed. She wouldn’t put up with any foolishness.
One morning Meraka was sitting in the garden brushing Samara’s hair as she enjoyed doing, when Lira approached her in an attempt to show off a bracelet. She started waving her risk around as she danced and laughed. She wore a look of victory on her face and a half smile. Meraka didn’t care about the silly little bracelet. It resembled the gifts such as the ones he’d given to the children. She was more concerned that Lira was flaunting it. She knew she had to discuss the situation.
Meraka continued to brush Samara’s hair, ignoring Lira. With her childish ways, Lira was determined to taunt her, and needed her attention to make her point. After many attempts, Meraka could no longer ignore Lira. She continued ‘til finally Meraka gently reached for her hand and looked at her risk. She tilted it from side to side, carefully examining it, and then smiled. Meraka knew the king liked Lira but not as he did Seeta. She knew if she had words with her, he wouldn’t be upset and there would be no consequences. Meraka calmly let her know where she stood in the king’s world of women. She tells her “the gift was a gift the king would give to a child, and there is nothing special about it because there isn’t anything special about you!” She goes on to say in a firm voice “If you’re trying to take on Seeta’s role it will never work because the king actually loved her.” “He would never give her such a mediocre gift and he will never look at you the way he looked at her.” “You should think about hiding it, because it means nothing to him as you mean nothing to him, you should be embarrassed!”
Lira immediately regretted approaching Meraka. To her surprise, she didn’t think she’d be so cruel and nasty. She knew Meraka didn’t like her much but she’d never seen that side of her, a side she wishes to never see again. By this time, Meraka had many incidents with Seeta. Lira would be easier to handle because the king had no real feelings for her. She had to accept Seeta because the king wouldn’t give her up. After Seeta, she vowed no other woman would disrespect her in her own kingdom as she did. She wouldn’t allow it.
Meraka and Seeta had many encounters as they battled for the king’s affection, so she was use to Seeta. Their encounters caused Meraka to become tougher and stronger. Though they had disagreements, Seeta never bragged of her gifts from the king nor did she try to flaunt them in front of her. She’d received gifts that were big, extravagant and noticeable from afar.
Meraka was tired of Lira and wanted her gone. She was merely a distraction and was in the way. She needed her to leave immediately, before she became pregnant again. She exaggerated and told the king that Lira had disrespected her by flaunting her bracelet and wanted her gone. Without hesitation the King agreed, and promised Meraka that he would take care of the matter. Meraka turned her back towards the king cracking a half smile and sipped her tea. The next morning the servants were packing Lira’s belongings in her room. She couldn’t believe the king would make her leave. She now had to return to her family without her child. He allowed Meek to stay but she had to leave. As she walked towards the door Meraka stood and watched patiently. When she started to walk through the door Meraka reminds her with a whispering voice “don’t forget that beautiful bracelet my dear,” with a smirk on her face. Lira hated that smirk and considered blackmailing Meraka. She had been following her so she knew of her secrets. She wanted to expose her to the king, but was afraid he wouldn’t believe her. She feared the consequences; instead, she dropped her head and walked away. She reminded Meraka that someday she’d get what she deserved.

In the Eneija Kingdom, King Eneija is a man of his word, is well respected, and has great influence over other kingdoms. He rules with fairness, as his father once did. The king doesn’t allow the opinions of other men to influence his decisions, and he never hesitates. However, the king has a weakness.

King Eneija is in love. He is tethered to his affections, unable to rule without them. He will not admit this weakness. He tells himself to stay strong and rule in the tradition of his ancestors. Being obedient to the purple has allowed the Eneija Kingdom to remain dominant and beautiful. The purple is a gift given for obedience, but the people are drawing away.

The kingdom has grown large and profitable through blood, sweat, and the purple tears. Now, the king’s compassion might be its downfall. His life suddenly overflows with secrets pleasures and punishments. In this world of intrigue, giving in to love could prove to be not only heart breaking but dangerous.

Stacey Black writes fiction that keeps readers in suspense. Prepare for an adventure of love, mystery, and secrets.