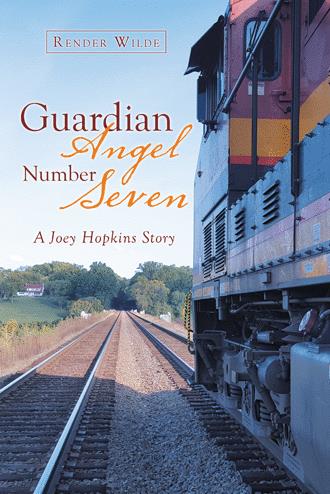 The first shots were fired. Dust from the fresh holes in the ceiling tiles floated to the floor. Joey had known he shouldn't go there, yet he had. I watched him look around to see where the trouble was going to come from. Smokey had given him a chance to get his butt out safely, yet he'd stayed, and so had the girl.

Bagpipes were playing an old Irish war tune. Suddenly, the music turned to hard guitar fiffs, and it was game on.

I tripped the first guy. He nearly placed his gun right in Joey's hands. Joey wasn't ready. It seemed he thought he was going to throw his body into the guy's legs and let the old guy shoot him. His plan would have gotten him killed, so I had to interfere, and I helped him more then I should have.

I pulled the trigger, sending bullets flying everywhere. I almost got the guy on the other side of the buffet tables. I pushed the butt of the gun down so the business end pointed up. The bullets kept coming, and the muzzle came up under the bad guy's chin and nearly blew his head off. Blood, guts and brain matter covered Joey's face; he couldn't see diddly-squat. That was exactly what I wanted.

The man was lying on top of Joey. I pulled the gun down parallel to his body and pulled the trigger once again. We took out the second guy with that burst. Several shots to his legs brought his face down to where I could put a couple of rounds under his helmet.

The last guy posed the biggest problem. He was getting some shots off and didn't care that he was hitting his own man. Joey was using the dead guy for cover.

Smokey took a round to the stomach and lost his grip on his peashooter. I pushed it into Joey's hands, helped him lift the dead weight that was protecting him, lifted his arm, sighted on our quarry, and fired. No more bad guys.

I thought I had done a nice job, Joey was still alive and uninjured. I, on the other hand, was in deep doo-doo.

I had different ringtones for diffent people. I hadn't known that before. I knew it now. "Tears Of The Saints" was playing. I answered, not sure whom I would be speaking with. It was the bastard who should have been in hell: Baxter the child molester.

"I see you read your list of dos and don't carefully this morning, Jacob. You don't realize how bad you messed things up."

I wanted to cuss and swear at him. I bit my tongue.

I've been told you might need a mentor, so I volunteered for the assignment. I knew you would be thrilled."

This time, as hard as I tried to hold back, it all came out. When I finished using every foul cuss word I had ever learned in my short time on earth, he began his explanation of how things worked.

"You messed up real bad, Jacob. Now the devil gets to take three souls who weren't meant to die. His choice, with some exceptions."

"He can have the three I just sent him."

"Not how it works, Jacob. These three souls will affect Joey; you can place a bet on it. I know how the devil works."

I stood there with my chest puffed out, my body tense, waiting to unload as he droned on about what a loser I was and how I had upset the natural order of things once again. I asked him what he meant by that.

"When you killed me, you upset the natural order. You never gave me the option to repent. Just like when Joey took your life. You were never able to learn all the things you needed to learn while on earth. Now you must learn them in death. Do you see what happens when we take a life? Thats why it's one of ther Ten Commandments. It upsets the natural order of things when you take a life."

Joey Hopkins is a Locomotive Engineer and former Master-at-arms in the Navy. Jacob Russell is an undercover ATF agent and former Navy Seal. Their paths cross with tragic consequences when Joey is asked by a detective to help with an investigation. When the favor goes wrong, Joey kills Jacob in self-defense, not knowing that he is an undercover officer.

When Jacob reaches the outskirts of heaven, he is offered a deal. He can see his beloved wife again so long as he takes a position as a Guardian Angel. He accepts the job only to discover he must protect Joey, the man who killed him. To makes matters worse, Joey soon sustains a head injury to Jacob’s delight. It backfires when Joey can suddenly see and hear his resentful Guardian Angel.

Jacob has his hands full as trouble always seems to follow Joey around. When Jacob requests that Joey save his wife, his troubles triple since she is wild and comes with a set of twins. Joey carries around his guilt while Jacob struggles to overcome his bitterness. Now, these two heroes must battle both evil and themselves as they learn to accept each other.

Render Wilde is a locomotive engineer who has been working in the Richmond, Virginia, area for the last fifteen years. He is married with two children and loves to entertain his family and friends with wild stories.