Kosovo: The Illegal and Unnecessary War 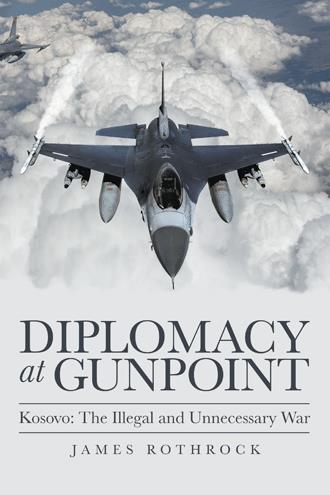 The clouds of war overshadowed the negotiations at Rambouillet, France. If the two sides could reach an agreement, there was a chance for peace. If they did not, especially if the Federal Republic of Yugoslavia were the party to reject the accords, the probability of war was very high. The two sides were separated by diametrically opposed objectives. The Kosovo Albanians wanted complete independence, while Yugoslavia was determined to hold on to its sovereign territory that was an historically holy place of the nation. The negotiators were faced with bring these two extremes together.

On the eve of March 24, 1999, the North Atlantic Treaty Organization (NATO) began bombing the sovereign nation of the Federal Republic of Yugoslavia, a poorly developed nation the size of Kentucky with a population of eleven million. Led by the United States, NATO bombed Yugoslavia for seventy-eight days and nights, with the objective of ending the repression of the ethnic Albanian population in the province of Kosovo. This book explores the numerous questions about the legality, morality, and necessity of NATO’s military intervention.

Colonel Rothrock probes some of the pervasive questions about the Kosovo War:

• Were all alternatives short of war explored?
• Were conventions of international law contravened?
• Why were some provisions of the Rambouillet peace agreement nonnegotiable?
• Was the proposed Rambouillet agreement written with provisions that no sovereign nation could accept?
• Why did the United States insist that only a NATO implementation force inside Yugoslavia and Kosovo was acceptable?
• Why was the Yugoslavian Parliament’s last-minute offer to consider an international occupation force other than NATO ignored?

James Rothrock, Lt. Colonel U.S. Air Force (Ret.), served twenty-eight years in the U.S. Air Force, including eleven years abroad with travels in Europe, the Far East, and the Middle East. He served three years in a NATO command, two years as an advisor to the Hellenic Air Force in Athens, Greece, was a launch control officer of nuclear forces for three years, and he completed a one-year tour in Vietnam at the height of that war. He is a former special investigator for the U.S. government and an adjunct professor of world geography. He is the author of two other books: Live by the Sword and Divided We Fall.