The Wife of the Doctor AKA Khanumeh Doctor 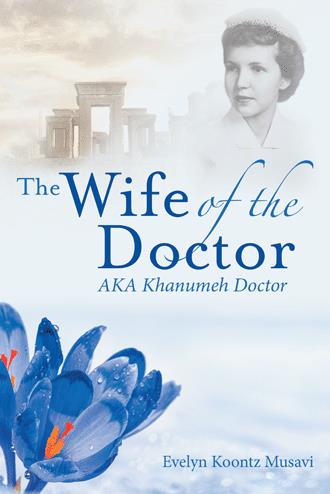 It was March of 1965. I had been living in Teheran for eight months and was in my fourth month of pregnancy. Iranians were beginning preparation for the celebration of Now Rouz (New Year). Many of the annual holidays were in commemoration of martyred religious figures and were, therefore, sad and solemn occasions. But Persians, in general, are happy and joyous people. They are highly social and delight in being in family groups and partying. Now Rouz is a ten day celebration of visitation to each other’s homes, elaborate dinners, home decorations, and gifts. Young children, in particular, are recipients of gold coins. There is a protocol to be followed in visiting. The elders, matriarchs and patriarchs of the family are to be visited first.

On this occasion, my husband’s father had kindly gifted us with a visit to the city of Ahwaz, located in the province of Khuzistan, the family’s home base for generations. My husband’s oldest brother, an agronomist, with his wife and two sons, lived and worked in Ahwaz. A few days prior to the holiday, we left Teheran by train and travelled south. We had a private train compartment which provided two bunk beds on opposite sides. My husband and our almost four year old son slept in the bunk beds on one side and I slept on the lower tier of the bunk bed on the other side. Sometime, late at night, I was suddenly awakened to see a man standing at the table, just beneath the train window, resting his hands on the table and staring out the window. He was wearing a dark jacket like those worn by the conductor and a French beret on his head. I was in a state of neither being fully awake nor asleep but I must have stirred as our intruder looked down upon me. Our eyes met and I can still, today, see his face clearly, even now, fifty six years later. He slowly turned and disappeared through the door of our compartment. A moment or two later, I came to my senses by summoning my husband who continued to sleep soundly. I said “Someone was in our compartment, a man standing over the table looking out the window”. My husband moved like a streak of lightening to my side of the compartment and felt for his wallet in his jacket pocket hanging above my head. Unfortunately, the wallet was gone! My husband quickly summoned the conductor. My husband has always been very cautious and diligent about security. When we travelled, he always slept with his wallet under his pillow. At home or away, he always checked and rechecked for locked doors. Alas, both of us had made serious errors. My husband had forgotten to lock the train door to our compartment and had left his wallet in his jacket hanging above my head. I, on the other hand, could not seem to collect my senses after awakening from a sound sleep and was too long oblivious to the danger we faced.

The conductor took our report and my description of the scoundrel whom I had seen in our train compartment. Once daybreak broke, the conductor escorted us throughout the train and supposedly I saw every person on the train. I saw no one with a round face, youngish, about five feet, eight inches, approximately 150 pounds, wearing a conductor’s jacket and a French beret. The train had made no stops during the interim. The culprit was obviously hiding and perhaps had an accompanist.

There is a sequel to this unfortunate experience. Years later, a man claiming to have been the paid thief, perhaps possessing a conscience and a sense of remorse, showed up at my brother-in-laws dental office in Teheran and confessed to his thievery. He named the person who had paid him to commit the crime. As well, he claimed that the same person had been behind the break in to our home that ravaged our home and stole our Persian carpets. Shortly after purging himself of his crime, he died in an auto accident. May he be forgiven and may he rest in peace.

As I am writing this, my husband reminded me of two other events that had occurred, at about the same time frame, that at the time he had chosen to spare me. His mailbox had been broken into as well as his car from which his briefcase was stolen. In his briefcase was a letter from me for my parents that never got mailed causing my parents considerable stress. It was believed that all four incidents were instigated by the same person.

Evelyn Koontz Musavi was born in Middletown, Maryland, a small, quaint farming town, settled by German immigrants in the mid-1700s. This provided a backdrop for the unexpected adventures to come. In The Wife of the Doctor, she offers a memoir of a young American girl, born during the Great Depression.
Living with loving parents and grandparents on a farm in a modest Victorian house, lacking indoor plumbing, central heat, refrigeration, and laundry facilities, Musavi experienced a host of adventures: from dropping seed potatoes into an open furrow at age of six, hunting and skeet shooting with her dad, collecting milkweed pods for pilots’ jackets in World War II, and marriage to a young Iranian surgeon from an aristocratic and prominent Persian family. The remainder of her life has been filled with motherhood, years of business, retirement, and travel.
The Wife of the Doctor gives insight into one woman’s life as she adapted to a variety of situations using her mantra to work hard, tell the truth, mind your own business, and go to church on Sunday. It chronicles a story of how creativity and self-reliance prevailed with faith in God as her GPS

Evelyn Koontz Musavi graduated from nursing school with honors (the operating room), served as the evening supervisor of a major hospital, taught English to Iranian adult men in Teheran, and was director of two private K-8 schools for twenty-five years. Now retired, she enjoys traveling with her husband. They live in Pebble Beach, California. Musavi has four children.