One Eye on the World 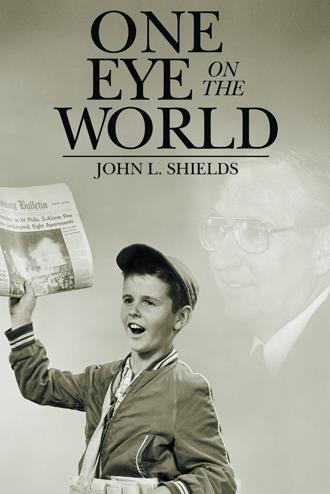 "The world changes as years go by, and sadly, so has the newspaper industry."

"Humor is good for the soul. Unfortunately, many never have humor or common sense.
To prove my point, just look at what Congress does. Or doesn't do. Makes me want to require they sit in a corner for doing such a lousy job most of the time. Okay, that's just wrong. All of the time. Who knew public welfare paid so well?"

"During my lifetime, transformation affecting everything in the life of Americans has been the most
dramatic of anytime in history."

"Many newspapers have lost their way."

"Bully named Butch swung a harness hame and hit me square in the eye."

"Mother would heat bricks, wrap them in a towel, and place them at the bottom of my feet."

"All my family worked hard, and mother's great cooking served the same purpose as gas to an automobile. Thanks to the pinto beans, we produced our own gas."

"There is a big white desk waiting in Heaven for me to cover sports."

"Here was the Texas boy sitting with some mighty high rollers."

"Through 73 and one half years I've viewed the many wonders--and some disasters--of the world through one eye. Well, actually, I've always had two, but one was glass during my early years."

"There is no substitute for reading, writing and arithmetic as taught by my teachers."

"But when I did start school, the first five years were the most important years of my education."

"Mr. Wortham wanted to hire me as a reporter. Could have knocked me over with a feather."

"No one from a newspaper responded, but did receive couple calls from hookers. Yeah, that's a prostitute."

"Bet that deer had a good laugh at the one-eyed hunter who couldn't even hit it using a scope."

"The attorney general and I became friends, and for some reason, he became a fan of mine."

"A reporter, for whatever reason, crawled from his desk squawking like a turkey."

"Senator Kennedy, I came here to learn you people."

"It was a simpler, kinder world, minus the anger we see today."

One Eye on the World takes readers on a serious yet humorous journey of the glory years of the newspaper industry. This was before the sad state of many faltering newspapers and the biased media in today’s world. The book’s title comes from the author, John L. Shields, losing one eye at one and a half years old. Having only one eye impacted John’s life, but he turned it into a positive and was known for his unusual sense of humor. Throughout a career in several states—West Coast, East Coast, and in between—his path crossed with well-known entertainers, politicians, and news makers. Readers will find an interesting recounting of history, from John’s birth in 1942 through the present. The author had a front row seat to some of the most dramatic changes in US history—events that changed the world.

Readers will ride along with someone who spent almost fifty years in newspapers as a newspaper carrier, circulation mail-room employee, reporter, sports editor, editor, supervisor for groups of newspapers, and CEO/publisher. Those years—from 1959 to 2007—were some of the most turbulent, and brought some of the most dramatic changes for the country, both good and bad.

John’s stories give readers insight into a reporter-editor-photographer covering schools, tragedies, corruption, and human interest. These stories bring readers into the newsroom of daily newspapers, and how decisions are made.

John L. Shields picked cotton on a Texas farm as a child, establishing a lifetime work ethic. Starting from the bottom delivering newspapers and working in a mail room, John never thought he would become a journalist. Yet John went on to have a fifty-year career as a reporter, editor, publisher, and CEO for newspaper companies throughout the United States.