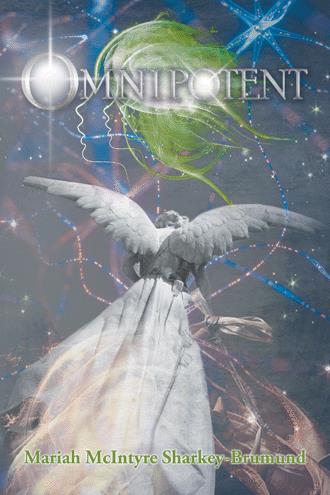 IV—NIGHTMARE
a frightening or unpleasant dream

The O’Shaughnessys lived in a neighborhood of Southern California known as Santa Maria. Their home was a modest 2,000-square-foot white stucco building, just three miles east of La Jolla, and thirtyish miles north of Tijuana. Dr. O and Mrs. O both worked at University Hospital. Dr. O was a neurologist, and Mrs. O was a nurse who specialized in anesthesia. “Nothin’ could be finer than to be in Carolina in the mooooorrrrnnnning!” Dr. O belted as he danced out of the shower at 6 a.m.

He was the only true morning person in the family, and Cassie often wondered if he loved work more than he loved his family. Mrs. O left by 5:30 a.m., and not-so-silently cursed her alarm clock on a daily basis. Mrs. O loved her work, but her family owned the large majority of her heart.

“Good morning, Cassie!” Dr. O called as he passed the bedroom she shared with her seven-year-old brother, John Thomas, who was cooing through a delicious sleep. This was her father’s way of pretending to just “happen by” her room, but really he was being their alarm clock. He would pass by singing one more time, and they both knew that was their final warning to get up and get moving.

Cassie lay soaked in sweat, her heart pounding like an elephant was stomping on her chest. Visions of silver streaks and bright light flashed in the darkness—she knew this happened when she was stressed. It was like she had been staring at the sun, and now she had little blinds spots floating around her bedroom. But all that mattered was the nightmare she had just endured was only that—a bad dream that mercifully ended before anything awful happened.

“Morning, Cassie. Where’s Co-Cassie? And hey—I keep meaning to ask you—why wasn’t she named after me? And why did you get to name her?” he inquired with a yawn.

“Sorry. It’s a girl thing. Too many boys in this house. Besides—we’ve had her almost two weeks now—too late to change,” Cassie said. John Thomas leaned over the bunk to look down at his big sister. Surfer-style blond hair fell forward over his face, his hazel eyes still sleepy. “That was a little bit lame of you,” he said but smiled kindly at his sister.

“And it’s a little bit lame that you don’t see her right down by your feet. She’s slept by you almost every night. She knows a good soul.” Dr. O, who considered himself a handyman, had actually built a beam lined with thick carpet so that the dog could easily walk from the floor to his youngest son’s top bunk. Co-Cassie always slept at the foot of one of their beds.

“What’s a ‘good soul’?”
“You are.” “You’re lame and funny. And you’re wet—you showered already? Did you say Grandma was fixing us something special for breakfast?”
“Um, yes, and yes. I just crawled back into bed after my shower,” Cassie said. Why worry John Thomas with a nightmare? “Grandma said we shouldn’t eat much before we get there, so she must have something good waiting for us. We’ll tell Dad we’re not really hungry this morning. Suzie should be here in fifteen minutes. Let’s hurry.”

Cassie and John Thomas hopped out of their beds, quickly brushed their hair and teeth, and Cassie took her morning Depakote pill. She tossed it down with ease every morning and every night, and loved how the pill tasted sweeter in the last few years, almost like candy.

The children swiftly pulled on their uniforms. Cassie wore a white blouse and a scratchy green plaid wool jumper. She alternated between this and a white blouse with a scratchy green plaid wool skirt. Either way, she wore the compulsory white knee-high socks. John Thomas wore a white shirt and navy blue pants or shorts. Shoes were not uniform; John Thomas wore Superman sneakers to match his Superman lunch box. Cassie wore pink Puma sneakers for comfort walking to school. Co-Cassie loyally waited as they finished their morning routines. Then she pranced down the stairs to wait by the door in the kitchen for Suzie.

Joseph was getting dressed as they passed his room. He looked like a teenage version of John Thomas. Joseph was a junior in high school, and expected to be the future valedictorian. Their oldest brother, Michael, was far away in Indiana for college. He had left for Notre Dame in late August, and Cassie missed him as he was always someone she could talk to. Joseph was smart and funny, but sometimes more funny than kind. Cassie longed to be funny herself.

“Nice threads, geeks—I mean, kids.” Joseph smirked. He was thrilled to be attending a public high school after nine years of Catholic school. Joseph had put on an orange Quicksilver T-shirt and khakis. Cassie thought how comfortable the cotton clothing looked, and how cool.

“Boy, kids, I really wish I could walk with you and your farm dog to school in those fancy uniforms, but God kindly placed La Jolla High in the opposite direction. See you, suckers.”
Joseph was out the door and off on his skateboard before they could come up with a clever response.

“Don’t forget to feed the dog!” Dr. O yelled as he threw some ice in the dog bowl outside and peeled out of the driveway, running on time (which he considered “late”) as usual. Cassie’s dad shared some of her “poor” qualities: hasty, a sharp tongue, sometimes did not respect other authority figures . . . She wondered if she inherited these traits from him. She also wondered if her father ever had nightmares. . . .

“Good morning, you guys!” Suzie called as she let herself in their open front door. “Where’s my favorite not-my-brother?” Joseph and Suzie mixed it up on a regular basis. Suzie hated that he was protective of her and Cassie, and Joseph hated that Suzie was better than he was at soccer.

“Joe Cool just skated out,” Cassie said. “Where is my house key? Wait, it should be in my backpack . . . Got it. Let’s go feast at Grandma’s! We’ll have thirty minutes if we hurry.”

The three of them ran out the door without locking the house. Co-Cassie stopped, barked loudly, and jumped up to the doorknob to remind them. Cassie ran toward the front door to lock it. She felt hot and sweaty for the second time that morning. In her nightmare, there was also an unlocked door, but it was the door to Grandma’s house. In the dream, the door looked like the door of the O’Shaughnessy home, but when her mind’s eye backed away from it, Cassie could tell it was the door on her grandma’s front porch. Then, she smelled star jasmine, which grew wildly at Grandma’s.

More and more of the dream flooded back to Cassie: She entered the house without asking (which she never did in real life). As she went in, the colors grew more vibrant, and Cassie found Grandma dancing ballet on her kitchen tile—wearing a pale pink dress, jet black toe shoes, and her apron—as lightning streaked in and out like silver whips that silently disintegrated everything they touched. Zap! and the potted plant was gone, zap! and a kitchen chair disappeared. Grandma began dancing furiously, doing pirouette after pirouette in the most nimble and professional fashion, like in the old VHS tapes of Grandma when she was with the Los Angeles Ballet. (In real life Grandma refused to buy a DVD player, calling it “newfangled,” let alone a computer or a smart TV.)

Twelve year-old Cassandra has fallen from grace by losing faith in her parents, her teachers, and ultimately, the sacred. After an unsuspecting journey with her dog, she returns restored, as new answers to old questions emerge in an ethereal way.

“A great, emotional book, with an element similar to the best-selling novel, Wonder, as in you never wish for the story to end” —Sol Vincent, age 13

“Captivating; transports me right into the main character’s shoes from page one. The way the story is told made me feel like the world in this book was being built around me as I read” —Savannah Whitby, age 10

“An insightful book of sixth graders coming of age. I can totally relate to this story. The green swirl and all the colors completely changed my perspective of what might be waiting after this world. I can’t wait for the sequel!”

Mariah McIntyre Sharkey-Brumund called her parents from the University of Notre Dame and said, “I want to be an English major.” Her parents said, “No. You should become a nurse.” And so she did, specializing in the Pediatric Intensive Care Unit, and then became a Certified Registered Nurse Anesthetist. After twenty years of working in hospitals, she is now home to be with her three tween children and pursue her passion in writing. Sharkey-Brumund is the recipient of the Hero of Hearts Award, Rush Presbyterian-St. Luke’s Medical Center, The Norman Vincent Peale Award for The Power of Positive Thinking, & The National Caring Award for creating her high school’s annual Solidarity Week; a set of shared activities mirroring the solidarity movement of Lech Walesa in Poland. Solidarity Week was and still is about emphasizing the commonalities that bind us together as human beings, rather than those differences that separate us. She lives in San Diego, California with her family.