One Immigrant in a World of Many

An American Story of Survival 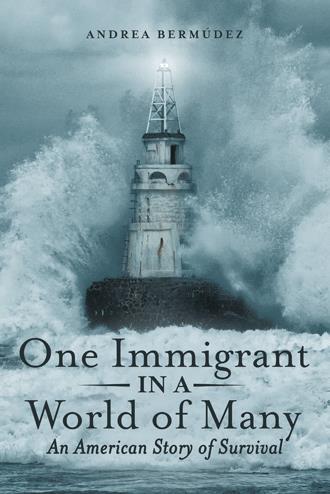 When the End Becomes a Beginning

It was early morning in Havana when the household was awakened by the insistent sound of knocking and kicking on the front door. I still remember the day: Wednesday, February 4, 1959. My father was already awake, in his study, so he rushed to see what was happening. The rest of us were still in bed. Through the peephole my anxious father could see three or four-armed militia, rifles drawn, irate demeanor. Heart pounding, he opened the door, and without a single word, the men pushed their way in.

“Move it,” they finally said to my father’s “What is this all about?” They simply sneered. The commotion woke everyone. My siblings and I froze in panic at the top of the stairs, while our mother ran downstairs to join my father. Tata and Carmen, our loyal lifelong caretakers, stood by their rooms in total dismay watching these men push furniture out of the way, and throwing our valuables around without any regard for the family. It was a home invasion, except that we could not call the police since they were the perpetrators.

Tata, my fearless nanny, finally faced them without concern for her safety. Her family was being attacked. “What do you think you are doing here? This is a decent family who does nothing but good.”

We finally learned that these men were searching for Batista’s Chief of the National Police, Brigadier General Pilar García. My father, having recovered his composure, assured them that we did not even know the man, and that he would not risk his family’s safety for anyone. The men were unconvinced, and the hunt for García continued for several hours. By this time in the Revolution, many of Batista’s close allies had either been executed or they had fled the country. Since they were considered war criminals by Castro, aiding or abetting them was punishable by death or life imprisonment.

After taking apart our lower floor, the officers pushed their way upstairs, where my brothers and I stood like frozen statues. The men aggressively pushed us out of the way with their guns and continued with their search. They looked in closets, under the beds, inside of drawers. My mother followed them protesting that García was too big to hide in those places. Father was concerned they would harm her, but quieting her now was hopeless.

A frustrating few hours had passed when the men finally gave up their search. There was devastation everywhere they had been. It seemed that our home had been converted into a war zone. Just as abruptly as the militia had arrived, they left with a very clear warning that all hope for our homeland was gone. We later found out General García had actually fled the country a month before along with Batista and his close associates.

We never found out if this was a valid search or if it was meant to intimidate, but harassment did not end with this experience. Searches continued with regularity to remind us that we no longer belonged. The only thing left for us was to create a different future.

With great sadness I was reminded of British novelist Raymond Chandler’s words, “To say goodbye is to die a little.” We had a tough choice now, saying goodbye to our homeland or facing a life with no future. That was the world I left behind….

In 1959, a Communist revolution took the reins of government in Cuba. Many thousands, including author Andrea Bermúdez and members of her immediate family, sought exile in foreign lands. They felt fortunate to have chosen the United States to start life anew.

In One Immigrant in a World of Many: An American Story of Survival, Bermúdez details her struggle as a political exile who left her native country and learned to adapt to her new home in the United States. This memoir offers a look at the impact the Castro Revolution had on the lives of those who chose to leave their beloved island, Cuba, revealing experiences common to many immigrants as they embark on a new journey.

One Immigrant in a World of Many explores and redefines the American Dream, focusing on how survival is possible amidst the obstacles that must be overcome. Sprinkled with humor, Bermúdez discusses survival techniques as she shares her challenging, albeit captivating, world of learning to become the person she was meant to be while adapting to the cultural demands of her new homeland.

Andrea Bermúdez has more than forty years of experience as a higher education professor, administrator, and educational consultant. Upon retirement, she was awarded the prestigious title of professor emerita at the University of Houston-Clear Lake. Bermúdez has authored numerous textbooks and scholarly publications and has shared her work in culture and linguistics throughout the United States and abroad. Bermúdez, who lives in Santa Fe, New Mexico, is also the author of The Incomplete Traveler: Diaries of a Cuban Exile.