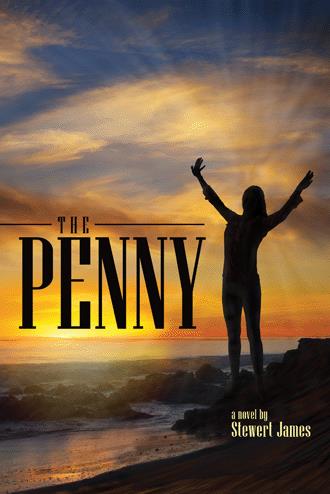 The Red Dragon saloon was packed that night in 1944. The bowling night had ended earlier than expected, so Penny sat alone at the bar wanting a different life.
“Hey, tootsie, what’s shakin’?” asked the stranger sitting next to her.
“Nothing.”
“Wanna shoot some pool?”
“No, thank you.”
“What’s a dame like you doing being lonely in a place like this?” the stranger persisted.
“Because, I’m waiting,” Penny responded, sipping her beer, her right hand wrapped around the neck of the bottle.
“Waiting for what?”
“A guy.”
“Well, little lady, I’m here, and the name is Joe,” he yammered, standing up and holding his arms out, army uniform neatly ironed.
“No. You’re not the guy,” she said, without so much as a smile.
“Why not?” He sat back down with his elbow touching hers, matching her lean on the bar.
“Because the guy I’m looking for wouldn’t try to pick me up in a bar,” Penny declared as she stood, swigged the last of the beer, and slammed the bottle down on the bar.
The stranger sat bug-eyed and perplexed. He’d never been turned down before. But he’d never met Penny MacDonald.

Lavenders and purples flooded wandering eyes in the funeral home. Drapes, flowers, window toppings, and anything else that could be made purple, were. Over two hundred people crowded into the room, a mingling of family and friends. Penny’s four children played catch-up in attempts to greet all who entered.
Frank sat quietly, at times. Other moments were spent on superfluous chatter that he really didn’t care to listen to. He did so anyway, politely, for fear of Penny springing from the box and smiting him.
In the background, romantic renditions of Nat King Cole, Julie London, and Johnny Mathis serenaded softly, avoiding religious sorrow. People made their way from photo gallery to photo gallery, set on various tables and easels around the room. They pointed, laughed, and told stories of memorable moments, as if they were in the Smithsonian of bowling. Friends grabbed friends not seen in years and sometimes wandered over to the photos to giggle and cry at the same time. Occasionally, a muffled howl would waft up from the room’s soft murmur. In a corner of the room, a DVD played, depicting Penny’s many lives.
There were the comments about what Penny and the girls drank. Some liked the idea of Canadian Club and soda, while others stuck their tongue out at the idea of scotch and milk to soothe a possible ulcer from too much of the former. The average age in the room was about eighty-three, but all ages were present, from infants through teenagers and into adulthood beyond one hundred birthdays.
Throughout the service, a microphone was passed among the guests to recall current, but mostly long-forgotten stories of Penny’s life—a verbal re-birth. Not as if she had just passed from this physical earth, but as though she was walking among them, nudging stories and laughter from their hearts. Her son Grant played the guitar and sang Wayne Cochran’s “Last Kiss,” made famous by J. Frank Wilson and the Cavaliers in 1964, Penny’s favorite.
On all sides of the grey metal box containing Penny’s ashes, a collection of pennies had grown around the first, placed by Sam. Some old, some new, some scratched and dirty as if picked up from a liquor store parking lot. Covered in gum or shiny bright, all told of being freshly minted in Philadelphia or Denver, with a smiling Abe himself thinking of Penny. But no one, yet, had covered the valuable Indian Head cent. No one knew that it had been Sam who had brought it. But there seemed to be a shared feeling that the penny was special.
“Marta. Marta Murray, is that you?” Sam shouted from across the room, looking toward the front entrance. “I haven’t seen you in years. How are you? Hi, John.”
“Oh, Sam.” Marta entered the room and broke down sobbing. John held her, and Sam rushed over to console.
Marta stood partially bent over, loudly weeping. People in the room glanced briefly but offered the privacy of keeping to themselves. Sam hugged John quick but hard, then turned her attention to Marta, who grabbed Sam and hugged her as if this might be the last time she’d ever see her.
“Marta, Marta, it’s okay. We all feel this. Let it go. Let it go.” Sam rubbed Marta’s back in a soft, circular motion.
Ann walked over and waited. She gave John a short hug and looked lovingly at Marta. Sam continued to embrace Marta while attempting to gain control over her own emotions. John remained at her side, feeling helpless. The couple had ridden without conversation the entire trip from home to the funeral, and he had become convinced that something was afoot. He hoped Penny’s daughters could shake the story free.
“I’m sorry,” Marta began, “I just have so much to say to her, but…” And the tears began again.
“Thanks, girls,” John said. “I’m not sure what’s going on besides Penny’s death,” he whispered to Ann.
Ann shrugged her shoulders, winked and whispered back, “We’ll see if we can find out.”

Elinor Louise “Penny” MacDonald grows up in Kansas City, Missouri, during the Great Depression. She lives a quiet existence, longing for travel and adventure. Near the end of World War II, she meets Air Force bombardier and pilot Frank McHenry. They wed, and Penny’s quiet life changes dramatically.

They travel the United States and around the globe as Frank braves world conflicts and Penny battles loneliness. She meets Marta, June, and Sharon, and together they embark on a lifelong friendship calming one another’s quiet fears while their husbands fight overseas.

Penny endures her own war with breast cancer. After she passes, her companions seize a penny placed near her ashes. Little do they know, this penny has a history connecting two families yet to meet. Through it all, Sam—Penny and Frank’s lost daughter—looks for a life of tranquility and happiness after growing up surrounded by turmoil. The Penny is a masterful compilation of true stories involving the families of author Stewert James and his wife. This saga creates an epic generational journey from the Great Depression through World War II, Korea, the Cold War, and Vietnam.

Stewert James is the author of the bestselling SuperPAC Trilogy. He spent forty-two years in healthcare as a practitioner, executive, and lobbyist. For six years prior to retirement, he worked with adults of the Greatest Generation and heard their stories of life, happiness, and survival. He and his wife live in Petoskey, Michigan. This is his sixth book.