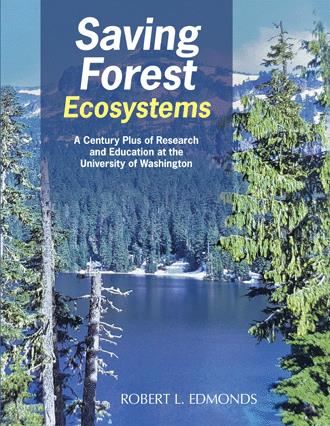 The sound of the chainsaw echoed through the woods. To the rural logger it represented his job and livelihood, but to the urban resident who had stopped his car nearby to take a rest, it evoked images of ugly clearcuts, environmental degradation, and loss of animal and bird species. These disparate views of the practice of forestry are common throughout the world. Public perceptions tend to focus on visual appearances and negative practices.

Forests have been used for timber for thousands of years, but clashes over forest ownership and uses began around the time of the Norman invasion of Britain in 1066. A procession of kings after William the Conqueror restricted access to the forest, resulting in increased hardship for the common people who were trying to farm, forage, and otherwise use the land they lived on. King Richard 1—Richard the Lionheart (r. 1189–1199)—and his brother King John (r. 1199–1216) added larger and larger areas to the royal forest until it covered about one-third of the land of southern England, and used it primarily for hunting. This social conflict was resolved in 1215 by the Magna Carta, a charter of rights first drafted by the Archbishop of Canterbury whereby the unpopular King John agreed to make peace with a group of rebel barons (not to protect the civil liberties of the common people, as commonly thought).

The term “forester” appears on the first page of the Magna Carta. In medieval England foresters were an important part of the administration of the kingdom, especially since hunting was a favorite royal pastime. Their most important task was to ensure that deer were maintained for hunting. They would hinder poachers, feed the deer in winter, care for newborn fawns, and prevent illegal grazing and logging in the woods. Thus, their normal duties included law enforcement, animal husbandry, and resource management (https://www.reddit.com/r/AskHistorians/comments/4d2jt8/questions_about_medieval_english).

Forests needed special protection, and the Charter of the Forest was issued in 1217 as a complementary charter to the Magna Carta. It was reissued in 1225 with a number of minor changes to wording, and then was joined with Magna Carta in 1297. The statute remained in force from 1217 to 1971, when it was superseded by the Wild Creatures and Forest Laws Act. But it wasn’t until the end of the 18th century that the practice of forestry really began.

So, what is forestry? The definition has been debated since the late 19th century and continues to evolve. Merriam-Webster Dictionary narrowly defines it as “the science and caring for, or cultivating of forests, and the management of growing timber,” while Oxford English Dictionary describes it as “the science or practice of planting, managing, and caring for forests.” The emphasis is on growing timber, and even today this is probably what most people believe forestry is. But it is more than that. The Society of American Foresters (SAF) defines forestry as “the science, art, and business of creating, managing, and conserving forests and associated resources in a sustainable manner to meet desired goals, needs, and values” (Helms 1998). It is practiced in natural, plantation, and restoration forests. Today forestry is considered to be a component of natural resources management, which is an interdisciplinary field of study that includes the physical, biological, economic, and social aspects of sustainably managing natural resources.

Modern forestry embraces multiple-use management, which includes the provision of timber and other secondary forest products; fuel wood; wildlife habitat; water quality and quantity; aesthetically appealing landscapes; biodiversity; watershed management; erosion control; cultural and spiritual elements; community protection and employment; and preservation of forests as “sinks” for atmospheric carbon dioxide. It includes specialized fields such as agroforestry and urban forestry. Many disciplines are involved, including biochemistry; engineering; economics; ecosystem ecology; forest management; environmental science; social science; silviculture; soils; utilization of forest products (lumber, pulp and paper, biofuels) and secondary forest products (greens and mushrooms); and wildlife science. In the State of Washington, the practice of forestry has moved from logging of the old-growth forests, at a time when little thought was given to forest management, to modern sustainable forestry, in which environmental effects receive considerable attention. The Washington Forest Protection Association (WFPA), which was established in 1908, has attempted to present this new view of forestry to the public through short TV ads and other ways of promoting the value of working forests and their role in the production of jobs, economic growth, and renewable energy; protection of clean air and water and forest health, mitigating climate through carbon sequestration; and species conservation, especially of salmon (see WFPA in bibliography).

The Forests of Washington State

I fell in love with Washington’s forests the moment I arrived in Seattle. The eucalypt forests of Australia are impressive, but they are nowhere near as majestic as the Pacific Northwest forests. The forests of eastern and western Washington are quite different from each other due to landforms and climate. Two mountain ranges dominate—the Cascades and the Olympics. Annual rainfall can be more than 200 inches on the wild Olympic Peninsula coast, but in the rain shadow of the Olympic Mountains it is only 17 inches at Sequim and 37 inches in Seattle. Precipitation increases again to the east in the Cascade Range reaching 100 inches at Snoqualmie Pass—91 percent snow. In the rain shadow of the Cascades it drops off rapidly to 28 inches the forests near Cle Elum, and is just 9 inches in the shrub-steppe near Vantage on the Columbia River. No wonder the vegetation is so varied.

After the first Euro-American settlers arrived in Seattle in the 1850s, the surrounding old-growth forests were rapidly harvested for lumber, causing environmental degradation and displacing native peoples.

Conflicts about the future of Pacific Northwest forests have continued since then. Only recently have academics, government agencies, industry, small private landowners, tribes, and environmental organizations come together to develop plans to protect the remaining old-growth forests, wildlife, streams, and fish, as well as providing environmentally friendly forest products.

Practicing sustainable forestry, maintaining healthy forests that are less susceptible to fire, insects and diseases; and fostering public enjoyment are now the main goals of forest management. However, conflicts still exist—and with climate change a looming threat, it is important to realize that forests give us much more than lumber.

Robert L. Edmonds, professor emeritus at the School of Environmental and Forest Sciences, University of Washington (UW), wrote this book to bring attention to the sustainability of natural resources. He describes how Washington State’s forests and the practice of forestry have changed through time and how these changes relate to the long history of research and teaching at the UW. Its scope extends beyond Washington—many of the principles of sustainable forestry developed by faculty have been adopted worldwide.

Robert L. Edmonds was born in Sydney, Australia. He earned a Bachelor of Science from Sydney University, and Master of Science and Ph.D. degrees from the University of Washington (UW). He held a faculty position in the UW College of Forest Resources (now the School of Environmental and Forest Sciences) for thirty-eight years. He taught many courses, including forests in the life of man, forest ecosystems, urban and forest pathology, soil ecology, and microclimatology to hundreds of students. He retired in 2012 and is now an emeritus professor.