On the Eighteenth of May 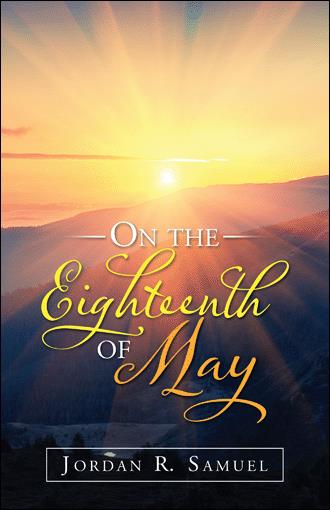 She continued walking, keeping her eyes on the trajectory of the sun. She sensed it was slightly after ten o’clock, but it may be earlier than that. She could not know. She did not wish to know. She was in the middle of nowhere, with no idea what lay behind her and no anticipation of where she was headed. The only thing she knew for certain was today’s date.

Today was the eighteenth of May.

So far, the day had transpired uneventfully. She had walked the entire morning, and as she did so she had welcomed the passing of the day.

She continued walking throughout the afternoon. As dusk began settling in around her, she found herself passing through a place named Hendersonville and heading east. A few miles beyond she walked over a bridge, one that crossed over the Broad River. It was there, at the bridge’s end, that she found there a choice to be made. Left offered places by the name of Gerton and Fairview. Right offered Lake Lure and Chimney Rock.

She had been among the mountain ranges the entire day, and imagined at this late hour that she was now fully immersed in the winding roads of the Blue Ridge Mountains. She felt this instinctively, not just through the coolness of the tall, leafy trees along the curved roads, but in the ache in her muscles from managing steady inclines and predictable dips throughout the day’s trek. As she paused her walking to consider her choice, she reminded herself that she would end up somewhere. Her tightening legs told her to start moving again.

She turned to the right and proceeded on a slight decline headed east, noticing never-ending forests and very few houses. She approached then passed a darkened town limit sign. The rushing Broad River was her constant companion, with sounds of the water crashing into and over its masses of rocks.

She realized as she walked that the placeshe was now entering would most likely be the placein which she would stop walking. Accepting this reality, she shifted her attention to actively finding the perfect place to serve as her peace. She already knew her criteria for this discovery. It had to be small, remote, and alone. Whether it was new or old or falling down around itself did not matter. She just wished to know that in this place, the town where she would live for now, that a peace existed. A place where she could mentally imagine herself and escape. She knew not what she was escaping from, only that she wished to be ready.

The special place or house or structure would have to be discovered in this place because there were no other places before this place. The place she had been in this morning, its people and her experiences there, they were all now safely shielded from her. She would have no memories of them. This place would be her new memory.

On the evening of May eighteenth, a young woman named Cass walks alone into the small village of Chimney Rock, North Carolina, intending to stay for exactly one year. She is in search of somewhere with peace, a place where she can safely picture herself and escape, shielding herself from recollections of the past.

Cass soon meets two precocious children, their mother, a caring and generous business owner, and the neighboring town’s chief of police. Family and loss make up many of their stories, and while these people and others attempt to get to know and help Cass, the history and troubled memories of what led her to this place begin to gradually unfold. As the date of her planned departure approaches, the potential for love and a path to healing become clearer. Cass and those around her must decide how forcefully they are willing to hold on: to the past, to the pain, and to the person.

This novel examines the true test of strength in the deepest depths of sorrow and reminds us of the overwhelming power of comforting influences in all of our lives, as our human souls struggle, against all odds, to survive.

Jordan R. Samuel is a former public school teacher and administrator who enjoys her current work as a university professor. She spends her days with her husband and her three children as she teaches, studies, and writes. She enjoys traveling and penned many parts of this particular story while relaxing in the beautiful mountains of North Carolina.