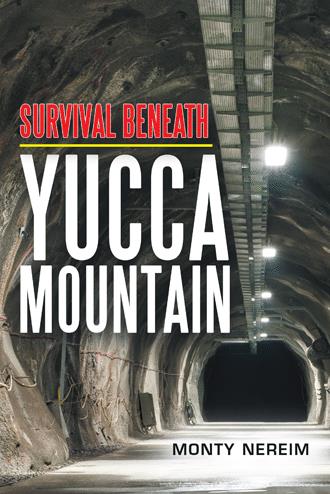 Nobody but Bob Wilcox would feel a transformation in lifestyles like he would. The Saturday before his dreadful White House meeting, he was raucously cheering at his grandson’s soccer game over in Annandale, oblivious to any scientific advisory requirement of the president. One week later, he was across the Potomac, stone sober in a hurricane’s eye of civilization’s worst nightmare.
The Secret Service agents looming outside his Georgetown rowhouse made the neighborhood aware and uneasy that someone important resided within. Wilcox was forbidden to discuss the reason for their presence even with his wife, and admitted he felt safer in obscurity than with their protection. No one, especially the press, could enter or leave the Wilcox residence without the agents’ scrutiny.
Dr. Wilcox’s new office was deep within the bowels of the Pentagon. An armed guard outside his suite of offices prevented any unauthorized visitors. The walls, floor, and ceiling were lined with impenetrable metal mesh so that no intrusions could intercept the secure voice environment inside. All communications and coordination were considered Top Secret, SCI (Special Compartmented Information) for Wilcox and his team. Daily briefings with the White House Chief of Staff would be conducted by SVTV conferencing. Weekly briefings with the president would be scheduled in the Situation Room.
“My God, I can’t take a pee without these guys watching,” he complained to the General. The once-retired, happy-go-lucky Wilcox pined for the halcyon days at Duke University, where he was considered the “party animal” at Pi Kappa Alpha. “Why did I ever move to Washington and accept this White House appointment?” he grumbled.
Dr. Wilcox was assigned a host of NASA engineers and administrative support staff for his team. They were given an unlimited budget and a license to steal. Their super-secret office complex was in the E Ring basement of the Pentagon. A “Wilcox Commission” cover story was fabricated with a goal of developing a satellite defense system for the military. Anything from the Pentagon was considered more plausible to deny, veiling its real, doomsday-prevention mission. Also, the Federal Emergency Management Administration, FEMA, could be kept in the dark and thus avoid public scrutiny and panic.
The government and JPL’s official statement was that the previous routine mission redirecting Onesimus was successful. Meanwhile, the National Security Agency (NSA) was directed to intercept and alter “any and all” communication dealing with Onesimus and imbed the official storyline. No agency, government, NGO, or private citizens were exempt. NSA had to ensure complete opacity on the subject so that world panic would not occur. Foreign governments, even allies, were kept in the dark by the State Department.
The Central Intelligence Agency (CIA) had a supporting role, as well. An aggressive disinformation campaign was called for, “to redirect attention from Onesimus” to some other international concern. There were plenty of small wars occurring to choose from; plenty of tin-pot dictators and human tragedies to divert the world’s attention. This would be a perfect opportunity for a “Wag the Dog” narrative.
A symphony of government agencies commenced the allegro from the same score, and Wilcox, it seemed, benefitted from its music. Despite his moaning, the reluctant warrior performed masterfully. His team’s tireless effort became a virtuoso performance into what might be the only option available to thwart the extinction of life on Earth.
Wilcox’s warriors embraced the “millennial geniuses” from SpaceX and brought them up to speed on the secret Onesimus mission. Office space was provided for key members of Elon Musk’s team within the sensitive area of the Wilcox Commission suite in the Pentagon. All were sworn to secrecy and placed on the Secret Service watch list.
A Falcon Heavy (FH) launch vehicle was requisitioned by the government from the fledgling SpaceX’s private inventory. Since the SLS was not yet in service, the FH offered the highest payload capacity of any currently operational launch vehicle in America necessary to reach GEO (geostationary orbit). Only NASA’s big daddy, Saturn V, retired in 1976, had a larger capacity. From a GEO, a space craft could be launched and hopefully, rendezvous with Onesimus.
SpaceX’s Dragon space craft was too small to be a kinetic impactor for the massive Onesimus asteroid, but it had three best-hope considerations: it was designed to fit into the nose cone of FH, it could carry a nuclear bomb (to compensate for its small, kinetic impact mass), and most importantly—it was available.
The FH was reprioritized from any other future mission in deference to Onesimus. With full cooperation by the SpaceX ground crew and builders, FH was readied for an immediate mission and moved to the modified Launch Pad 39A at Kennedy Space Center in Florida. A matching SpaceX Dragon spaceship was designated as the Falcon Heavy payload.
The CRS-13, SpaceX’s thirteenth Commercial Resupply Service spaceship, was a previously flown Dragon capsule made available for the Onesimus mission with some major modifications. It would need a new first- and second-stage booster and interior cargo mounting brackets, but its hull, structural elements, thrusters, harnesses, propellant tanks, plumbing, and many of the avionics could be reused. Since this was a one-way mission and acceleration weight was an issue, the heat shield, batteries, and components exposed to sea water upon splashdown were no longer necessary and removed.

Randall Meredith, his wife, and their two children are some of the lucky ones able to ride out the effects of the asteroid’s impact. But boredom, temperaments, and underground confinement become problematic, despite the myriad of available activities in the bunker complex. Even worse, they soon realize they are sealed in, unable to escape. Finding a way out of the sanctuary becomes their dreadful ambition.”

Monty Nereim was born in South Dakota and grew up in Vietnam as a US marine. He benefitted from two careers—military officer and magazine publisher—before starting his writing venture. He is also the author of Undiagnosed, Unscrupulous and Unbeatable: The Paul Haber Story. He and his wife, Sharon, call La Jolla, California home. When not writing, he travels, golfs, and plays handball.