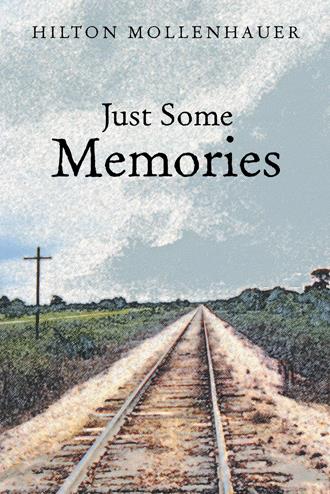 Just the thoughts of a retired scientist expressed in a few lines of verse and a few pages of remembrances. Although they are the expressions of one, they are likely to be the thoughts of many.

What is it that others say?

You are old, and you are blessed.

Your life has been long,

at least in years.

But as I grow old,

I see life as things I missed

and need yet to do.

It is not as long as once I thought.

What does one think about when he retires and looks back on life?

In a thoughtful compilation of poems and remembrances, Hilton Mollenhauer poetically explores his life, thoughts, and many memories. His diverse verse includes reflections on God, death, the gifts of nature, the pains of age, and the gentle words of a sophist. Included are short notes and introspective perspectives on life overall as well as the potential challenges we all may face at one time or another in today’s world.

Just Some Memories is a collection of poetry and other writings that record one man’s life and thoughts as he reflects on his diverse experiences.

Dr. Mollenhauer was born in Yorktown, Texas, in 1924, but he moved to and grew up in San Antonio. He spent two years in San Antonio Junior College before moving to Austin, Texas, to continue his education at the University of Texas. His schooling continued for some years finally, resulting in a doctoral degree in electrical engineering. But as explained in the next paragraph, this is not the profession that Dr. Mollenhauer pursued.

During his later years at the University of Texas, Hilton worked for the graduate dean, who was a biologist working on several research projects using plant cells as his experimental subject. To support this research, the dean had purchased an electron microscope, a machine capable of magnifying his experimental tissue samples many, many times more than was possible with a light microscope. The dean needed someone to operate the machine and analyze his samples, so he hired Hilton, who was familiar with and was already using this kind of microscope. The end of the story? Not quite. It turned out that Hilton liked this kind of work better than electrical engineering and pursued it until he retired in 1992.

After retirement, Hilton spent time continuing his lifetime hobby of photography and adding to his love of writing both short stories and poems. Many of his poems are coupled with photographs, but the ones given here are just poems (i.e., no photographs). Although many of the poems are personal, the subjects are common and may fit into some aspects of the reader’s background.