Life of a Warrior 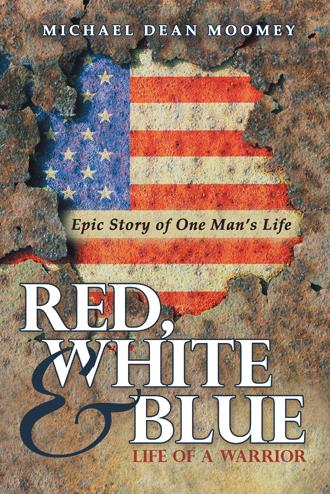 I was briefed by command on the location of a prisoner of war (POW) camp in Cambodia. We flew out of the FOB in three hours. We landed on the other side of the mountain from the prison camp. We were five klicks away. We’re now looking down at the compound. There is a bamboo fence surrounding the compound. There are three wooden structures inside the fence. The building towards the front left side is where the POW’s are housed. We have seen three different VC going in and out. One American POW was seen. The building towards the front on the right side appears to be an office and storage room. We have seen movement through a window. There is a larger building at the back of the compound. This building must house the VC guards. There are at least two VC patrolling outside the bamboo fence. The kid provided command with a situation report. We are waiting until zero three hundred hours to begin the assault. Luke and two nungs are assigned to enter the building housing the POW’s. The kid and I will enter the building and capture the officer. The Father and four nungs will enter the building in the back of the compound and kill all the VC that are inside the building. Two nungs will sweep the outside of the compound killing any VC fighters. The assault must be done quietly. We moved at zero three hundred the kid and I were entering a building when we heard gunfire somewhere in the compound. We kicked the door open an officer was with a naked Vietnamese girl. The kid had her get dressed. It took every ounce of my strength to keep from killing the officer. The kid tied their hands and put a rope around their necks. A black hood was pulled over their heads and the Kid led them outside. I went to the building that housed the POW’s. There was a dead VC inside the building. Luke was getting the three Americans POW’s ready to travel. They were crying and holding onto Luke. The POW’s begged me to not leave them. I hugged each one of them. I told them they were coming with us. Their bodies were nothing but skin and bone. They need medical care immediately. I really didn’t know how they were still alive. The nung who entered the building with Luke returned with clothes and shoes for the men. They were carried out of the compound. The Father killed six VC in the largest building. There were three VC killed outside of the compound. I made a search of the entire compound. I found four grave sites with American dog tags still on the remains. I had to use every bit of my strength to keep from screaming. We prepared the human remains to be taken home. We piled all enemy weapons, ammunition, food, and clothing in the center of camp. I rigged explosives and a timer under the pile of weapons and supplies. We set the entire compound on fire. We left with every document to take back to the FOB. The kid contacted command and reported three America POW’s are alive and the remains of four POW’s are being prepared to travel. There were ten dead VC. An officer along with a young Vietnamese girl were captured. We were given coordinates for a new LZ. The travel was slow. We heard the explosion and saw the glow from the compound. Good riddance. There was a slick sitting on the LZ and four other helicopters were flying above. There was an SOG team in a defensive position around the LZ. The three Americans were loaded in the first helicopter with medics and two SOG team members. The two prisoners with Luke and Father along with three nungs were in the second helicopter. The third helicopter transported the kid and I along with the remaining nungs. The last two slicks carried the second SOG team back to the FOB. The three Americans POW’s were transported to a field hospital. The human remains were flown to Saigon. The two prisoners are being flown a location near the DMZ where they will be interrogated.

We have plenty of down time after returning from a mission. We have several days of rest and relaxation. We spend time in the medical tent daily for treatments for a variety of injuries. We do laundry, mend our clothing, and gear. We clean and inspect our weapons and the tools of our trade. We lay out all gear for an inventory check. Assault rifles, forty-five caliber pistols with extra magazines, two M-79 grenade launchers, ammunition vests, plastic canteens. We carry thirty 20 round magazines, twelve rounds M-79 rounds, ten frag grenades, white phosphorous grenades, C-4 with blasting caps, claymores, smoke grenades, white smoke grenades, survival axe and knife. We have water purification pills, signal mirror, binoculars, emergency radio, ropes with D ring, Army jungle fatigues, extra bandanas, raincoats, bandages, bug repellant, gloves, cough syrup, and starlight scopes. We get haircuts, take showers, write letters, read and sleep. We play football, basketball and baseball. I hate to say it, but no one wants Ted on their team. He sucks in sports. We use the nungs to fill out the teams. They are hilarious to watch. They run the bases in the wrong direction. They run with the basketball instead of dribbling the ball. They run away from the guy with the football. We go to supply to receive food and personal items. I forgot the beer, whiskey, tobacco and games. We hook rides to Saigon with the helicopter pilots. We stay in the local whore houses drinking alcohol, smoking pot and getting laid. We spend nights in the recreation center. Then we leave on another mission.

Jake Lewis was nine years old when his father began beating him with a leather strap. He joined the Navy on his seventeenth birthday.

After boot camp, he experienced the wonders of the Far East as a seaman on the USS Henry W. Tucker. He met the finest geisha girls in Japan and the most beautiful Chinese girls in Hong Kong. The nights spent with Taiwanese girls are forever on his mind.

Jake attended the Navy Special Warfare Training at Coronado Naval Base. He was flown with twenty-eight others to South Vietnam. They were assigned to the CIA for three years.

These special operations teams traveled throughout the southeastern Asian jungles. Jake also served his country for twenty-five years as a U.S. Special Agent.

Jake and seven other Vietnam veterans were hired to kill America’s most violent criminals. The CIA then used him for thirteen years.

Inspired by actual events, this novel is filled with adventure and lessons on what it means to fight for freedom.

Michael Dean Moomey is seventy-two years old and comes from a military family. He and his brother answered the call to serve during the Vietnam War. He spent over four years with the Navy, and much of that time was in combat. He is a decorated Vietnam veteran and was employed by the federal government for thirty-eight years. He is also an ordained minister who has shared the Word of God with Death row inmates. He lives in Northern Arizona with his wife. He has seven children and eight grandchildren.