A Straightforward Overview for Westerners 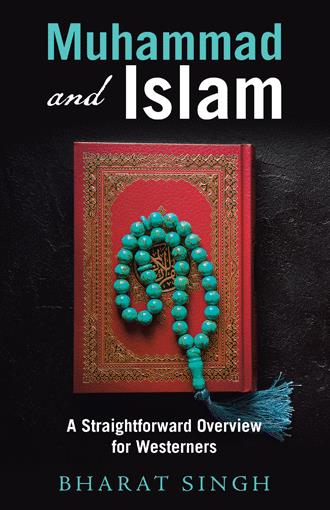 To the Muslim mindset, the start of the current phase of jihad against Christians started in 1492. Muslims lost Spain (Andalus) by the fall of the Nasrid kingdom of Granada. In eastern Europe, a series of setbacks beginning with the Ottoman defeat at the Gates of Vienna in 1683 and loss of conquered countries one by one also went against the Islamic ethos of “once in the Islamic fold, it is forever.” The ultimate reacquisition by of the lost lands continues being among the top objectives of jihadists.
There were several armed resistances inspired by the jihadi ideology during the past century in the middle- east and north Africa. These conflicts were either to gain liberation from the western colonial powers or to fight against the establishment or existence of the Jewish state of Israel. The majority of people carrying out these insurgencies came from the countries of operations themselves.
The jihads of the 1970s onward, however, have reached global dimensions. These jihad calls draw volunteers from all over the world. Jihadists have concluded that the persecution of Muslims has become omnipresent. Thus, all Muslims must fight oppression, no matter where it happens. The Saudi money spent on Salafi/Wahhabi education, media blitzes, and Wahhabi ground-level involvement in Muslim communities, to a high degree, has helped develop this new Muslim mindset.
Afghanistan can be considered ground zero of the modern jihadi movement. A military coup in April 1978 brought the Socialist People’s Democratic Party of Afghanistan (PDPA) to power. Immediately, the PDPA government introduced several reforms, including universal education, land reform, and equal rights for women. The feudal and religiously conservative establishment saw these changes as anti-Islam and the scheme to change Afghanistan into a secular country. A broad-scale insurgency against the government broke out, and the people participating in it were called mujahideen (those who engaged in jihad). It was a domestic insurgency with the insurgents drawn from both tribal and urban populations.
Internal power struggles afflicted the PDPA government. To prop up the teetering PDPA government, on December 24, 1979, the Soviet Union intervened by sending some 30,000 troops. At the peak of the intervention, there were more than 100,000 Soviet troops in Afghanistan. The arrival of Soviet soldiers injected an international element to the Afghanistan domestic struggle. During this period, the USA and the Soviet Union were at a stalemate in a cold war. The United States saw Soviet intervention as a golden opportunity to bog them down in an unsustainable war in an unruly country. The US strategists decided to use this war to drain the Soviet Union militarily and economically. The Central Intelligence Agency (CIA) assisted in and encouraged religious militancy in Pakistan and Afghanistan. The United States dignified these extremists by calling them freedom fighters and concurred with them in labeling the war a jihad. With the encouragement from the CIA, Wahhabis undertook a vast campaign of recruitment of non-Afghan Muslim youths to join the fight against the Soviets through mosque sermons, speeches, and other means of propaganda. The induction drive was very successful. Jihadi from Saudi Arabia and other Arab countries, as well as Muslim youths from the world over, responded.
The United States had two partners, Pakistan and Saudi Arabia, in its war efforts against the Soviet Union. Pakistan’s inter-services Intelligence (ISI) provided the needed training to these jihadi, Saudi Arabia offered religious guidance and funding. The United States provided the arms necessary to wage war. Pakistan and Saudi Arabia had their stake too in helping Americans. Most of the Afghanistan regimes of the past were suspicious of Pakistan’s intentions towards them. They viewed India friendlier than Pakistan. Now, Pakistan had a prospect to install a new government that would be indebted to them. The Saudis saw this war shifting the attention of jihadi opponents of the monarchy to an urgent mission of ousting Soviets from the Muslim land. The Wahhabis had spent decades heavily indoctrinating the Afghans and bordering Pashtuns in jihad. The Pashtun Wahhabis were excited for any chance to wage jihad. The Saudi religious zealots were seeking a cause for jihad, and they had begun to direct their enthusiasm against the Saudi monarchy. The Afghan war gave both groups a more immediate and urgent agenda.
The conflict turned into a deadlock, with Soviets controlling the cities and towns and rebels in control of the countryside. The Soviets tried to destroy the rebels by aerial bombardment. It resulted in a mass exodus of civilians to neighboring Pakistan and Iran. The American CIA (Central Intelligence Agency) supplied and trained rebels with shoulder-fired anti-aircraft missiles to down enemy aircraft. The jihad inspired fighters from around the world came to help co-religionists. They received a warm welcome by Afghans and called Afghan Arabs.
With the air mission checkmated, 15,000 dead and many more injured, and unbearable financial bleeding, the Soviets knew that they had hit a dead end. The Soviet Union entered into a face-saving accord in 1988 with the United States, Pakistan, and Afghanistan, and exited.
With the goal of Soviet expulsion from Afghanistan completed, the global jihadists turned their attention to future missions. In 1988, in Peshawar Pakistan, a global jihadi organization by the name of al-Qaeda was born.
Up to this point, jihadists had a cordial relationship with the United States. America had provided vital support in their war with the Soviet Union. With the war behind, the leverage of Americans on jihadists ceased. The old perception of America to orthodox Islamists returned. American loose morale corrupted Muslim youth with the unethical western lifestyle. America propped up corrupt Muslim rulers, interfered in the affairs of Muslim countries, and supported Israel. The changed awareness remained theoretical and abstract vision up to the time of Iraq’s invasion and occupation of Kuwait in August 1990 and the American response to this event. Global jihadists now faced America in a confli

What was so special about Muhammad that caused people to follow him, obey him, and trust him when he declared he was a prophet?
Bharat Singh, a retired professor, covers the prophet's extraordinary achievements in this academic work. He examines how in a short period, from the time Muhammad became a prophet to his death, he successfully converted most Arabs and many others to Islam. At the same time, he also established an Arab kingdom and developed a religious doctrine based on Allah's messages and his examples, followed by about two billion Muslims today.
In simple language, the author answers questions such as:
• What are the doctrines, beliefs, and rituals of Islam?
• What is the meaning behind the traditions and practices of Muslims?
• How does the Quran shape behavior in daily life, social customs, gender issues, marriage, divorce, legal and illegal sexual relationships, and more?
• Why Muslims put faith in the divinely inspired judicial system of sharia instead of laws formed by humans.
Knowing the immense curiosity in the west of the violent acts carried by some Muslim groups claiming their actions as jihad sanctioned under Islam, Dr. Singh reviews jihad's doctrine and history. He also devotes a chapter to the jihadi agenda of around last hundred years and prominent terrorist organizations like Muslim Brotherhood, Hamas, Al-Qaida, ISIS, Taliban, and Hezbollah.

Dr. Bharat Singh is a retired professor from the University System of Georgia, USA. He has a distinguished career in teaching and research. He has published extensively in reputable professional journals and edited three books. Prof. Singh has collaborated with several African, Asian, and European Universities. He served twice as Fulbright Senior Specialist. Dr. Singh has also held the prestigious appointment of Embassy Science Fellow. After retirement, he plans to use his acclaimed research expertise to investigate, together with the extensive manuscript preparation experience to write on topics of general interest ranging from religion, social, historical, and current issues. His first after retirement book, Muhammad and Islam, provides a factual narrative about Islam in a simple format primarily for the benefit of western readers. His second book, in preparation, “Gist of Buddhism,” is on the same line.