Everything You Want to Know About Becoming a Hollywood Actor 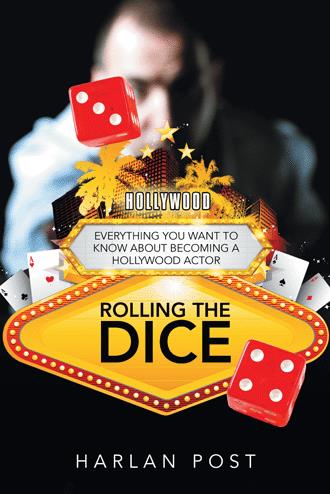 There was once a time when having an agent meant you had achieved something as an actor. If you were able to get an agent you were taken seriously as a professional. The logic was, “someone out there thinks this actor has real potential, so maybe we should give them a shot.” Signing with a reputable agent or agency used to be an actor’s first major milestone in Hollywood. Agents used to have tiny rosters of actors, sometimes having a clientele list with as few as just five actors so they could devote adequate amounts of time, energy, and detail to each and every one. Agents used to hound directors and producers day and night, spending countless hours a week on the phone, in a dedicated effort to see their client called in for the next big audition. Once their client was booked, the agent performed miracle after miracle securing a contract with better pay and/or more favorable working conditions for their client during filming.
The residue of this outdated model still clings to Hollywood agents and agencies today. The stereotype for agents is that they are all fast-talking, smooth, smarmy people who would sell their own mother for ten bucks cold cash up front. While still true in some cases, the modern era has forever changed the relationship between actors and agents, as well as the role agents play in a fledgling actor’s career.
Thanks to an abundance of websites for actors to self-submit for projects, you can now basically act as your own agent for a surprisingly long time. IMDb-pro, Actors Access (with a Showfax subscription), LA Casting, Now Casting, and Casting Frontier are all websites I personally use on a regular basis, with great effect. You can submit yourself for feature films, television pilots, national commercials, short films, music videos, and so on just using those five sites. They charge a minimal monthly or annual fee, but are well worth it if you put the time and effort in to make your submission profile as professional as you can, and find time to submit at least two or three times a day.
You might find this a beneficial route to go at first, because while yes, at some point you will definitely want to get an agent, you can save ten percent of all your acting income in the meantime. Ten percent might not seem like much, but the types of projects you probably are going to be cast in during your first year or two out in Hollywood probably will pay you no more than a hundred dollars a day, give or take. Some pay fifty, other seventy-five, there is no set standard for non-union work. Once you get into SAG-AFTRA they have very specific standards for day rates, but until that happens you are pretty much at the mercy of whatever the current project thinks they can get away with paying you. As a professional actor you should always get paid in some way for your work.
As an actor new to L.A. you might find it a little easier to find your footing at first if you are the only one submitting yourself for auditions. Inevitably, people will see you differently than you see yourself. As such, you will likely find your agent submitting you for roles that you never in a million years imagined you would be right for. This can become an extremely enjoyable challenge, as you get to really test your acting chops at the audition, but very raw beginners might find themselves a bit more at ease if they can wade into the Hollywood acting scene at their own pace. Once you get a feel for how the audition process works for film and television, and your confidence improves, you can start submitting yourself for just about anything as long as you fit the requirements that are described in each individual audition posting or casting notice. Once you do finally get an agent it will not matter what they submit you for because at that point you will be ready and confident with lots of practice to go out there and do your best each time.
Another bonus of these acting websites is you can use them even if you are not currently living in the two major acting hubs; New York City or Los Angeles. Actors Access, for example, can be used in pretty much any major city in the United States and Canada. I used Actors Access a lot when I was working and living in Denver, Colorado before moving out to L.A. For all casting websites, try to check the postings as often as possible. Fifteen minutes is usually a good window to submit yourself before the casting notice simply gets swamped by too many actors submitting. In Hollywood, every audition gets an average of 2500 actors submitting for it. With those numbers, no casting director or producer is going to sit and look through 100 pages of tiny thumbnail-sized actor headshots to find the fifteen or so actors they will call in to audition for each part. Get your submission in early to help boost your chances of being seen on the casting associate’s computer or tablet screen in the first few pages or clicks.

Harlan Post, an experienced Hollywood actor, shares an honest, complete, three-dimensional perspective on the challenges and struggles aspiring actors face in this guide to succeeding as an actor.

Recalling how naïve he was when he moved to Hollywood in July 2012, he examines how tough it is to succeed as an actor. About two million people in Los Angeles call themselves actors but only several hundred make a living at it.

But he overcame the odds, appearing in major TV shows, mainstream feature films, independent films, countless pilots, national and regional commercials, short films, and other projects. Along the way, he has met some top-notch people – as well as some of the sleaziest scum.

In this book, Post shares missteps made and moves that paid off. He also celebrates some of his lucky breaks and explains why it’s so important to listen to everyone’s advice, think about what you can use, and discard the rest.

Whether you are a struggling actor or an aspiring actor, this book will help you be more successful in a highly competitive business.

Harlan Post pursued a bachelor’s degree in theater performance at the University of Wyoming before moving to Los Angeles. He has found success in mainstream feature films, independent films, television pilots, national commercials, and two episodes of major/mainstream TV shows. In 2018, he branched out into film producing and screenwriting.