Authentic Power in an Overwhelming World 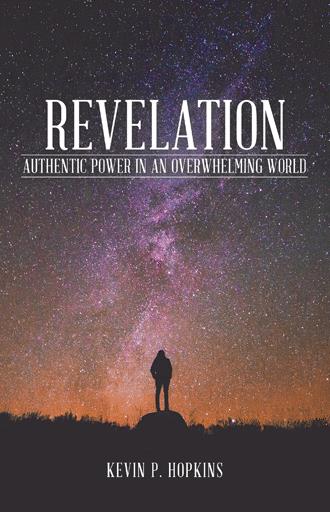 This is a very important thought to remember as we get deeper into The Revelation. Not only is Christ the savior of those who believe and are part of His Church, but He is the ruler of those who think themselves rulers on this earth. It is not the Empire that rules God’s people – it is the Kingdom of Christ. All other rulers, kings, emperors, prefects, governors and authorities are ruled. They are illusions. They appear to be in power, but they are not. They are ruled by Christ and only may act according to His purpose in this world. While it is wise to respect them, they are not to be feared. They are not the ultimate power – Christ is. Again, John is trying to convey a very familiar Hebrew thought to non-Hebrew readers: the concept of “I AM.” You see, if God is “I AM,” then He is always present tense. He is not a has-been. He is not a will-be. He is neither washed up nor yet to come to power. In any moment in time, God IS. In those moments in the past, God IS. As though that time happens in the same moment as this one, God IS. In the time that lies ahead, God already IS. So great is His power that time cannot confine Him. Space cannot confine Him. The “I AM” (a phrase considered too brash to be anything but rude in friendly Greek and Jewish culture) is the only one who can say those words. Everyone, everything else, is bound in time and space. That which was, is dead and gone. That which is to come does not yet have life or form. All of us and all of those who appear to rule us are bound in past, present or future. The Empire is mighty, but it will one day fall. That means the Roman Empire, the British Empire, the Ottoman Empire, the Egyptian Empire, the Persian Empire, or the Empire under which you live right now. Empires fall. The Kingdom stands.

Pause here. Take this in deeply; for this is one of the most important thoughts to bear in mind as you read the rest of The Revelation. It may be one of the most important thoughts to hold onto as you live your daily life. There are always these two forces at work in the world: Empire and Kingdom. They are often, if not always, at odds. The world is divided into Empires. The Empire determines your taxes, your liberties, your rights, even at times your ability to do commerce and make a living. The Empire seeks control of all of its subjects and perhaps to expand to control other subjects. The Empire is conquest, control, and constraint. In stark contrast is the Kingdom. The Kingdom supersedes all Empires. The Kingdom sets free the captives, breaks the bonds of the slaves, brings healing to the sick, sight to the blind, strength to the weak, and life to even the dead! The Kingdom is about life, liberty, and love. The two will always be at odds, for the Empire will never accept the Kingdom. You will be forced to choose which rules your heart, your mind, even your life. In today’s world – as in the world of the Roman Empire in John’s day – people choose Empire or Kingdom. We often confuse the two by treating national leaders as some kind of high order of priests. We attribute God’s design to political movements, getting the structure absolutely backwards. We try to choose the least offensive ruler for the Empire, based on our own spiritual perspectives, all the while forgetting that the Empire is not the Kingdom. We end up behaving like subjects of the Empire more than heirs of the Kingdom. We seem to forget that we are only citizens of the Empire, but we are children of the King who rules the Kingdom. John is writing to folk just like us, albeit in a very ancient time. In the trials and turmoil they face every day, those folks have lost sight of the Kingdom because they live in the shadow of the Empire. Because he writes in the authority of God, John speaks just as loudly to us. Your King rules the Kingdom and the Empire. All other kings answer to him. You truly have nothing to fear.

What does the Book of Revelation say about current world events? What does this global pandemic mean from a Biblical perspective? What is the “mark of the beast?” I feel so small. How can I hold up under the things life is throwing at me right now? How do I make wise decisions in a time like this?

The Rev. Kevin P. Hopkins, who has taught, preached, and lectured from The Book of Revelation for more than thirty years, walks you through a chapter-by-chapter journey of discovery and meaning in this book – a revelation of The Revelation!

In an accessible storytelling style, the author explains the symbols, characters, and events that have often intimidated lay Biblical scholars from diving into Revelation. His explanations and commentary will elicit laughter, tears, and delight—and help you truly interact with this great book of the Bible.

Explore the structure of the Book of Revelation, the nature of prophecy, the historical context of The Revelation, the meaning of the text, and how to apply Revelation’s lessons to your daily life. Throughout the book, the author poses questions for further reflection.

Ultimately, you will come to understand the central message of this ancient text: When the power-hungry world seems overwhelming and you feel small, God can empower you to overcome anything.

Rev. Kevin Hopkins has served for 37 years as an educator, business owner, worship pastor, and senior pastor. He holds a Music Education Bachelor’s from Oklahoma State University, a Master of Religion from Southern Nazarene University and has completed Ph.D. studies at Capella University. Rev. Hopkins holds a certification in Enrollment Management from Noel-Levitz, a certification in Natural Church Growth, and is a Gallup Strengths Coach. He is a sought-after presenter, speaker, lecturer, instructor and preacher. He was previously published in the disciplines of music notation and Strengths Theory. He has four grown children and enjoys golf and fishing.