by Roy A. Stacy 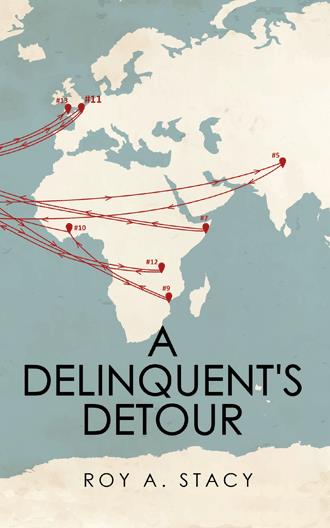 After a troubled youth and police inspired enlistment, Roy Stacy worked his way through junior college and then University earning a BA in Political Science, a first Masters Degree in Public Administration and then a second Maters Degree in International Development. His early career choice to become a lawyer with the possibility to run for public office, changed abruptly during the summer of 1961 with a trip to India. Following his graduation from George Washington University, he joined USAID as a Junior Officer Trainee. He spent the next 35 years working in virtually every corner of Africa with USAID. He ended his US Government service in 1989 having served as a Deputy Assistant Secretary of State for Africa and reaching the highest rank in the US Foreign Service that of Career Minister. After 1989, he worked for the World Bank and did numerous consultancies for the United Nations. As a consultant he worked to launch an initiative for food security early waning systems. This is his first book.

Roy A. Stacy grew up on Oahu, one of eight Hawaiian Islands, a paradise on earth until Dec. 7, 1941, when he witnessed the horrors of war.

As he finished washing the family car with his father, several hundred fighter aircraft came over the Pali Mountain on their way to the U.S. Navy base at Pearl Harbor. For a four-year-old boy, the explosions were terribly impressive.

In this memoir, he recalls growing up on the island, the years after the war, and the struggles his family endured – especially after moving to California in 1949.

Life in Southern California was not easy for a Hawaiian kid, and Stacy’s mother placed him in a religious boarding school where discipline was the norm. But he began running with the wrong crowd anyway, becoming a juvenile delinquent.

To avoid going to jail, he enlisted in the military, joining the U.S. Air Force in 1955. Serving his country ended up being the rewind, erase, and reprogram opportunity that he needed – and he went on to serve in key positions with the United States Foreign Service and the U.S. Agency for International Development.

Join the author as he looks back at going from being a delinquent to a statesman who traveled the world in this memoir.

Roy A. Stacy was born in California and raised in the Hawaiian Islands until his early teens. Returning to California with his Mother, he became rebellious and turned to delinquency following his parent’s divorce. Threatened with imprisonment at age seventeen, Roy joined the U.S. Air Force and he excelled in his military studies, earning the American Spirit of Honor Medal in 1956.

Following his discharge from the Air Force in 1959, he worked his way through college and university before joining the United States Agency for International Development (USAID). For thirty-four years he worked in Sub-Saharan Africa in the fields of food security, health care, primary and secondary education becoming an Agency Mission Director and Senior Manager. In 1987, he was appointed by President Ronald Regan to the U.S. State Department as Deputy Assistant Secretary of State for Africa. He retired from the U.S. Foreign Service in 1989 with the rank of Career Minister.

However, he continued to work with the World Bank, the United Nations Food and Agriculture Organization (FAO) and the World Food Program (WFP) until finally retiring in 2017. He now lives in Brittany in Western France with his wife, Jana Charters. This is his first book.