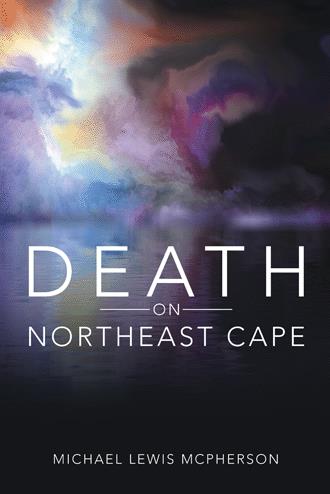 Captain Mel Sciortino was a dead man . . . he just didn’t know it yet. Without glancing around, he exited the top-secret Operations Building, walking down stairs to the tunnel connecting the Operations Building with the main site of the base where normal activities of an American air base were housed. The site at Northeast Cape on St. Lawrence Island in Alaska, had various workers who didn’t need top secret clearance: cooks, secretaries, flight line mechanics, radio technicians, and a half-dozen more. Those who worked in the Operations building were busy intercepting Russian communications, and anyone not doing that could not know exactly what was happening in that mysterious building.
Mel wasn’t dressed for the outside, wearing only his fatigues. Usually he had a chance to put on warmer clothing, but he had left his living quarters in a hurry to run to Operations. He thought that he had found some information that might identify from where exactly illegal radio messages had been sent. He knew he had an answer to give to the base Commander, Colonel Eric Petrie.
He was pleased that the Air Force had built the tunnel a year before in 1961. Walking a quarter of a mile outside in the frigid weather of an Alaskan winter was not something he would have relished, but the separation that Operations needed from the main airbase site was critical. He knew that previous Air Force officers and enlisted men had not had a tunnel to get them from one place to the other, and he was very happy he had it.
Mel’s mind switched gears to a current security problem, and as he thought deeply about it, he knew that someone in Operations was sending classified information to an outside source. There was indication that whoever was sending data was someone inside, but the connection hadn’t yet been pin-pointed. There were too many radios on the site and detecting the actual source had not yet been successful. There were signs that more than one airman or officer might be involved, so the officers at Elmendorf Air Force Base in Anchorage started listening to the very brief radio transmissions, hoping to identify the source, but it hadn’t done so yet.
The barely finished concrete tunnel was not heated, but it didn’t take long to get from one building to the other by tunnel, which is why the Air Force didn’t heat it like a building. Given the temperature outside, the almost-quarter-mile tunnel remained cold, but without the drifts of snow nor the Arctic wind whistling off the Bering Sea to between the buildings.
Mel was looking down and was lost in thought as if studying the floor as he walked and failed to see another person coming toward him in the tunnel. Even if he had seen the man, it would have been someone he recognized without sensing danger. He knew everyone on the site, but as he looked up, the bullet tore through his forehead, killing him instantly. There wasn’t even time for Mel to be surprised.

Although considered American soil, St. Lawrence Island in northern Alaska is geographically closer to Russia and home to the Northeast Cape Air Force Station. At this remote post, a group of servicemen intercept Soviet radio communications and translate Russian correspondence to English for military purposes.

However, something suspicious is going on. Someone on the inside is sending classified information to an outside source. The first captain who finds a clue to the traitor’s identity is killed, and so begins a string of murderous attacks on the U.S. airmen stationed at the site.

The CIA sends a criminal investigator to the Cape, but he is incapable of capturing the spy and ending the murders. Two officers must fight to stay alive long enough to uncover a ruthless killer and stop his brutality before all American’s secrets are revealed to the enemy.

Michael Lewis McPherson began his career as a professional actor, director, and writer. He has written several plays and short stories, but Death on Northeast Cape is his first foray into mystery fiction. He is happily married and a staunch animal lover and defender. He served as a theater professor at California State University, Loyola University, and Pasadena Community College.